Carrying on traditions with Lunar New Year at TJ 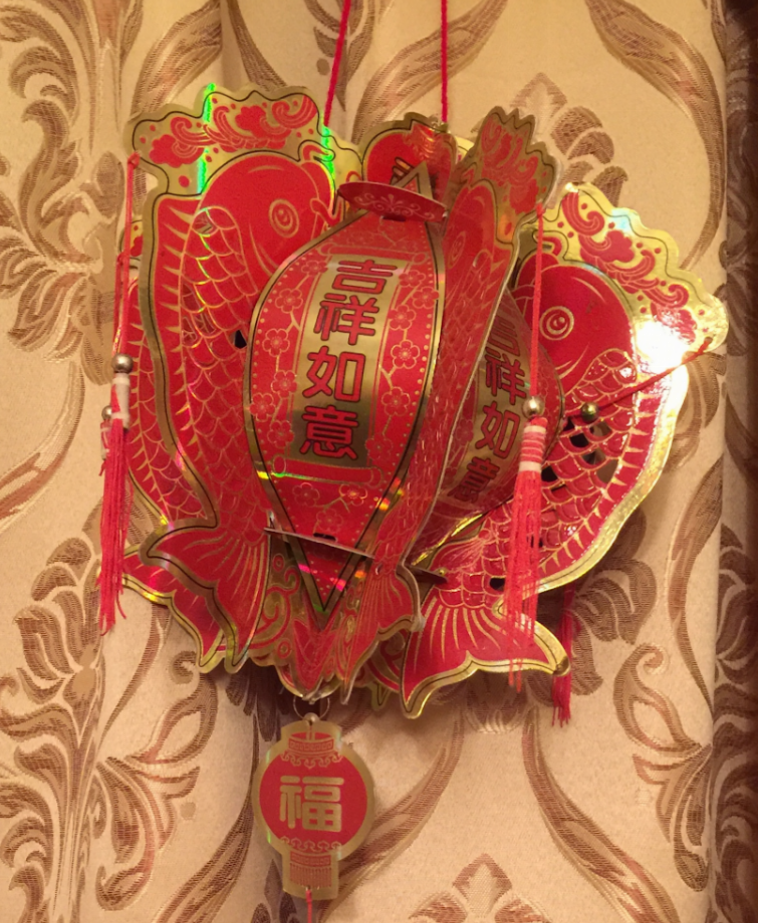 A red lantern that is meant to be hung up on a wall symbolizes wealth, happiness, and a bright future.

Lunar New Year, also known as Spring Festival, is an eleven day holiday that ended on Feb. 15.  It is celebrated by several Asian countries, including China, Korea, Vietnam, and Laos. Due to the predominantly Asian demographic that TJ has, this holiday is especially relevant at our school. This year is the year of the pig, the 12th of the 12-year cycle of animals in the zodiac.  To celebrate, second period Chinese 3 welcomed the new year by watching performances broadcasted on Chinese national television and cutting and folding paper into the shape of a pig.

So, how do TJ kids celebrate Lunar New Year outside of school?

“We eat dumplings, I received a red packet from my parents, and we had to clean the house the day before.  That was my least favorite part,” freshman Melissa Wu said.

It is crucial to clean the house the day before Lunar New Year in order to sweep away the bad and make room for the good.  Other superstitions and taboos include not getting a haircut and skipping showering on the new year to make sure the good luck isn’t washed away.

I, for one, spent Lunar New Year video calling family in China and eating fish to represent wealth and surplus in the new year.

A lot of the Asian-Americans at TJ are second generation immigrants whose parents grew up in a different country. Although we live in America, it is important to embrace our heritage and continue traditions.  This is what makes TJ such a colorfully diverse environment to be in.