Colonials advance to playoffs with win over South Lakes 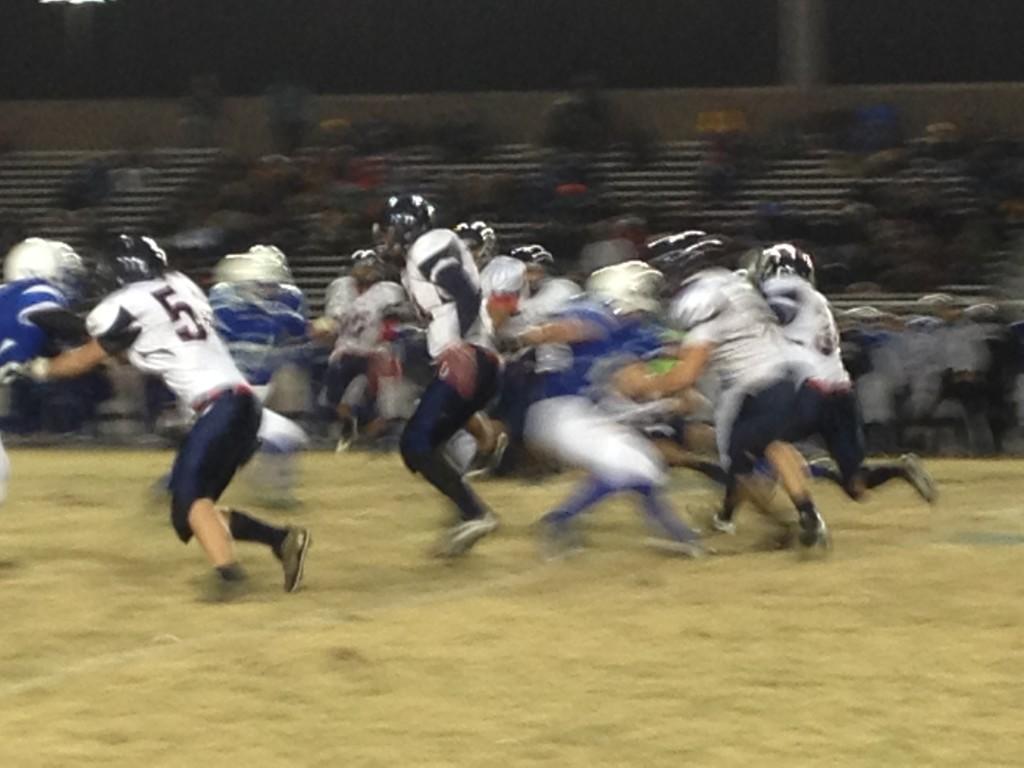 The Colonials defeated the South Lakes Seahawks yesterday in a shutout with a final score of 36-0.

The game started with a strong showing from South Lakes, who nearly scored twice in the first few minutes.  Jefferson made two interceptions in their own end zone, preventing a Seahawk touchdown.

Senior running back Patrick O’Connor scored the only touchdown of the half for the Colonials.

The Colonials dominated the second half, as senior running back Rashad Laher and O’Connor rapidly worked the ball down the field.  After Laher scored the first touchdown of the third quarter, the Colonials were forced back 10 yards by two penalties for false start, but senior quarterback Nick Mattes still managed to throw a 2-point conversion.

Senior offensive and defensive lineman Scott Gibson contributed to the score by blocking a Seahawk punt, giving the Colonials a first down on the five which was quickly turned into a touchdown.

“We capitalized on their mistakes,” senior center and defensive end Jack Brown said.  “After a close first half, we were really able to finish them.”

With the victory, the team will move on to the playoffs next week.  The next opponent will largely depend on the outcome of the game between McLean and Langley.