In Defense of Pineapple on Pizza 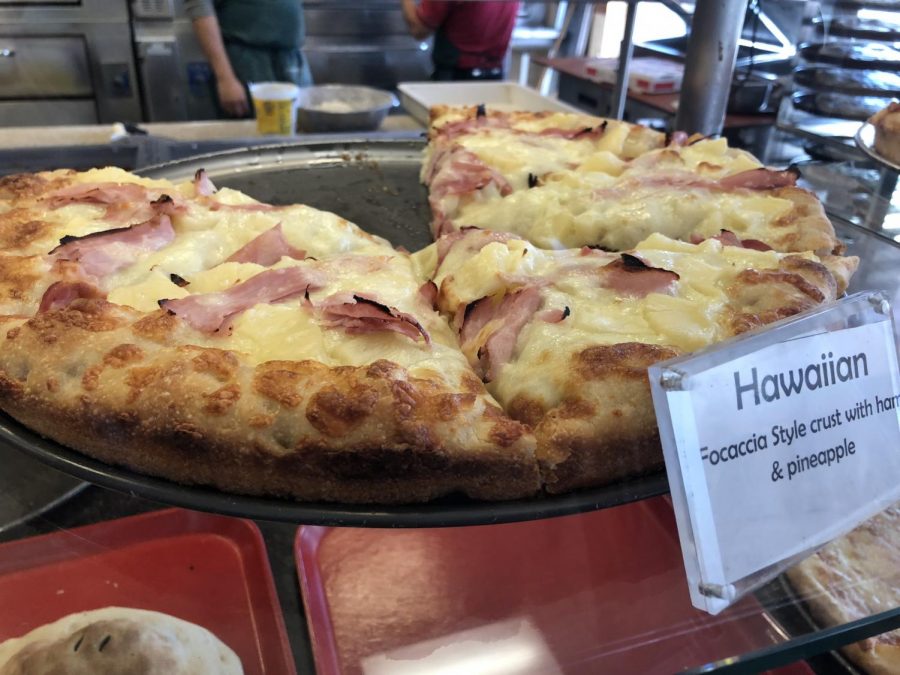 Whether or not combining pizza and pineapple is a good idea, the debate is one of the most extreme in the food world today.

Disclaimer: This is an opinion article. As such, it represents the writers’ take on the debate. Please do not take offense to any views presented. All opinions are welcome.

This February 9 marks the 35th annual National Pizza Day. It’s no surprise that the day celebrating the American favorite exists, considering that, according to pizza.com, Americans consume 100 acres of the dish a day. Although pizza is loved by most, there is some debate over pizza in conjunction with a certain ingredient: pineapple. The debate has existed since pineapple was first put on pizza at a small Toronto restaurant in 1962, but it became particularly heated online in Jan. 2017.

The debate on whether or not pineapple belongs on pizza extends to our own population here at Jefferson, as well as to us, your humble authors. The two sides both have strong opinions, mostly based in fact, so the debate is impossible to consider without taking a closer look at the two sides first.

The anti-pineapple people argue that the flavor and texture of the fruit make it out of place on a savory dish like pizza. The sweetness and acidity combined with the richer flavors of pizza seem too harsh together.

“Pineapple is acidic and when it’s with the cheese [on pizza] it just tastes like vomit,” freshman Sophia Suganuma said.

The pro-pineapple side feels that the sweetness of pineapple perfectly complements the richer flavors of the sauce, cheese, and crust. Some on this side also find that an additional spicy component, such as peppers or the hot sauce on the original Hawaiian pizza, are the best accompaniment to the chilly juices of the pineapple.

“I like pineapple and [jalapeños] on pizza, they balance out,” freshman Jayashree Ezhilarasu said. “And the pineapple [just] goes well with the pizza.”

Pineapple on pizza is arguably the way to go because of the perfect contrast between sweet, savory, and spicy. The addition of the fruit is a refreshing way to add flavor to the pizza, which is a delicious dish regardless of toppings but can sometimes be too heavy on savory flavors. Additionally, the Independent, Huffington Post, and Expanded Ramblings all ranked pineapple as the ninth most popular pizza topping in their surveys, meaning pineapple pizza lovers are not lunatics like the anti-pineapple side suggests.

Many also argue that pineapple on pizza is wrong because it is not an original Italian topping. People all over the world put things on their pizza that Italians originally did not. The Swedish put banana curry on theirs, Brazilians top their pizza with green peas, and pizza with mayo and potatoes is very popular in Japan. Americans do that too, putting things like buffalo chicken and lobster on a dish that was originally topped with things like pork, olives, and basil. The way we eat our pizza has evolved over time, and the ingredients and toppings have as well. Aspects from different cultures were added to the mix, making pizza not just Italian but universal. While pineapple on pizza does not actually originate from Hawaii as the name would imply, it celebrates the spirit of innovation people have in making foods their own. Pineapple on pizza is not only delicious, but a union of different cultures over one dish.

Others reject pineapple on pizza because they believe fruit has no place on pizza. We implore you to think about the main components of pizza: the crust, the cheese, and the sauce. Tomato sauce is the most commonly used sauce for this savory dish, and, as some may recall from shocking revelations in elementary school, tomatoes are fruits. Enough said.

In our opinion, pineapple on pizza is a perfectly viable option. The sweetness and juices of the fruit cut through the monotony of savory flavors pizza can sometimes have. Additionally, its mere existence reminds us that food is more than what it was made to be, and that those who consume it also have the power to improve it and make it unique.