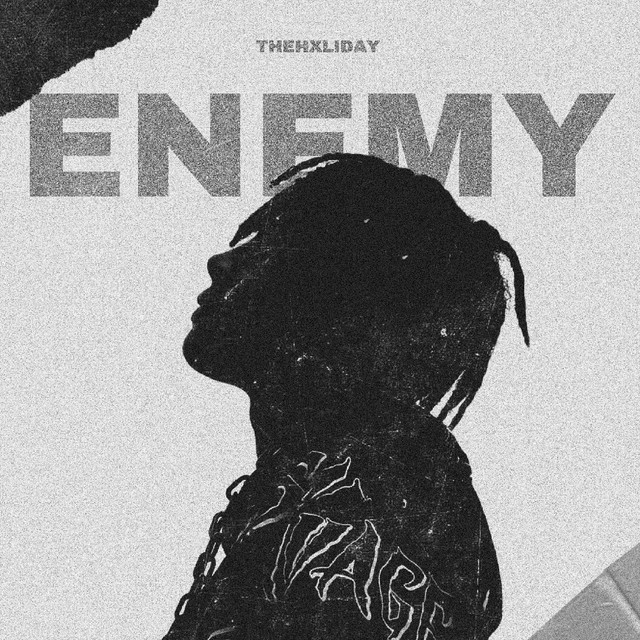 On Jan. 21, young rapper and singer, TheHxliday, released his debut single titled, "Enemy." It's a catchy bop filled with melodic synths and lyrics about heartbreak and love. Photo courtesy of Spotify.

TheHxliday may seem like an unfamiliar name to you right now, but soon enough, you will be hearing his name everywhere. He has been rising to the spotlight ever since he dropped his first debut single, “Enemy,” on Jan. 21.

“Enemy” was released on all streaming platforms, along with a music video. In only 3 days since uploading, it garnered over 100,000 views and the number continues to rise. With promotion from major hip-hop sites such as Lyrical Lemonade and Elevator Magazine, the new single is getting out there. On Spotify, the track currently boasts 140,700 plays.

This is most likely your first time hearing about TheHxliday, but it won’t be your last. He’s just starting to gain traction. While most of us spend our teenage years in the classroom, this 17-year old from Baltimore has been working in the studio for months, producing a wide collection of hits he plans to release in the coming year. “Enemy” is only the first.

Although “Enemy” is his first official release with his label, TheHxliday has been working on music for years, originally posting his songs to Soundcloud, a popular streaming site. The site is the home of many famous rappers today such as XXXTentacion and Lil Pump. However, TheHxliday brings a new sound to the table that stands out from the rest. All of that is displayed in “Enemy.”

Simply put, “Enemy” is a song about heartbreak. The catchy chorus, “I don’t think I love you anymore” is something that can resonate with anyone who has been through a breakup, reaching the end of a rough relationship. The lyrics all express the bundle of emotions one goes through during a hard time. It’s packed with analogies and metaphors that give us a look into what we really feel sometimes, like “I got a hitman, his name is depression. Killed all my feelings, killed my emotions.”

What I find unique about the song is the whole vibe it brings. It’s not entirely rap, but blends in a mixture of pop. “Enemy” gives us lyrical, yet melodic rap verses over an instrumental packed with out-of-this-world synths I haven’t heard before. The musical elements make it a catchy song I could jam out to in the car or at a party. Yet, the lyrical elements also make it a sad song anyone can relate to during heartbreak. It tugs at your heartstrings but also gets you dancing and singing along.

In a world where a lot of songs in the rap/hip-hop genre have similar styles, I’m definitely glad I found TheHxliday. He carries an energy and brings a unique sound I’ve heard from no other artist. Hearing “Enemy” and his other songs on Soundcloud, they seem to never get old. They’re timeless, original, and yet relatable at times.

After hearing “Enemy,” I’m excited for all the bops he has in store for the world. TheHxliday is a young, upcoming talent and this is just the beginning. For now, I’ll sit back and keep “Enemy” on replay while TheHxliday continues to rise and make a name for himself.