How Female Presidential Candidates are Changing the Game 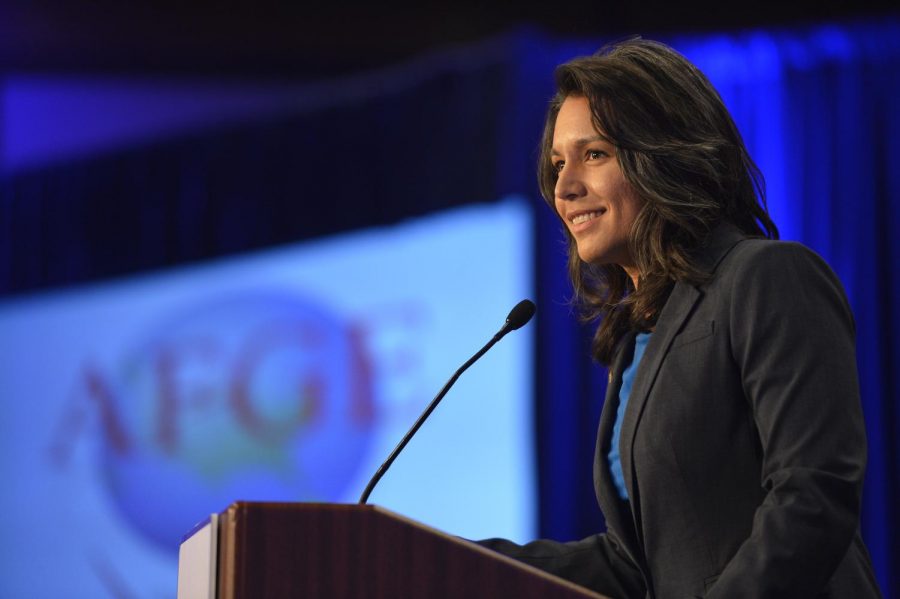 As Democrats are looking to unseat President Trump in 2020, several prominent figures have emerged as possible contenders to be the 46th president of the U.S. Sen. Kamala Harris officially announced her bid on Jan. 21, and other potential candidates include Sen. Elizabeth Warren and Sen. Kirsten Gillibrand. Rep. Tulsi Gabbard has also officially entered the race. These female candidates are unique because they represent a new, younger generation with different ideas for the future.

These women were elected to their respective offices because of their youth, ideals, and an increased support for female candidates. All four of them ran on platforms considered more liberal than usual Democratic stances. Changes like an increased minimum wage and medicare-for-all are gaining traction as millennials begin to face student debt and health problems, and this explains why these women have so much support.

Gabbard, Gillibrand, and Harris have all announced support for medicare-for-all, which has been described as extremely difficult or even unattainable by more mainstream Democrats. Gabbard was a co-sponsor of H.B. 676, which would basically create a universal healthcare system. “It’s time for the United States to guarantee #MedicareForAll. I’m proud to cosponsor H.R. 676, The Expanded & Improved Medicare For All Act, that would extend healthcare coverage to the millions of uninsured and underinsured people across our nation,” she said in a tweet on Mar. 18, 2018.

This is not the only unique stance the candidates have. Warren and Gillibrand called for U.S. Immigration and Customs Enforcement (ICE) to be removed. This garnered increased support after the Trump administration allowed for illegal immigrants to be separated from their children. The legalization of recreational marijuana is an issue which Americans are strongly divided on – in a poll from 2016, 49% of Americans supported it as opposed to 47% who didn’t. Although the issue is somewhat controversial, Gabbard and Harris support the drug’s legalization.

Although America is polarized about these issues and many others, these four women have taken a clear liberal stance. Moderate Democrats and Republicans favor slower methods to achieve goals, such as incremental medicare-like bills which would provide increasing healthcare coverage, instead of a single universal medicare for all bill.  However, this would take a long time, leaving many Americans without needed medical assistance. Additionally, some of the candidates have received controversy during their tenure. Some Democrats were upset about Gillibrand’s involvement in the removal of Senator Al Franken, but as the MeToo movement gains support, Gillibrand may have made the right decision. Warren was criticised for listing herself as a minority at Harvard, but this was not considered when they hired her. Controversy is inevitable when you are a candidate who has unique positions.

President Trump currently has an approval rating around 42%, and Democrats are increasingly hopeful that they will unseat him. Gabbard, Harris, Gillibrand and Warren all have stances which strongly oppose Trump’s position on everything from medicare to immigration. These strong stances are looked upon favorably by younger generations, and this may result in the election of the first female U.S. president in 2020.