The story is in your hands 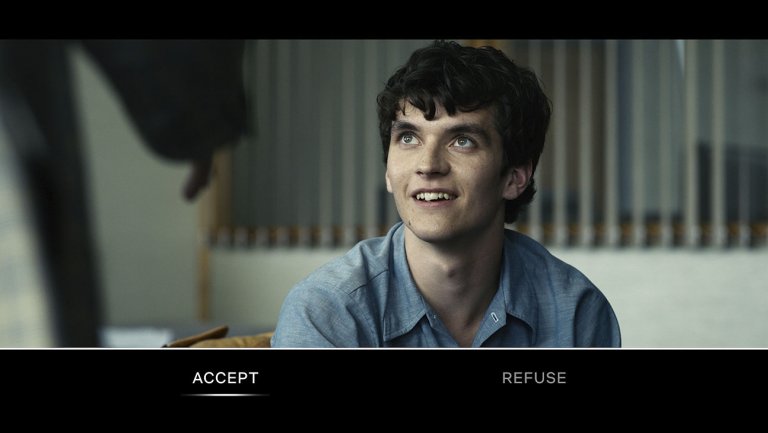 On Dec. 28, 2018, Netflix released "Black Mirror: Bandersnatch," an interactive film where viewers get to decide what the main character does. At certain points, the film prompts you to make a choice that affects the rest of the storyline and scenes that play out.

Ever since its founding in 1998, Netflix has only been growing. Starting out being the world’s first online DVD rental service, Netflix grew to become one of the most popular online streaming services. It currently has about 4,000 movies in its catalog, including documentaries, binge-worthy TV shows, blockbuster films, and Netflix originals. On Dec. 28, 2018, Netflix added something new into the mix.

One of their latest additions is a film titled “Black Mirror: Bandersnatch,” part of the popular Netflix original series, “Black Mirror.” This particular episode is not like the rest. It’s interactive, meaning viewers can make decisions for the main characters and determine where the plot goes.

This isn’t the first interactive special Netflix has done. In 2017, they started releasing animated interactive programs for kids, such as “Puss In Book” and “Minecraft: Story Mode.” However, “Black Mirror: Bandersnatch” is their first program targeted towards adults. It’s also live-action and features actors such as Will Poulter and Fionn Whitehead, who starred in the films, “The Chronicles of Narnia” and “Dunkirk,” respectively.

The concept for the film is simple. In certain scenes, the movie prompts viewers to make a decision on what the main character should do. It offers you 10 seconds to choose between two options before a default one is chosen. Your decisions determine the scenes you watch next and the path of the plot.

The film remembers your past decisions, which affects what decisions you need to make in future scenes as well. The many choices you can make result in trillions of different possible paths and permutations of choices. Amongst all the different paths, Netflix stated there are five main endings to them. At certain points in the film, you can return back to significant parts of the film and make a different decision.

Examples of decisions you can make include what type of cereal to eat, or what kind of music to listen to, which determines the film’s soundtrack. Of course, there are many major decisions I won’t mention for the sake of spoilers. In the end, “Black Mirror: Bandersnatch” is more of a game than a movie.

Apart from the interactive feature, “Black Mirror: Bandersnatch” has a unique plot that fits in directly with it. Its plot, which takes place in 1984, centers around a young, aspiring video game programmer named Stefan Butler, who is working on a game based off of “Bandersnatch,” an interactive novel with multiple endings. Tuckersoft, a popular game company, offers to distribute his game to the public.

Although there are many different alternate plots, they all center around Stefan’s struggle

to program the game in time and keep his sanity. As he tries to tie up all the loose ends and take care of the game’s innumerable paths, he begins to question his free will, wondering if the choices he is making are really his. The multiple plot paths offer different explanations for his struggle, sometimes humorous or sometimes dark and troubling.

The majority of the reviews for “Black Mirror: Bandersnatch” were positive. It was praised for its ambition, uniqueness, acting, and the smooth transitions between scenes after one makes a decision. However, many criticized it for being too gimmicky and not having a definite narrative.

“I give Bandersnatch a 5/10 because I see it more as an experiment than a movie. Although the interactive concept is intriguing, I think that the plot is kind of dull. The characters aren’t relatable and the film forces you to make disturbing choices you wouldn’t want to make. It tries to be a psychological thriller but I think it fails to do that,” sophomore Ameen Al-E-Jalil said.

For me, “Black Mirror: Bandersnatch” was unlike anything else I’ve seen on Netflix. Unfortunately, it didn’t have a solid conclusion in any of the 5 main endings and the narrative was confusing at times. Nonetheless, it’s a wild ride and I definitely recommend watching it if you are looking for a new kind of experience on Netflix.