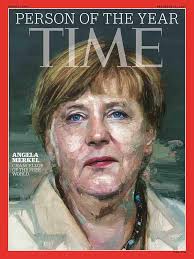 Here’s a man who does it all: planes (kind of), trains and automobiles. Elon Musk is the brain behind SpaceX, a private space exploration company; hyperloop, the ultrafast train of the future; and of course, Tesla, the futuristic electric cars of today. Musk’s other company, the (ironically named) Boring Company, just unveiled its new prototype for a car transport system that will eliminate traffic in big cities by using tunnels. Musk has already brought us a lot of cool technology in 2018, and its only a matter of time before he creates something new!

It seems that every year, Oprah Winfrey accomplishes something new that no one has ever done before. In 2018, Winfrey became the first black woman to win the Cecil B. DeMille Award for lifetime achievement at the 2018 Golden Globe Awards. Winfrey also had a busy year when it came to politics, not only hinting that she may run for President in 2020 but also in helping the campaign of Stacey Abrams, a Georgia governor candidate. Finally, Winfrey was the first black woman to be added to the Bloomberg Billionaires Index.

Jeff Bezos reminds me of the Elon Musk of retail. Bezos, who owns Amazon, is now the richest person in the world with a net worth of $136 billion! Bezos has made a name for himself as being innovative and forward thinking and is very hands-on with his running of Amazon. Bezos also owns the Washington Post, which may have been one of his reasons behind moving Amazon’s HQ2 to Northern Virginia. There is a lot to expect from Jeff Bezos in the very near future!

Technically, they are two people, but they are both such amazing people! Microsoft founder, Bill Gates, and his wife, Melinda Gates, donate a lot of their fortune to charity. Through their philanthropic organization, the Bill and Melinda Gates Foundation, the Gates’ help people all around the world overcome everything from poverty to deadly diseases. The Gates’ also help underprivileged children within the United States attain the education they need to become successful in the future. The Gates’ generosity is valued as they have saved countless lives across several countries.

Angela Merkel became the first female chancellor in German history when she took the post in 2005. Since then, Merkel has seen Germany through many difficult periods and has passed several important pieces of legislation. Now serving her fourth term, Merkel is a perfect example of powerful women in politics.

Here’s another case where just one person wouldn’t cut it. On February 18th, 2018, a school shooting in Parkland, Florida left 17 dead. In the days after the tragedy, Emma González and David Hogg, both of them students at Marjory Stoneman Douglas High School, became voices for change. Through countless interviews, and speeches, González and Hogg expressed their views on guns in America. While it was a tragedy that put them under a spotlight, it is their passion to ensure another school shooting never happens again, that keeps them there.

Meghan Markle was an American Actress before she took a page out of a fairytale and married a prince. Prince Harry of the Windsors to be precise! Markle set many “firsts” when she joined the British Royal family including first American, first divorcee, the first woman of color, Markle is now pregnant with the couple’s first baby.

Okay, this may not be entirely fair on my part. I promised 8, and George Bush and John McCain are definitely two people, but when you’re talking about people this influential, I just HAD to include them. Unfortunately, both of these individuals died in 2018, but their legacies continue to very much live on. Bush was the 41st President of the United States, while McCain was a Senator from Arizona. Both of these men fought for their countries early on in their careers. Even though they were both in the Republican party, they were respected by all of their colleagues and were able to bring people together. Bush and McCain were truly influential in American politics.