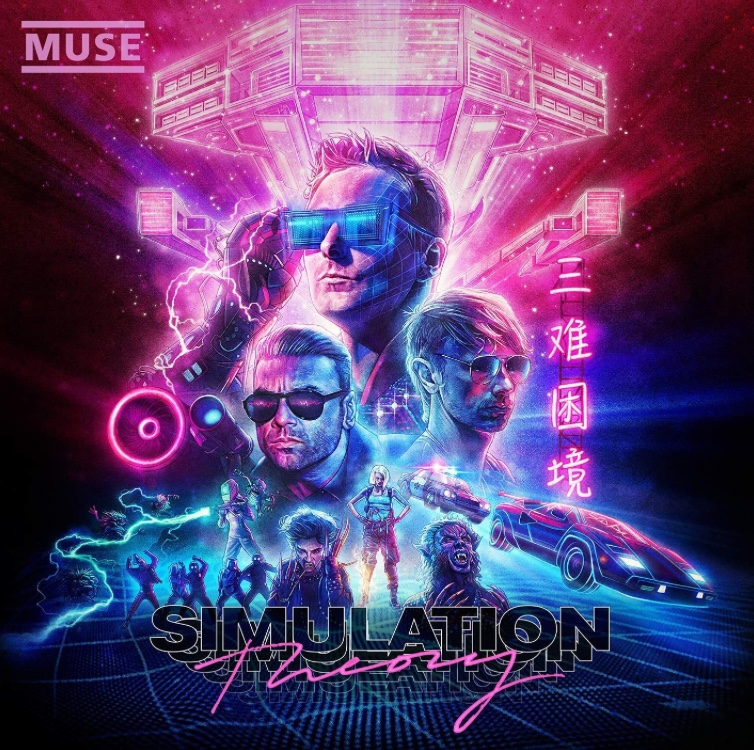 We’ve all listened to the radio. We’ve heard the Taylor Swifts, the Migos, and other mainstream artists. At the end of every year, we sit by as stations and news shows try to determine who the best was in the form of cheesy countdowns. But what about the unknown? The artists whose new releases didn’t hit the billboard? Well, don’t worry. We’ve done the work for you and listened to the new releases that are off the beaten path. Here are our top 8 underrated albums of 2018.

Electronic artist Joji had originally become notorious for his comedy videos released on his now terminated Filthy Frank YouTube channel. Since ending the channel, however, he’s been releasing lo-fi trip-hop music. On “Ballads 1”, he separates himself from his past persona by writing more serious music. Joji addresses themes of commitment and heartbreak, especially on the most popular single “SLOW DANCING IN THE DARK” about a couple whose relationship seems destined to fall apart. He collaborates with many different producers and rappers as well, with “CAN’T GET OVER YOU” (feat. Clams Casino) being one of the highlights of such collaborations. “Ballads 1” is another great album by a songwriter whose seems to increase in quality every release, and definitely deserves a listen.

In August, Muse entered the U.S. music scene with a bang, with their hit track “Madness” getting radio play for months after its release. However, since “Madness”, Muse has released very little notable music. That is, until November of 2018. Their new album “Simulation Theory” has shot across UK charts with catchy, powerful tracks such as “Pressure”, “Propaganda” and “Thought Contagion”. Yet, “Simulation Theory” received almost no recognition in the United States. With an electric twist on the typical, brit-style rock, and falsettos that give goosebumps, “Simulation Theory” easily gets a spot at number 7.

Currently, Ghost is one of the most unique bands in metal music, releasing their newest record on June 1, following the wave of their 2016 Grammy win for best metal album. “Prequelle” is a thematic change for the band, as it focuses on themes of Medieval Times and the Black Death. Musically, it is much more similar to hard rock and metal from the 70s and 80s. The first single, “Rats”, is about how the plague was able to be spread so quickly by rodents which carried the disease. Another highlight on the album “Dance Macabre” is a bittersweet disco-inspired song about partying as hard as possible because you know you’re going to die. Even with dark content, “Prequelle” is a great album for anyone who misses the arena rock of the 70s and 80s and the themes of an unavoidable death in the medieval ages only makes the album more unique.

Wide Awake, the latest record by punk band Parquet Courts, is by far their most danceable album to date. Lyrically, the punk follows in the footstep of many other political punk records, but the commentary never feels forced and comes across as very smart. The album’s opener, “Total Football”, uses the tactical idea of the same name – allowing players to switch roles throughout the game to what suits the moment – as a call to action towards all sectors to rise against oppressors. Similarly, the song “Normalization” comments on how society has become numb to new scandals or acts of violence, especially with how readily information is available online. Aside from the lyrics, the album is increadly funky as well, filled with upbeat songs that are great to dance to, and it should definitely be checked out.

MGMT reached early success on their first record, but since then has proceeded to only shrink further from the limelight steadily by releasing more alternative records. Despite this, on their latest record, “Little Dark Age”, they return to their roots with more catchy 80s synth pop, while still keeping a darker tone. The album namesake “Little Dark Age” is a great example, with punchy synths and a memorable chorus, all of which cleverly shadow the deeper themes of depression and identity loss. “Me and Michael” is another highlight, with a great hook as well as the most upbeat synth sound on the album. Fans of “Kids” and “Time to Pretend” from MGMT’s debut will definitely be satisfied with their more recent releases, and they should definitely give “Little Dark Age” a shot.

Superorganism’s debut album can be described as one of the most creative indie pop projects of the year. The combination of pop and psychedelic aspects, including a variety of different samples, flows perfectly. “Everybody Wants To Be Famous”, a commentary on society’s need for validation and fame, shines with everything you want in a song; catchy basslines, upbeat drums and stringy guitars, not to mention the litany of samples used, including sounds from nature documentaries, camera shutters, and even lines from motivational speakers, all further enhanced by lead singer Orono’s deadpan vocal delivery. Without a doubt, “Superorganism” is one of the most inventive records of the year.

You thought we forgot about hip-hop? Of course not! Denzel Curry’s “TA13OO” makes its way to the number 2 spot on our list. Full of catchy hooks, and clever lyrics that retain the criminal feel loved by American listeners, we were amazed at what little play “TA13OO” got. The simple, “CLOUT COBAIN | CLOUT CO13A1N” discusses Curry’s struggles with fame over a phenomenal beat. “TA13OO” is truly a must hear.

Car Seat Headrest began as the solo project of Will Toledo, who began releasing a unique blend of lo-fi indie music in 2010. On Feb. 16, 2018, he released “Twin Fantasy”, a re-recorded and modified version of an album of the same name, which was first released seven years prior. On “Twin Fantasy”, Toledo both succeeds in writing songs that are musically pleasing, as well as lyrically effective. What separates Twin Fantasy apart, is that in addition to good hooks and catchy choruses, Toledo breaks into separate movements with atypical song structures. As if that weren’t enough, lyrically, his writing is even more impressive. Toledo strikes a balance between vivid stories and characters, while at the same time making it truly relatable. “Twin Fantasy” is full of lyrically musically vibrant tracks, making it the best underrated album of 2018.

So what did you think? Did we get it right? Had you heard of these artists before? If not, take some time and listen, trust us, it’s worth it.