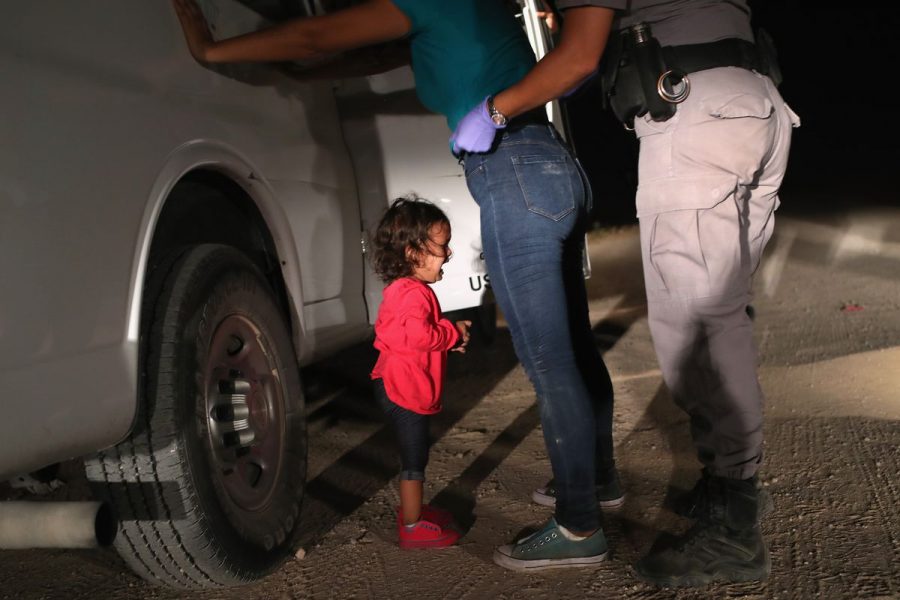 Photos showing the plight of children separated at the border went viral, sparking outrage and backlash to the "zero-tolerance" policy.

Several major stories came out of the 2018 midterm elections, which featured candidates for governor, both branches of Congress, and numerous positions at the state level. Regardless of whether the election results are considered a ‘blue wave’ of sweeping Democratic victories or not, the facts are that Democrats gained 40 seats in the House to become the majority party in the lower chamber and Republicans flipped two Senate seats to further cement their majority (Politico). The midterm elections also propelled a historically diverse group of legislators into power, including the first Muslim women, the first openly bisexual Senator, and the first openly gay governor (New York Times).

Seventeen. Seventeen is the number of people rescued from the Tham Luang cave network on July 10. When the cave’s rising flood water trapped 13 members of the Wild Board youth soccer team and four employees of the Thai Well Association, a group of international drivers came to the Tham Luang to begin a three-week rescue operation (New York Times). The rescue was a success and garnered global attention for its unique collaboration between the international communities in saving the lives of seventeen people.

As part of a “zero-tolerance” border policy that took effect in April 2018, the Trump administration began criminally prosecuting all adults who illegally crossed the Southwest border (USA Today). Since children could not be detained alongside their parents to await prosecution, this led to the separation of thousands of families before public and political outcry spurred President Trump to sign an executive order reversing the policy. On June 26, 2018, a California federal judge ordered that all separated families be reunited within 30 days, but reports suggest that far from reunification, some families are still being separated. As much as the story of border safety and the methods taken to ensure it dominated 2018, it appears the issue may remain in the spotlight throughout this year as well.

The first Hollywood movie in 25 years with an all-Asian cast, Crazy Rich Asians brought to light a new direction in the diversity of the actors and actresses in studio movies. Its depiction of a unique Chinese culture through the lens of romantic comedy garnered much success in the ticket sales. In fact, Crazy Rich Asians generated $35 million in its first five days, breaking the $31 million record from the 2015 movie, Trainwreck (New York Times). Furthermore, it is the highest-grossing romantic comedy in the U.S. in a decade (Huffington Post). The movie’s main impact, however, remains steadily on its 100% Asian cast and the prominence of minorities making it to the big screen.

On Jan. 24th, 2018, former USA gymnastic (USAG) team doctor Larry Nassar was sentenced 40-to-175 years in federal prison on seven counts of sexual assault. The accusations of criminal harassment and assault began in 1992 when Nassar was a medical student. He sexually abused a 12-year-old girl under the disguise of a medical researcher. Since that time, over 150 women associated with the USAG and Michigan State University came forward and accused Nassar of sexual abuse in the wake of his criminal case in 2016. One of these women was Kyle Stephens (SBNation).

“You used my body for six years, for your own sexual gratification. That is unforgivable… Perhaps you have figured it out by now, but little girls don’t stay little forever. They grow into strong women that return to destroy your world,” Stephens said (SBNation).

On Feb. 14, 2018, a gunman used a semi-automatic rifle to open fire at Marjory Stoneman Douglas High School in Parkland, Florida, killing 17 people (NBC News). In the wake of the shooting, Marjory Stoneman Douglas students stimulated the national conversation around gun control, which culminated in the Mar. 24, 2018 March For Our Lives protest (Time). Hundreds of thousands across America and around the world showed their support for the movement by marching and donating, leading states to pass a range of new gun control laws to prevent another such tragedy. The suspect in the shooting, 19-year-old Nikolas Cruz, has been charged with multiple counts of premeditated murder and awaits a trial at which he is expected to plead guilty.

Meghan Markle, a former actress on the TV series Suits, married Prince Harry of England on May 19, 2018. With an intricate service in the St. George’s Chapel, Windsor Castle, the wedding served as a royal gathering among the prominent members of the international community. Some of these guests included actress Priyanka Chopra, actor George Clooney, Archbishop of London Anba Angaelos, and Oprah Winfrey.

Washington Post contributor Jamal Khashoggi, a critic of the Saudi Arabian government, entered the Saudi consulate in Istanbul on Oct. 2, 2018. He never walked back out. Despite initially denying any knowledge of his whereabouts, Saudi Arabia eventually admitted that Khashoggi had been killed (BBC News). Turkey claimed to have audio evidence of the murder, and further suggested that it was orchestrated by high-level Saudi officials. International backlash to Khashoggi’s murder was widespread and fierce, straining diplomatic ties between Saudi Arabia and its allies. While several nations, including the US, have levied sanctions against the 18 Saudis who were allegedly involved in the killing, it remains to be seen whether the nation as will remain a key economic and military partner in the Middle East.