Salamanders, Composting, and Oysters – How TJ Students are Saving the Environment 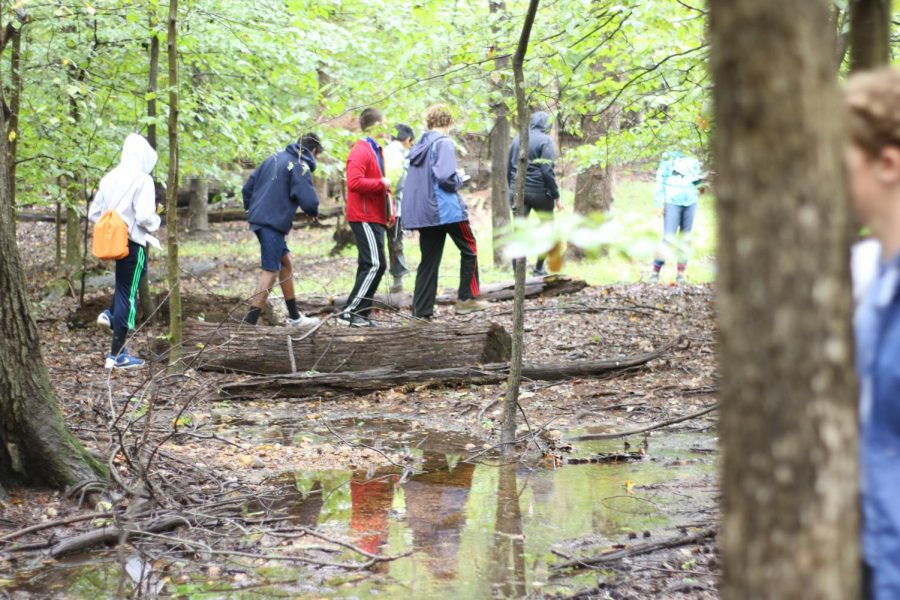 That’s a small number. But if the world’s average temperature rises by 1.5°C due to climate change, there could be severe consequences for all of us – increased flooding, storms, crop failure, and the extinction of many species. Climate change, extinction, and habitat loss have stumped experts and governments alike, but TJ students are fighting back against the environmental problems of our time.

“I think environmental issues are really intriguing because they meld science and policy. In order to make a change, you need both innovation and legislation”.  A member of TJEIC, Kathryn Yang, said.

One of the clubs spearheading environmental projects is the TJ Environmental Impact Club (TJEIC), which meets on Wednesday during 8th period B-block. They have committees for diverse projects such as recycling paper, composting and education.

“Currently, we are trying to involve ourselves in as many outside environmental projects as possible, such as the Solar on Schools and Smithsonian Design Salons” Yang said.

The club recently hosted guest speaker Karen Torrent, an environmental and energy attorney. They also attend the Goldman Environmental Prize, which gives awards to environmentalists from around the world. But TJEIC is planning to accomplish a lot more this year.

“We are still trying to obtain funding from the Partnership Fund to get EV Charging stations at TJ, and we also have a composter that we are planning to experiment with in the spring” Yang said.

There are many more environmental projects underway at TJ. In the oceanography lab, Serena Xia has been working to help the Chesapeake Bay.

“Since oysters are such a crucial organism in the ocean by filtering the water, my partner and I are trying to better understand disease resistance of oysters in the Chesapeake Bay,” Xia said.

Additionally, several IBET rotations have environment related projects, allowing students to do their own research and get experience with field work.

Freshman Niddish Lella, who is studying the effect of canopy cover on Spotted Salamanders for his IBET project, said “If amphibians die, then they die, and no one likes death, okay” when asked why he felt his study was important.

“I actually started becoming interested in the environment through the Science Olympiad in 8th grade, where I participated in an event called Green Generation.” Yang said.

“I’ve always sort of been interested in environmental sustainability since middle school, but I became more interested in marine biology after going to Cuba on a research expedition” Xia said. “Junior year I started an environmental volunteering project at TJ called Eco – Schools Leadership Initiative (ESLI), where we go to Weyanoke Elementary school and use interactive and engaging techniques to get young students passionate and interested in combating environmental problems.”

TJEIC has some resolutions for 2019 as well.

“It’s been pretty hard since our club membership drastically decreased from last year, but I am sure that EIC will be back up and running, even if it takes time and adjustment.” Yang said. “We plan to invite more guest speakers to TJ so we can get our school hyped about enviro policy and see it as a potential career.”