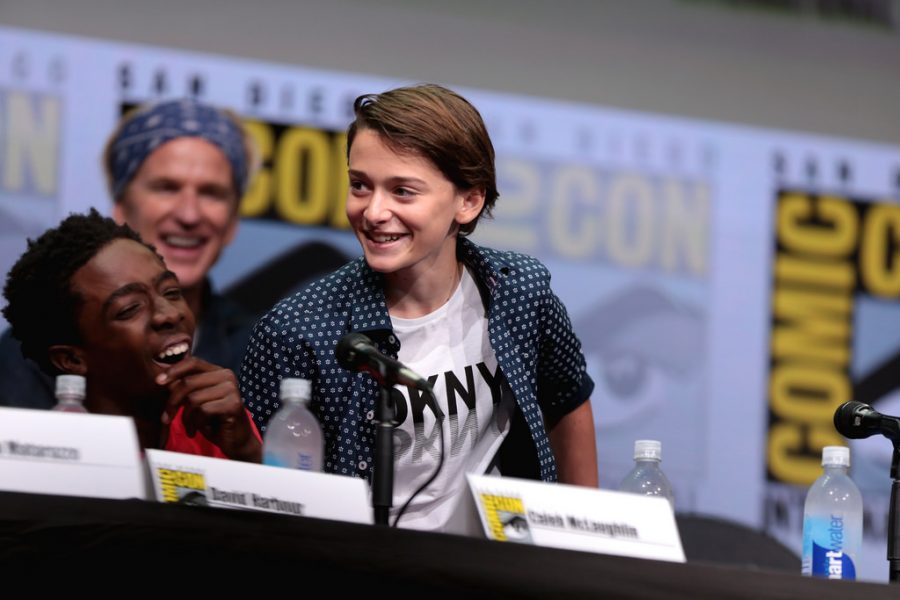 2018 was filled with star-studded TV shows and movies, and we also saw some new faces in the lineup. Here are the top 8 best young actors of 2018.

At just 15, Jahi Di’Allo Winston has made quite the name for himself in Hollywood. He became known for his role in Lion King on Broadway, but in 2018 he starred in the TV show ‘Everything Sucks!’. Luke O’Neil, played by Winston, navigates his freshman year in the 1990s, and it showcases the discomfort of high school with a new lens. ‘Everything Sucks!’ received positive reviews- showing the bright future Jahi Di’Allo Winston has.

When Storm was three, she knew she wanted to be an actress. Now, at 15, she is fulfilling her childhood dream. This year, Storm had a major role in ‘A Wrinkle In Time’ and she gave an amazing performance. As a sci-fi movie celebrating female empowerment, ‘A Wrinkle In Time’ expanded her capabilities as an actress. She is already filming for 2019, and fans are sure to see more of her soon.

Noah Schnapp has been acting since the age of five, and he’s racked up an impressive number of roles since then. The 14-year-old is best known for his award-winning portrayal of Will Byers on the hit Netflix show Stranger Things since 2016. He’s already filming for the third season of Stranger Things, and fans are eager to see his latest performance.

At just ten years old, Iain Armitage is already a star. The young actor is famous for his starring roles as Sheldon Cooper in the CBS’s Big Bang Theory spinoff Young Sheldon and as Ziggy Chapman in Big Little Lies. Fans fell in love with his funny and endearing portrayals of young characters on TV. He will be back for more in 2019– with 10.95 million viewers, Young Sheldon is almost guaranteed a season three.

15-year-old Fisher got her start voicing the character Agnes in the Despicable Me films. The actress skyrocketed to fame and received critical acclaim for her role in the film Eighth Grade, in which she portrayed socially awkward teen Kayla Day. Her performance in Eighth Grade won her a Golden Globe nomination, making her one of the youngest Golden Globe nominees in the history of the awards program. She is ready for 2019 with roles in The Addams Family and The Shaggand fans are more than ready to see her again on the big screen.

The Hate U Give. Where Hands Touch. The Darkest Minds. Everything, Everything. Amandla Stenberg’s latest performances are heartbreaking and accurate down to the last detail. The actress is also an outspoken activist for intersectional feminism (which is described as the combined effect race, gender, and class have on women) and for the LGBTQ+ community. Stenberg does not have any upcoming roles in early 2019, but fans are sure to see more of her later on.

16-year-old Finn Wolfhard had an eventful 2018. Between his prominent roles in the movie It as Richie Tozier and in the Netflix show Stranger Things, Wolfhard became a prominent figure in Hollywood and had the opportunity to work alongside experienced actors like Winona Ryder. The actor and member of Canadian band Calpurnia has more roles coming up in 2019- a recurring role as Tozier in It: Chapter 2 and a lead in the upcoming movie Dog Days.

As a well-known actress, Yara had an amazingly productive 2018. ‘Black-ish”, a TV show that Yara has starred in since 2014, ended this year. She played Zoey Johnson, and evolved greatly as an actor. Her career as Zoey Johnson isn’t over though- a spinoff of ‘Black-ish” called ‘Grown-ish’ premiered in 2018, and featured Yara Shahidi. Her career is certainly going to grow in 2019- both as an actress and an activist.