Highlights from the JNHS Oshogatsu celebration and calligraphy performance 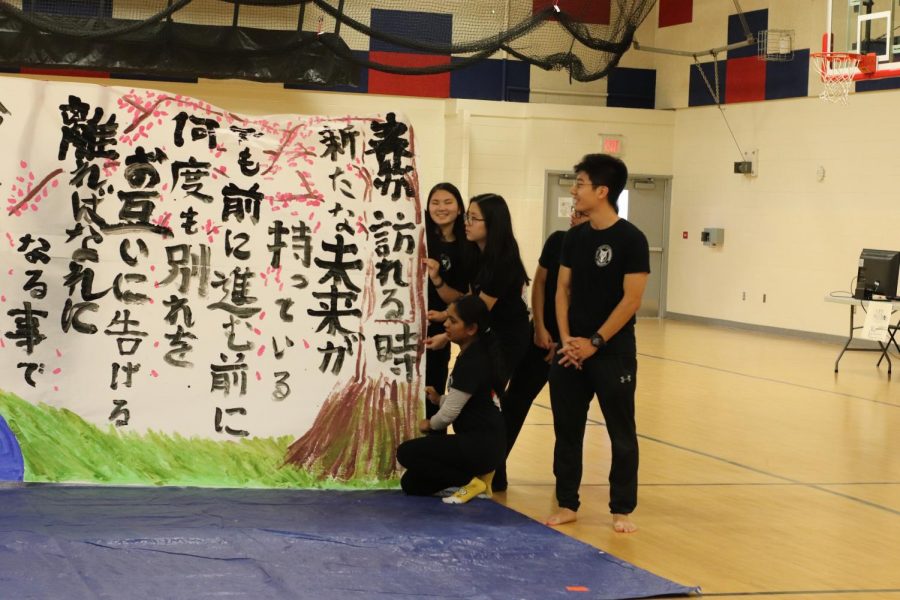 Senior Richard Wang explains the meaning behind their painting while his fellow peers hold up the artwork. The painting is performed every year and this year they decided to convey the message of growing up and maturing and essentially saying goodbye. This is due to the fact that many of the performers were seniors and used this as their farewell message.

This year’s Oshogatsu celebration hosted by Japanese National Honor Society is centered around the themes of growth and maturity. From the creation of traditional Japanese foods such as mochi and onigiri to a calligraphy performance, Jefferson students celebrate Japanese culture in a modern setting.