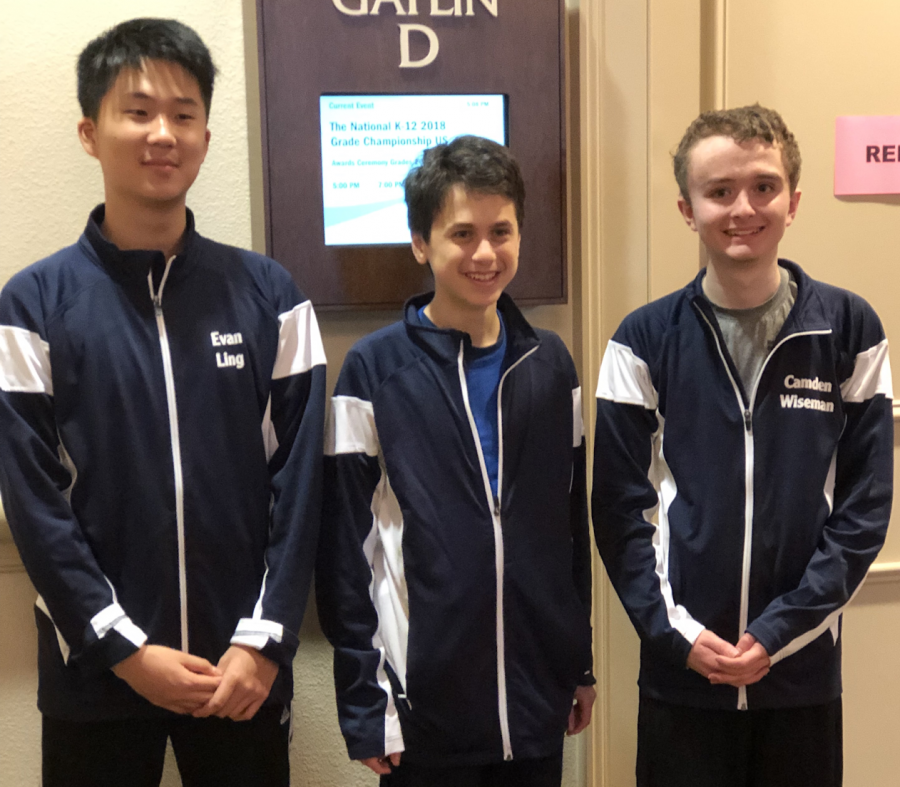 Members of Jefferson’s Chess Club attended the 2018 National Scholastic K-12 Grade Championship in Orlando, Florida from Dec. 14 to 16. The event is open to all people, but competition is divided based on grade levels. Overall, Jefferson students performed well at the competition, with the freshmen team winning first place in their grade level.

One student who attended this competition is freshman Andy Huang. He has been to the tournament twice before, most recently when he was in eighth grade. Huang has been playing chess ever since he was five years old and thinks of chess as a lifetime sport.

“I’ll definitely continue playing chess until college at least and continue with the club. I will probably go back to the tournament next year,” Huang said.

Freshman Geoffrey Davis was also on the team that competed at the tournament. He was first attracted to chess because of the unique nature of each game he plays.

“Time kind of flies, which is cool, because you’re just thinking . You don’t count the minutes in chess unless you get down to really low time,” Davis said. “I just really like thinking about the position, acting intuitively, and just playing a good game.”

Davis also appreciates the environment Jefferson offers when it comes to playing chess, especially the large number of students who are interested in the game.

“I’ve never really been on a team that had other players that went to these tournaments. There’s 50 people in chess club for two full sessions [in Jefferson], like it is kind of insane to be honest,” Davis said.

Such a large turnout every week is very different from what Davis was used to prior to entering high school.

“In elementary and middle school, no one ever was really into chess. In elementary school I did have some teams, but we never won anything, so this is kind of a first time experience,” Davis said.

Although he enjoyed playing chess at the tournament, Davis discussed difficulties that arose as he was also trying to complete schoolwork throughout the weekend.

“Balancing homework and chess was the hardest part of competing. We had a research statistics project and other [homework] so it was really difficult,” Davis said. “When I would come back to the hotel room after, I’d eat and I’d be doing homework. Other than that it was a great experience.”

With up to 50 spots open every Friday A and B block, Davis urges prospective members to join chess club.