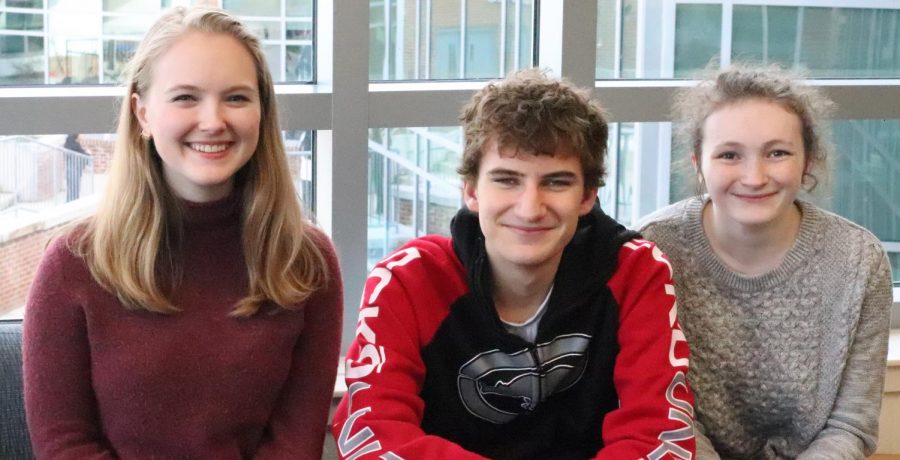 “The application process was more extensive. You need three teacher recommendations. And even though the essay is in person, you still have to [respond to] nine questions,” senior Sarah O’ Shay said. “It was kind of initially a joke for me, because I figured that I wouldn’t get in. I was just applying for the fun of it, but as I went through the application process it kind of got more serious for me.”

“I thought that tests were too easy [at base school], and I didn’t have a fun time learning because everything was so slow paced,” Elliott said.

When it comes to senior research labs, students are advised to have the appropriate prerequisites for at least two labs, but because of all of the other course requirements, this suggestion is difficult to achieve for some froshmores.

“I am not really even eligible for two [labs] right now. I’m technically [only] eligible for the microelectronics lab, because I’m taking two semesters of electronics classes,” Elliott said. “I’m not eligible for my second pick, which would be the automation and robotics lab.”

Senior research lab prerequisites are not the only classes froshmores have to fit into their schedules. They also have to complete other required courses, such as Research Statistics 1.

“I have to take stats this year since it’s a requirement for everyone,” current froshmore Sophia Troshynski said. “The only difference is that I have to take it as a sophomore.”

Another challenge that some froshmores face is finding friends immediately.

While Elliott doesn’t think that being a froshmore was all that bad, he does acknowledge that it was quite difficult in some ways.

“If I had to give advice to next year’s froshmores, I would just say don’t even pretend like you’re going to be an insider with all of the new groups at school, because you’re part of a different route,” Elliott said. “The 15 kids that I was with, in tech 10 stayed with me until junior year and they’re still some of my primary friends, [because] it’s hard to get into new groups.”

The most difficult part of being a froshmore for O’Shay was the acceleration of academics.

“I wasn’t used to the academic challenge given that I used to go to school in Prince William [County],” O’Shay said. “I’m pretty sure that this is a thing that many people here go through, but I feel like I was in a better standing at Forest Park.”

Entering Jefferson as froshmore has positive aspects too.

“At first, I wasn’t happy that I came because I really missed Forest Park, but then I kind of changed my mind because I feel like the culture here is more inclusive,” O’Shay said.

Elliott understands how lucky he is to attend a school like Jefferson, and even if it comes with some hardships, they are worth his while.

“There are times that I think that I wish I was back at my base school. But the vast majority of the time, I’m glad that I came here because while the school is demanding and it’s hard to make new friends and talk to people, I feel like I improve as a person every day I come to TJ. I think that [it’s] my biggest pro for the school,” Elliott said.