What is the Endgame? 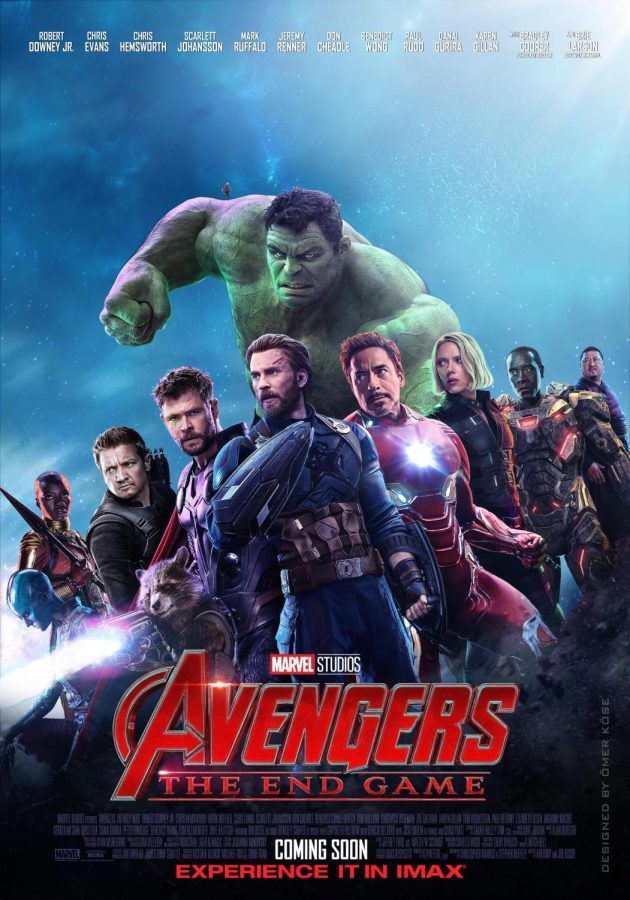 Photo courtesy of www.reddit.com. “Avengers: Endgame” will come out in 2019 and will hopefully answer our many questions.

After leaving fans with a chilling cliffhanger and a lot of unanswered questions, Marvel has finally released its trailer for the fourth Avengers movie, “Avengers: Endgame”. Despite being released a little over a week ago, the trailer has already racked up over 71 million views. It is speculated to tie up all of the loose ends created by the previous movie, “Avengers: Infinity War”.

The trailer starts off in a spacecraft, with Tony Stark talking into his Iron Man mask. He looks hopeless as he talks to the mask, relaying a message to his wife, Pepper Potts. He tells her that he is lost in space, but to not worry, and that “Food and water ran out four days ago. Oxygen will run out tomorrow”.

Less than a minute into the trailer, this scene cuts off, leaving many fans alarmed. Many have taken to twitter to tweet about their distress at Stark’s predicament. Others have angrily posted about how in 2008 Iron Man was the first Marvel movie to ever be released, and that the superhero deserves a better ending to his story.

After this clip fades out, a cross is shown amidst mountain tops, with what appears to be Iron Man’s suit on top of the cross. This further solidifies what Stark was saying about him being lost forever in space, as even the people on earth think that he is dead.

In “Avengers: Infinity War”, Thanos wiped out half of all living creatures. Fans saw their favorite Marvel characters, such as Loki, Spiderman, Black Panther, Doctor Strange, and the Guardians of the Galaxy disintegrate into thin air. There are many theories that they will return, but as of now nothing is known about the state of these lost heroes. In this trailer, we see a cameo of the surviving Avengers such as Captain America, Black Widow, and Thor. Captain America and Black Widow seem to be making a plan of some sorts in order to eliminate Thanos. However, after Captain America says, “I know it is, cause’ I don’t know what I’m going to do if it doesn’t,” if is clear that they are very wary of their plan and are unsure if it will work or not.

One interesting part of the trailer is when Scott Lang, more commonly known as Ant Man, appears. This is surprising, because earlier this year, the movie “Ant Man and The Wasp” was released, in which both Ant Man and the Wasp get stuck in the quantum realm. The movie ends like that, and creates a lot of questions for the audience. Hopefully, “Endgame” will be able to address us as to their whereabouts and let fans stop worrying about the duo.

This upcoming movie is sure to grasp the audience’s attention as it has a lot of loose ends to tie up from the previous movies, as well as address newer topics such as Captain America and Black Widow’s plan to destroy Thanos, and how the earth will be affected by this villain’s horrific advances to achieve leadership. Who knows? The disintegrated Avengers may come back, and along with the others, attack Thanos in full force to save the earth. Iron Man may return from space, and reinstall hope into fans and Avengers alike. On the flip side, it is possible Thanos will in fact destroy all life as we know it, and the Avengers we know and love will cease to exist. No matter what, “Avengers: Endgame” is sure to be an action packed finale to conclude this incredible series that has captured the hearts of many.