From visualizing words to viewing visuals 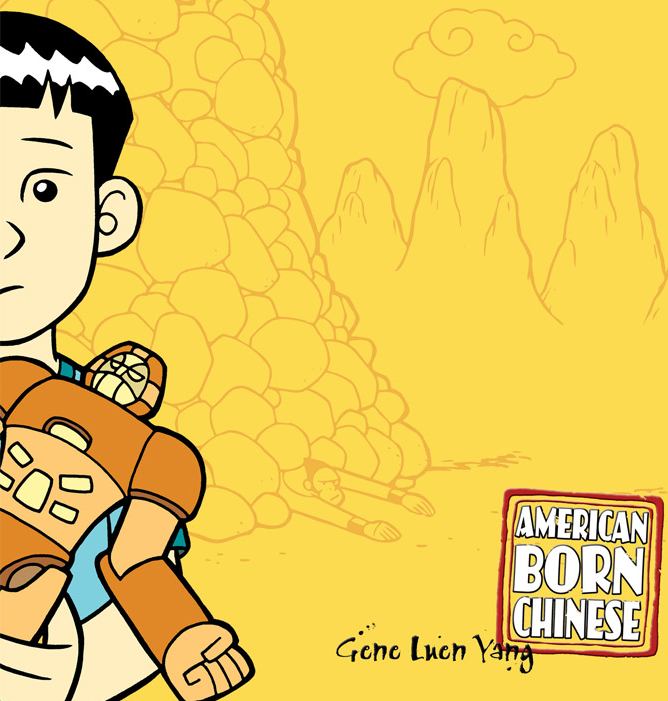 This year, the Jefferson English 9 Department is challenging conventional genres of literature. The team, lead by Dr. Michelle Boswell, has decided on including graphic novel American-born Chinese by Gene Luen Yang as part of the new curriculum.

“I read it and I mentioned it to the other teachers last year and then the other English 9 teachers were reading it and thought, hey this is actually something that we could do that would be interesting for 9th grade,” Boswell said. “It ties into archetypes but also it’s an immigrant story and its a story about stereotypes and feeling out of place and we just thought as our students are coming in as incoming 9th graders, that this might be something that could resonate with them and it would be something that’s fun and it offers the chance to do close reading and stuff like that.”

Freshman Jennifer Liu, whose class has finished reading the novel with their English teacher Nancy Glover, reflects on how her understanding of the story’s content was improved by the design of a graphic novel.

“[The book] is much more entertaining to read because of the visuals. The discussions were more in-depth because we were able to talk about more things and how the author drew things and made little details in the pictures,” Liu said. “Both art and writing played a big part in our understanding of the book.”

The teachers have used the author and illustrator’s work as a way to analyze more than the typical topics that are generally looked at with traditional books.

“A number of us are using it to teach close reading skills, so instead of, like in a traditional book, looking at symbolism and characterization and imagery, we are looking at maybe some compositional analysis, which is the choices that the writer or illustrator are making and telling the story in a certain way,” Boswell said.  “So we are giving them some background into graphic novels, we are doing some compositional analysis, and then we are looking actually at the thematic things.”

Freshman Rhea Dev, who is in English teacher Mary Kochman’s class, describes her experience reading the book as a part of a curriculum that is currently heavy on using traditional novels.

“I think it’s nice that we try out different types of literature that we can experience and graphic novels are a great way to stimulate thought in people,” Dev said. “It’s another great way to get the brain working because you can see how images also tie in with literature. It’s not just all about words and paragraphs.”

Freshman Atin Pothiraj, who has Ms. Glover, expressed his interest for continuing to analyze graphic novels in class as well as possible suggestions for one in the future

“[Reading a graphic novel] would be a lot more fun because the combination of words and pictures in a setting such as a comic book makes it so that it’s a lot easier for the author to convey their message,” Pothiraj said. “There is this graphic novel called Mau. It’s about how a son interviews his father about events that happened in World War II.”

As for reading other graphic novels, the positive reactions from both the students and the teachers as well as the analytical value behind them make it possible for more to be added to the curriculum.

“What we are trying to do is get rid of the presumption that a graphic novel isn’t worthy of study. I mean you can read a graphic novel really easily, but that doesn’t mean that there isn’t something rich in terms of the storytelling that is happening at the level of both the image and the written work,” Boswell said.