The new close friends feature on Instagram may be a step in the right direction for keeping closer relationships, but along with it comes other problems. 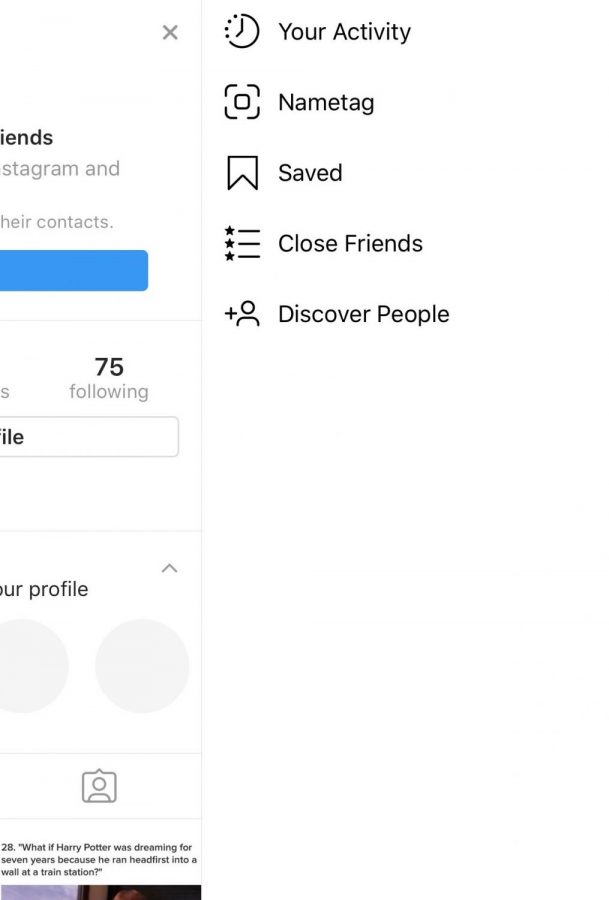 We check it every chance we have, our own little world growing with every follow request. Suddenly, this world becomes a universe, more than just a few friends. As our life growingly becomes less private, where do we draw the line on what to share?

“As you add more and more people [on any social network], you start not knowing them,” Instagram director of product Robby Stein said at a TechCrunch Conference. “To really be yourself and connect, and be connected to your best friends, you need your own place.”

This is what drove Instagram to create their new close friends feature. With this feature we can add or remove people to our close friends list without notifying them, and share private stories that will only be seen by the people on this list. While many different platforms, including Facebook and Google Plus have tried this in the past, none have been fully successful.

Many people often want a more private place to share their thoughts as with their main accounts, they are generally followed by people who they do not know well, or at all. For this, many users already have spam accounts. These accounts are often private and only followed by close friends of the user. This calls into question whether the close friends feature is necessary, as spam accounts already seem to provide this type of privacy.

“I tend to use the close friends list when I want to say something short and particularly weird. When I want to post something longer I prefer to use my spam,” sophomore Cate Granum said.

A common consensus  is that spams are used more often and with longer posts whereas close friends is generally used with shorter more random posts. However, because spam accounts can act as a distraction, some think that close friends lists are actually useful in that with spam accounts, one sometimes feels that they need to post often, and therefore, it becomes habitual.

“I think it would be even more distracting to post every day and manage two accounts,” freshmen Eshi Kohli said.

The platform itself is relatively easy to use, but even so, many users still prefer to use a spam rather than close friends. Most prefer this because they already have spam accounts, in general do not find as much use for the close friends feature, or like to vent out in longer posts. Others simply find it confusing,intimidating, and do not want to try it.

“I made the list of close friends, but it’s not complete because I became uninterested pretty quickly. I don’t actively use it because I feel like I can already communicate with my close friends through my spam account or through text so the close friends feature just seems a little extra or unnecessary to me,” junior Sweta Parajuli said.

Finally, a few find the implementation of privacy on Instagram useless as there are many other platforms in which we can have more private conversations such as Snapchat and/or Facebook messenger.

While instagram may have added this new feature with the intent of allowing us to privately share our thoughts, this could also have much of an effect on our mental health and social status. When choosing who to keep on our close friends list, we may feel pressured to add certain people to our list, or feel hurt when someone else does not add you to their close friends list. From the outside it may look as if Instagram is revolutionizing the way we think of privacy on social media, but digging deeper we may just see that it is actually pushing us in a more cliquey direction, allowing us to create small exclusive groups. This is bound to complicate an already problematic social dynamic, especially as a teenager in high school. In my personal opinion, this feature will do more harm than good. However, as any new feature, it will take some getting used to, and only time will tell whether or not this innovation takes flight.