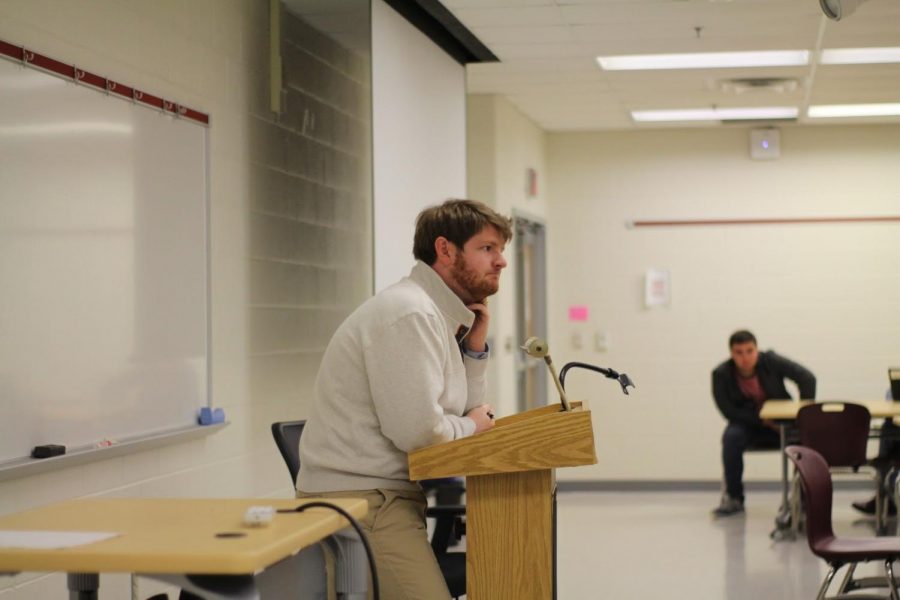 On Dec.  7, 2018 the Teenage Republicans Club hosted guest speaker Kyle McDaniel, a former politician who was affiliated with the Republican Party, to speak to students on his experience with the Party including his reasons for quitting, as well as for a reflection of his views on the current political climate. McDaniel’s focus mostly centered around Trump and his administration, and his experiences were used as a way to encourage students to become more politically active. One of the students who was at the event was the treasurer of the club, senior Wenxi Huang. Though his job mostly required him to manage the finances and the logistics of the club, he believed that getting this speaker and other similar ones was a great way to increase political awareness in the Jefferson atmosphere.

“One of our main goals at [Jefferson] is to destigmatize conservatism and republicanism,” Huang said. “Despite the name Teenage Republicans, I think the main purpose of our club is to increase political activity and discussion at TJ, so it’s less about conservatism and republican viewpoints when we interact with the rest of the school, but more about having that communication between the two sides.”

McDaniel was said to be a rising star in the Republican Party, and in fact, was considered as a candidate for public office. However, those plans ended when he could no longer stand the crude remarks of Trump. What specifically had triggered McDaniel to leave the party was his deplorable comments towards Haiti immigrants. Although no longer directly engaged in the government, McDaniel is still politically active enough to talk to students about his experiences in a more moderate view that both Liberals and Republicans can appeal to. Junior Sindhu Ragunathan is one liberal who attended the event.

“I think I was expecting someone far more radical than I actually ended up seeing. He had very moderate views and he himself was a very experienced candidate and not someone who just supported republican ideals.” Ragunathan said. “I really liked the way that he described his views on Trump and the change in our democratic process in this new election. He basically described how our election process was changed by the way Ttrump was conducting his own election because of the use of twitter and various other disparaging comments that he makes and I thought that was incredibly relevant and very, very true.”

McDaniel’s emphasis on Trump’s polarized elections and the statistics on anti-Trump sentiments wasn’t of great interest to all students, however. Senior Athilesh Thanigai was hoping that his talk would be more focused on policy as opposed to the fact that Trump has inherently changed the structure of politics.

“My question was ‘as someone who is politically active and been doing this for awhile is anything that Ttrump is doing or has done politically out of the norm and will it change the future norm,’” Thanigai said. “He  focused a lot on [Trump’s] behaviour and his tweeting. But my question was more on policy and actual relevant things he’s done and he didn’t really answer that.”

In the future, Thanigai expressed his interest in speakers who are more involved in policy.

As for these other speakers, Huang has believes that these speakers are another beneficial way to enrich our knowledge on all aspects of politics, aside from articles that our History teachers encourage us to read.

“I think a lot of us don’t have the tools or skills necessary to fully understand both sides until we get into our junior or senior year. We are really encouraged to read articles from different sides,” Huang said. “We are going to be inviting a lot more speakers to come. I think we are looking at Barbara Comstock next, Chris Sununu is coming in December, he’s the governor of New Hampshire.”