Eighth period makes it easy for students to relax and have fun at the end of the day. 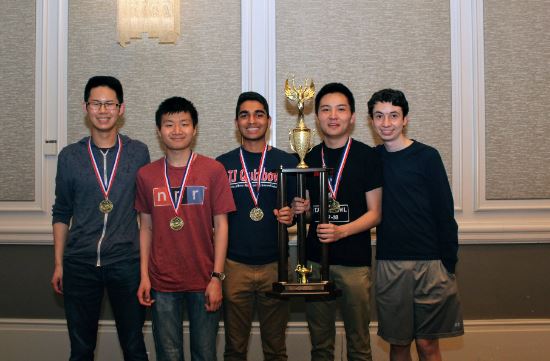 With the rigors and stresses that Jefferson comes with, it’s often difficult to find a place to let go and relax outside of school. However, in school, eighth period makes it easy to explore  your passions and interests in an environment that is not academically pressuring. With clubs in all sorts of topics, it’s easy for a student to find his or her favorite club at Jefferson. A student might even discover a new passion for something they didn’t even pay attention to before.

“Inside Jefferson, we have Marketplace, where students can sell their own products,” Future Business Leader of America (FBLA) officer Vishu Pentakota said.

Pentakota feels that while FBLA may not participate in activities outside of Jefferson because of the lack of business classes and experience at Jefferson, FBLA has a very large presence at Jefferson. Marketplace is very widely known around the school, and the club uses Marketplace as a way to interest future participants.

“I don’t think other schools have a club like FBLA, and at Jefferson we make it similar to a community learning center with interactive activities,” Pentakota said.

Pentakota thinks that it’s important to have a club where it’s easy to unwind after a difficult day at Jefferson. FBLA serves that purpose for many students, because it’s a non-academic club with very little pressure. Pentakota says that many students clearly engage in the discussion because of their interest in the field of business, not because they need to attend.

“We participate in many different levels of tournaments, and the lowest level is novice tournaments for freshmen and sophomores who have no experience,” Quizbowl co-captain Fred Zhang said.

Quizbowl is a club where students compete on many kinds of trivia questions and try to score points, similar to a trivia game show. While this sounds daunting to many students, Zhang says otherwise.

“For people who don’t want to compete that seriously, there’s another room where the questions tend to be easier. There’s no pressure to answer, so if you don’t want to play on a certain day, you can listen to the answers,” Zhang said.

Since Quizbowl is an eighth period activity, he feels that all the students who attend the club want to be there. Zhang thinks that the Quizbowl team fosters an environment in which students can have fun and learn cool facts at the same time.

Unlike Quizbowl, the Mock Trial Club has just begun to expand beyond Jefferson.

“It’s not a stressful environment at all. You can just sit out for a day and ask questions,” Berry said.

There is definitely a common theme in many clubs at Jefferson: they try to foster an area in which students are able to unwind.

“There’s a sense of camaraderie among our Jefferson Quizbowl teams,” Zhang said.

This is another commonality among many clubs at Jefferson, in that they try to keep their committed members together. In addition to that, a stress-free environment is a priority for almost all the clubs at Jefferson, so that students don’t have to worry about one more assignment or one more deadline in school.

“Our club encourages and endorses community learning,” Pentakota said. “We think that it’s a vital part of the Jefferson experience for students to talk to people of all sorts of age groups and backgrounds to get a more complete view.”