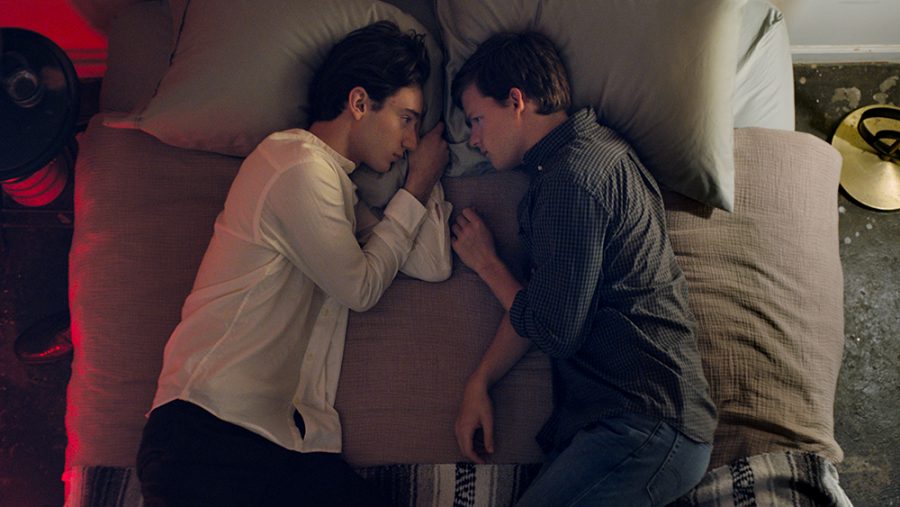 Image courtesy of Variety Magazine. Boy Erased provides touching moments amidst the heartbreaking story it sets out to tell.

Boy Erased is rated R by the MPAA for multiple explicit scenes, including sexual assault, drug use, and some language. Viewers must be 17 years old or accompanied by an adult to watch the movie.

As a practice, conversion therapy has existed for close to a century, stemming from Freudian influences claiming that psychiatric techniques could sway someone from their sexuality. Progressing into the 21st century, the practice has become less extreme but more widespread, as it’s used by many Christian groups claiming that homosexuality can be classified as a disease. By the end of 2018, only fourteen states have legally outlawed the practice against minors, and controversy has sparked from the harmful implications and almost cult-like secrecy in its performance.

Boy Erased, originally based off of Garrard Conley’s 2016 memoir of the same name, focuses on Jared Eamons struggle with his sexuality as a son of a strict Christian pastor in Arkansas. As he comes to terms with himself, he suffers through an intense, berating, and heartbreaking experience at the Love In Action therapy program. Tortured, humiliated, and rebuked, participants are subject to harsh and extreme methods of torture. Some are emphatic followers of the therapy, while others believe in simply playing the part the leader, Victor Sykes, requires of them. It’s a brutal subject that enlightens the viewer of the awful impacts of the practice and how distressing it is to be subject to it.

Where Boy Erased shines is in the family dynamics the main protagonist faces. Marshall Eamons, Jared’s father, strongly opposes his son’s own identity, whereas his wife, Nancy, seems to clearly go along with whatever judgement he deems as passing. It’s clear that Jared lacks a supportive home environment that confuses the integrity of what he identifies as, and that it leads to his initial attachment to the idea of conversion therapy. As we progress through the story, the character arcs – especially that of Jared’s mother – leave a profound emotional impact on the viewer, and their change or lack thereof to Jared’s predicament brings the dissenting viewpoints to the discussion of conversion therapy.

In bringing the topic of conversion therapy to the table, Boy Erased introduces some decidedly emotional turning points in alerting the reader of the negative impacts of identifying as homosexual and of conversion therapy itself. This not only includes practices used by so-called “converters,” which are horrific, but Jared’s past experiences, including a graphic rape scene by one of his friends, prove his experience as a gay man is one that is harrowing in today’s America. The discrimination he faces and the struggles he overcomes are simply just his – they represent many young people’s situation in decidedly Christian-dominated households, and this movie serves as an eye-opener to many about what these people face.

Boy Erased provides a phenomenally in-depth look into the awful truths of conversion therapy and what many young gay people face in deep-rooted conservative households. As a viewer, the film has left an indelible mark on me as I’m sure it will for many others as well, and experiencing Jared’s struggles through the film provides a wonderful outreach to alert the public of the dangers and awful truths of these programs. It’s a must-see film, for all the experience it grants the viewer, and a certain contender for many awards of the award season to come.