Eighth Period: Then and now

How freshmen experiences with eighth period have changed 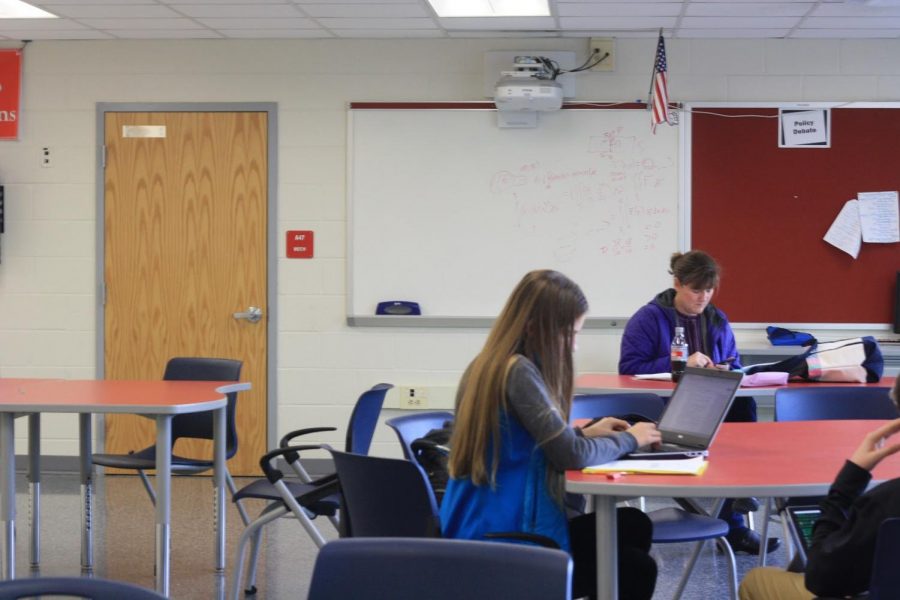 Freshman Carolin Kiewel works on Nanosat in the Galileo Commons. Nanosat provides her with a place to explore her passion for learning about new discoveries. “I like it because I learn super interesting new stuff that is being discovered,” Kiewel said.

While eighth period may feel like a regular part of the lives of Jefferson students, it’s important to remember that this is something that’s only part of the Jefferson community. When freshmen came to Jefferson, many of them did not know what to expect from eighth period and were nervous about finding clubs that they were interested in. But eventually, they adapted to this extra period and were able to explore the multitude of options that lay before them.

What surprised freshmen was how different eighth period was from what they expected. Many thought it would be different from actual after-school clubs at other high schools because it was built into the school day and was mandatory. They also were not aware of how much flexibility they had when it came to choosing clubs.

“I thought eighth period was run by teachers, and it would be like yet another class. I also thought you would have to do the same club for the rest of the year,” freshman Diya Dinesh said. “However I received … surprise when I discovered it was run by fellow students and that I could always change which club to participate in.”

One of the biggest challenges was finding out what each club was about. The eighth period fair was really the only chance to find out about the clubs,it was difficult to find more information about them without visiting their booths.

“I didn’t expect it to be that hard to find out what clubs were about and what I would do there. There should be better communication on what clubs do,” freshman Carolin Kiewel said.

Still, freshmen believe that eight period has been very helpful for adapting to the Jefferson community. It’s given them a chance to get ahead on schoolwork and explore their interests. Some have even found new passions that they were not aware of.

“[I like] that you can do whatever you want from study hall to clubs and change that every time based on what you need or want to do,” Kiewel said. “I could do something science related because that’s my interest, but I might also do study hall or a review block if I need it.”

In fact, eighth period has become so important to their school day that now freshmen wish it would be longer. They often feel like each block ends too quickly.

“The periods are a bit shorter than other classes, so we do not have as much time to participate in activities,” Dinesh said.

The variety of clubs and activities has even inspired some freshmen to create their own club in the future. The idea of creating a place for one of their specific interests is exciting, especially if there isn’t already a club for that interest.

“… if I would [create a club], it would be something related to chemistry. Like a competition or just learning more chemistry for fun… another idea [is] a documentary watching club.” Kiewel said. “I might actually look into starting that in a later year.”