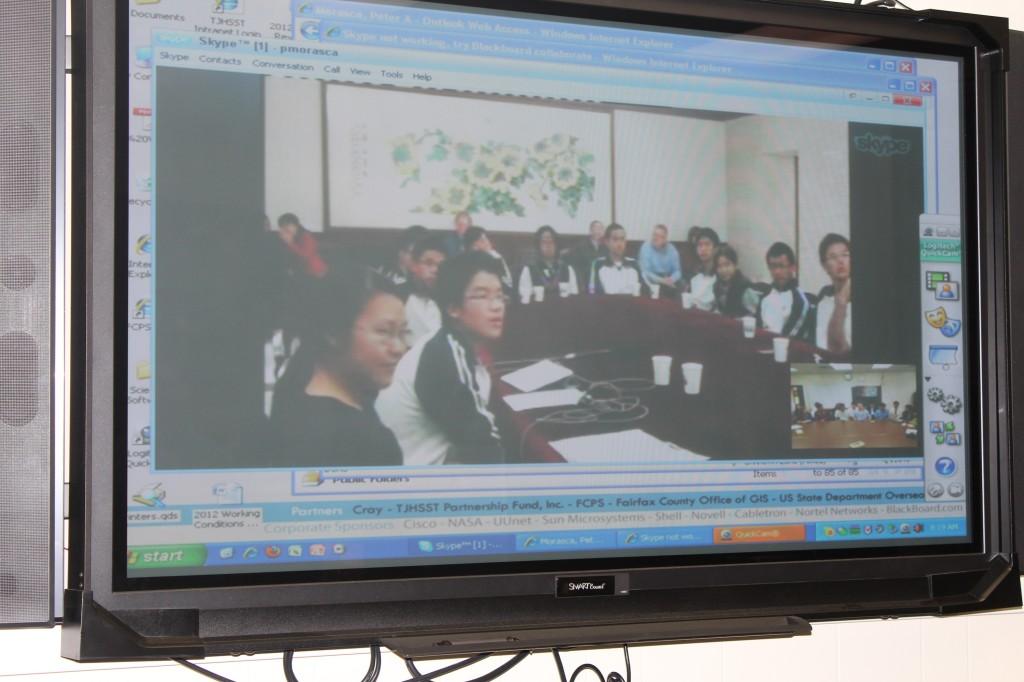 Seniors from various Global Studies classes and Rebecca Glatter’s Senior Seminar class gathered in the Principal’s Conference Room yesterday along with tjTODAY reporters, to participate in a videoconference with Chinese students from Beijing No. 4 High School in Beijing, China.

Organized by Principal Evan Glazer, who is visiting there, the event was to be an opportunity to discuss topics relating to government and media in both the U.S. and China. Students from Jefferson and Beijing No. 4 High School were given the chance to ask each other questions.

Also present was former neuroscience teacher Paul Cammer, who is spending this year working with these students.

“The questions were interesting because they showed us a little about the perception of Americans among Chinese high schoolers,” senior Suhas Gondi said.

In addition to asking questions about objectivity in media, different media forms and Americans’ perception of China, the students discussed differences in American and Chinese curriculum and student culture.

Seniors present at the meeting also questioned the Chinese students about how the One Child Policy, industrialization, media censorship and a strict education system affected their lives.

“I found the interaction between the students and their teacher to be quite telling in how strictly these students must adhere to positive outlooks, presumably mandated by governmental officials, on their nation’s policies,” Gondi said.