Remembering the legacy of the late Stan Lee 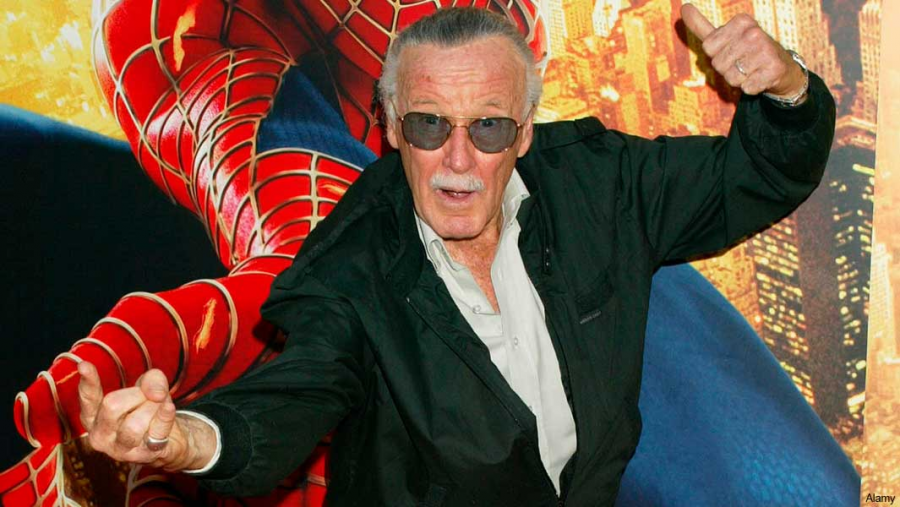 Stan (Lee) Lieber, a comic book writer and the creator of many famous comic book heroes like the X-men, passed away at the age of 95. Here he is seen posing in front of a picture of spiderman.

All Marvel fans remembers the nostalgic phrase, “It’s your friendly neighbourhood Spiderman” or the rallying call of “Avengers assemble!”  The familiar names of Black Panther, Iron Man, Hulk, et cetera are ingrained in the American culture and Stan “Lee” Lieber, their legendary creator, was just as much of a superhero as the ones he wrote about.

On Nov. 12,   Stan Lee passed away and now, many fans believe that no Marvel movie will ever be the same. After appearing in so many of his cameos in Marvel movies, Stan

Lee was imagined as an immortal, someone who couldn’t possibly die. It is so tragic that one the world’s most creative writers had to pass away at 95 years old, but his passing does not take away any of the messages portrayed in his comics. Ideas like “Great power comes with great responsibility” will stick with fans for the rest of their lives.

All of Stan Lee’s stories were about finding your inner hero, fighting for good rather than evil, and defending the defenseless. Through his stories, readers were taken to another realm, one where good always defeats evil, and if you tried hard enough, you could do anything. He was able to create a world that was not only fantastical but relatable. For example, while heroes like Peter Parker had superhuman abilities and constantly fought crime, they also had to deal with regular highschooler problems like prom or a crush. This blend of morals, wonder, and relatability served as one of the  major reasons for Marvel’s success.

Stan Lee’s work offered an escape from reality that all of his fans, ranging from adults to students at schools like Jefferson could appreciate. One of his most notable quotes was, “I used to be embarrassed because I was just a comic-book writer while other people were building bridges or going on to medical careers. And then I began to realize: entertainment is one of the most important things in people’s lives. Without it they might go off the deep end. I feel that if you’re able to entertain people, you’re doing a good thing.” This really says a lot about his work and what he thought of it. Most people tend to take things like comics or superheroes for granted and don’t realize the influence they can have on the reader. When Avengers Infinity Wars released fans of all ages, from Jefferson students to adults were excited and happy to watch it.

Fantasies from the Marvel productions and works of Stan Lee are able to serve as the thread that holds diverse members of the world together, and without it, as Stan Lee once said, “we might go off the deep end.” So in times of stress, remember that the legacy of friendly neighborhood Stan Lee is there to help you out.