A Queen of Biopics 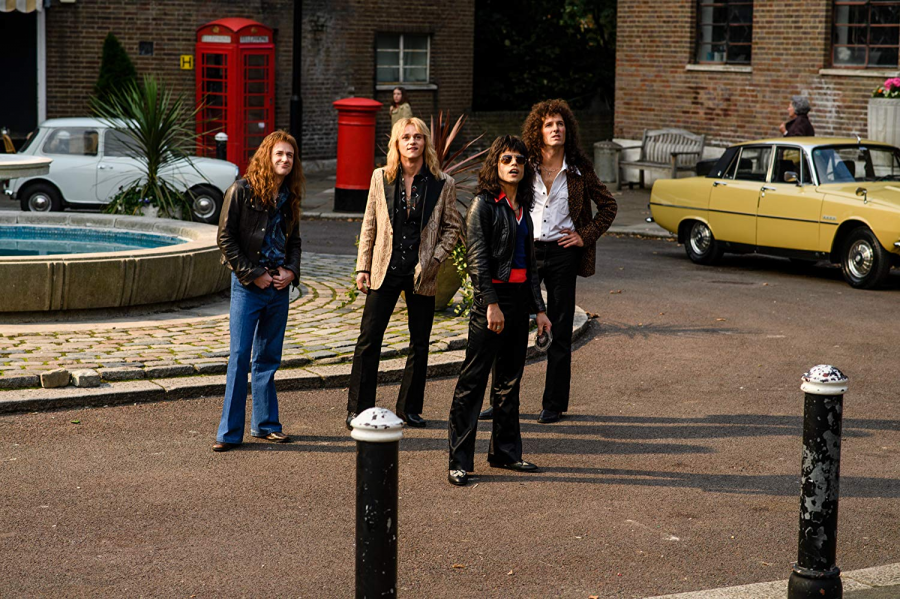 If you want to find somebody to love, watch the eccentric Freddie Mercury steal the hearts of many in this Queen biopic. Photo courtesy of creative commons.

When the words “Bohemian Rhapsody” come to mind, the first thing we think of is Queen. The influential British band became prominent in the early 70s with their first hit “Seven Seas of Rhye” that topped the UK charts. They later created other songs such as “Killer Queen”, “Somebody to Love”, and “Don’t Stop Me Now.” Aside from their experimental music that incorporated not only rock, but other genres of music, they were also well known for their flamboyant lead singer, Freddie Mercury.

Their music and style captured the awe of many and their popularity was so high that the arrival of a biopic the focused on Queen was crucial. Although the movie does focus on the development of the band and their rise to fame, there is more emphasis on Freddie Mercury and his struggles with his personal life.

The movie starts of with Farrokh Bulsara (Rami Malek) – who later legally changes his name to Freddie Mercury – first meeting the rest of his soon-to-be band. The other band members Brian May (Gwilym Lee) and Roger Taylor (Ben Hardy) had just lost their lead singer from their original college band and were on the verge of giving up when they meet him. At their first performance, the band is introduced to his lively personality on stage and Mercury himself meets his first love Mary Austin (Lucy Boynton). They later decide to add John Deacon (Joseph Mazzello) as their bassist. The band dubs themselves Queen and starts performing locally.

Their passion for music drives them to creating an album, which they call “Queen”. After getting recognition, they contact John Reid (Aidan Gillen) to manage them, as he was managing the famous Elton John. Reid books them to play at BBC, where their popularity soars. They soon get gigs at larger venues such as The Rainbow and much more.

The scenes where the band performs are visually pleasing and each one of the actors fit the style of the members of the band to a tee. From Freddie Mercury’s flashy moves to Brian May’s intricate guitar playing, the hard work of Rami Malek and the others do justice to the legacy of the band.

Soon after their first tour, they go on a retreat in order to get away from the spotlight and focus on creating a new album and a hit single to be played on the radio. There, Freddie composes his masterpiece, “Bohemian Rhapsody” and starts to question his sexuality and comes to the realization that he is gay.

The movie switches to the mid 70s when Freddie moves to London and changes his look to his signature mustache and the rest of the band have matured and started their own families. Freddie on the other hand starts partying and loses himself in the excitement of being a rock star. He comes late to the bands meetings which leads Brian to take up the mantle of being the band’s “leader”. Brian talks about getting the involvement of the audience in their performances which leads to their next hit “We Will Rock You”. Soon after the band argues about incorporating disco into their music when John Deacon introduces the funky riff that helps to create another one of their hits “Another One Bites the Dust”.

The producers of the movie wanted to focus more on the lifestyle of Freddie Mercury in terms of his music rather than on what the tabloids had said about his sexuality and rock-star parties. He had been through a lot and the movie was the platform to show who he really was. I usually don’t get too emotional when it comes to movies, but this one really struck out not only because it was a story of a real people but also I could the passion that was put into the music I listen to now. It actually gave me a whole new love for it.

My emotions really hit when Freddie discovers that he has AIDS, he decides to clean up his act and confronts the rest of the band about his condition. He wants to go about performing with the limited time he has as if nothing is wrong and he tells the people closest to him to do the same. He didn’t want to be in the spotlight for his condition and he didn’t want the sympathy, he just wanted to do what he was good at which was engaging a crowd. The climax of the movie is Queen at Live Aid, which was would be his last concert before his death in 1991. This performance was also considered to be the greatest live performance in rock history.

The movie does a great job in bringing the essence of Freddie Mercury although he is no longer with us. All in all the movie is a must watch when it comes to biopics and you will leave the theater singing all of their most famous songs even if you are not one of their fans.