Joji delivers a new take on the traditional ballad on his debut album, Ballads 1 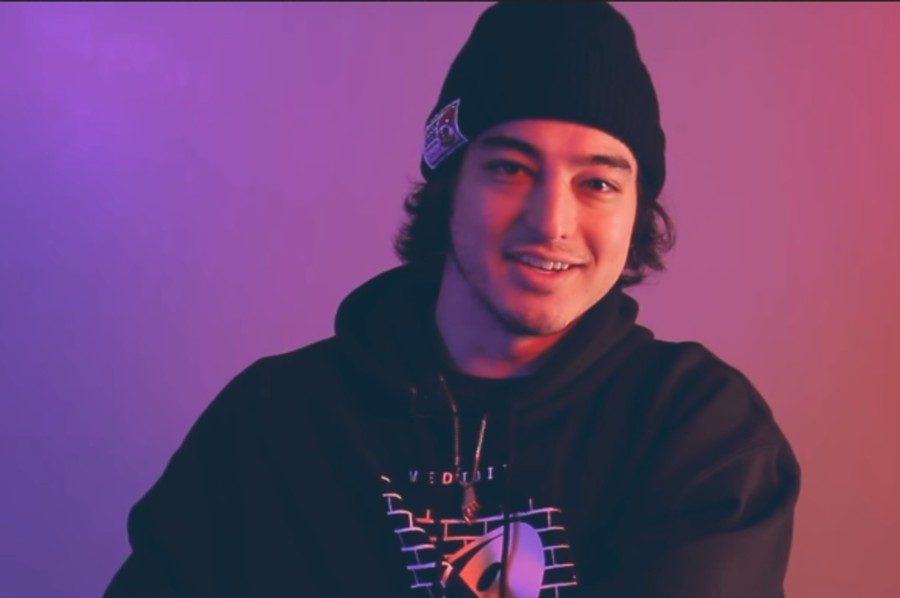 Photo Courtesy of The Chicago Maroon. On October 26, Joji released his debut album, Ballads 1, and while he still room to grow, he displays a knack for writing lyrically and musically engaging songs.

George “Joji” Miller has had a complicated career path. Starting out on his youtube channel TVFilthyFrank, he amassed a loyal fanbase and was best known for vulgar shock comedy and his often offensive characters. He released rap music under the name Pink Guy, a character from his channel, which followed the same humor as the Filthy Frank channel. As of December 2017, George Miller decided to end his youtube channel and began writing music under a new name, Joji.

After putting an end to the TVFilthyFrank channel, he began to rapidly change both the genre and the tone of the music he released, which was the style he became more interested in writing. Rather than the more abrasive in-your-face music he released as Pink Guy, Joji’s music is much more relaxed as it blends elements of R&B, hip-hop, and electronic music It’s also much more serious in contrast to what he wrote as Pink Guy where released more comedic music, often mocking certain parts of internet culture.

While under the name Joji, he writes about more personal subjects such as love and heartbreak, while still adding elements of his own personality on tracks like the album’s first single, “YEAH RIGHT”. Here, he writes about someone deciding to mess up his life while partying, in order to get through a difficult breakup. Joji also released his first extended play, In Tongues, in 2017, and collaborated with his label 88Rising on their compilation album, Head in the Clouds over the summer.

This October, Joji released his debut album, Ballads 1 where his main goal was to write ballads that were all different in a certain way while still retaining the same style he had conceptualized on his first extended play. Ballads 1 both succeeds in doing that as well as in improving on the groundwork Joji had set in In Tongues- he retains the same R&B/trip hop style he set up while writing more interesting and complex songs

Unlike his first extended play, Ballads 1 tends to focus on themes of commitment and taking risks. Its opening track “ATTENTION” does a great job at doing that with emotional lyrics, as well as a lo-fi production style which carries out through the rest of the album. The next two songs on the album do a great job at reinforcing this theme with the songs “SLOW DANCING IN THE DARK” and “TEST DRIVE”, which both explore the concept of a failing relationship.

In “SLOW DANCING IN THE DARK”, Joji compares two partners falling apart to a slow dance in which neither partner can see the others face. In “TEST DRIVE”, Joji describes a relationship in which one partner wants it to last long term while the other isn’t as invested and “only wants a test drive”. While both are great songs “SLOW DANCING IN THE DARK” is without a doubt the better one. With its anthemic chorus, synths, and arpeggios that complement the lyrics perfectly. In addition, the metaphor in “TEST DRIVE” feels very forced and does not work well in the context of the album. While most of the songs on the album are recorded at a lower quality allowing the listener hear imperfections in the audio, “TEST DRIVE” has much better production, and because of that tends to stick out.

On “WANTED U” Joji sings over a more guitar-based beat and even has guitar solo at the end, which keeps anyone from forgetting the song. Though the track“WHY AM I STILL IN LA” doesn’t depend on guitar as much, it features a sudden buildup during the middle of the song, though it doesn’t actually build up to anything interesting.

Notably, Joji is able to display a diverse range of tones and emotions throughout the album. The song “YEAH RIGHT” captures a depressing and nihilistic tone after a rough breakup, and it is one of the stronger songs on the album. Meanwhile the song “COME THRU” focuses on identity and is also a great, catchy song.

That being said, not every song on the album reaches that same level. The last song on the album, “SEE YOU IN 40”, feels unnecessarily long, and it is also one of the most forgettable songs on the album. The song “R.I.P.” was also lacking. This was Joji’s only nonproducer feature, featuring the rapper Trippie Redd; their collaboration results in a messy and aimless song with Trippie Redd’s emotive vocals clashing with the somber tone of the song.

Nevertheless Ballads 1 is still a great album, and while it does have a few misses, songs like, “SLOW DANCING IN THE DARK”, “Can’t GET OVER YOU”, and “YEAH RIGHT” make the album worth relistening to. Even with songs that tend to overstay their welcome, the album itself doesn’t ever feel clogged as it is only 35 minutes long with 12 songs. Joji certainly delivers on making several different unique ballads and excels in the fact that nearly all of them can be enjoyed on their own. Ballads 1 feels like a major improvement on what Joji first delivered on In Tongues in 2017. Based on of his current growth, it seems he will only improve further.