What You Need to Know About the 2018 Midterm Elections 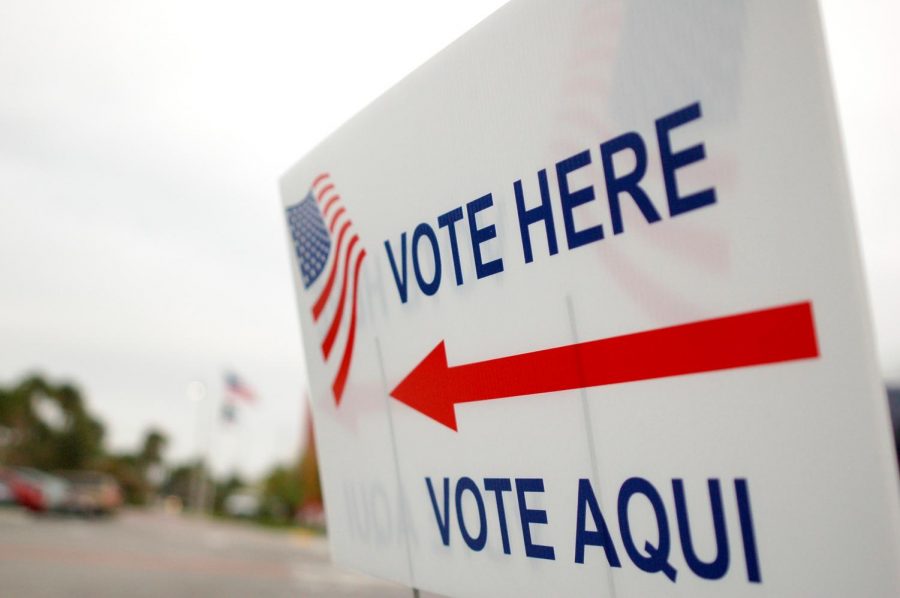 On Nov. 6, voters across America will be selecting new members of the Senate and House of Representatives who will be representing their state for the next two years.

The midterm elections occur every two years, resulting in a fierce fight between Democrats and Republicans to control the US Congress and promote and execute their legislative agenda; the 2018 Midterms are no exception. On Nov. 6, millions of voters across the nation will cast their ballots to decide which party will control Congress for the next two years. While most students at Jefferson are not legally allowed to vote, it is still important to be informed about the election process, and more importantly, the implications of the results this month. For example, issues such as climate change are time sensitive, and the amount of progress made on such issues will be determined by the makeup of Congress for the next two years.

For Democrats, a party that was shocked two years earlier by the loss of their candidate Hillary Clinton to then-candidate Donald Trump, this election provides them the opportunity to regain power within the US government and to challenge the priorities and actions of President Trump. Republicans are also are fighting hard to maintain control of the government. Currently, Republicans have a majority in both the Senate and the House of Representatives as well as control over the White House.

All 435 seats in the House of Representatives are up for election, which means there are 435 races that will be decided on election day. However, about only one out of six, or approximately 75, of the races are actually competitive. The majority of districts in which these races take places are either heavily Democrat or Republican, and neither polling data nor historical election data suggests that they are likely to flip.

Currently, the Democrats hold 193 seats in the House of Representatives, while the Republicans hold a majority of 235. To take back control over the House, the Democrats need to gain at least 23 seats. Most polls show that the Democrats are likely to take back the House, and many political pundits attribute this to a “blue-wave” that is sweeping the nation, energizing the Democratic base to come out and vote. Another statistic that is exciting the Democratic party about their prospects in the House is the record number of female and minority candidates running in 2018. 257 women are running for election in districts across America, and a large portion are running in competitive battleground districts.

While it is important to talk about the entire country as a whole, local races are the most influential, and the races going on in Northern Virginia are no different. Most Jefferson students live in either the 10th or 11th, or 8th Congressional Districts, which collectively comprise all of Loudoun, Fairfax, and Arlington County, and some of Prince William County. In Virginia’s 8th district, incumbent Democrat Don Beyer is facing Republican Thomas Oh while in Virginia’s 11th District, incumbent Democrat Gerry Connolly is facing Republican Jeff Dove. Both incumbent Democrats are predicted to overwhelmingly win their districts. Meanwhile, in Virginia’s 10th District, the incumbent Republican Barbara Comstock is facing Democrat Jennifer Wexton in a much tighter race.

As of today, statistical analysis and poll analysis website FiveThirtyEight forecasts that there is a 86.4% chance that the Democrats will gain control of the House. That being said, some of the races in swing-districts are very close and could potentially bring the House in favor of the Republicans if enough of these regions turn red.

The Senate is slightly more complex than the House. Instead of each seat having a two-year term like in the House, each Senator has a six-year term. Therefore, in the 2018 Midterms, there are only 33 seats up for election. With the victory of Doug Jones in the Alabama Special Election last Dec., the Democrats hold 49 seats, while the Republicans hold 51. For the Democrats to control the Senate, they must gain two seats.

This seems simple enough, considering that they are likely to take the House; however, their path to victory is actually long and hard. To start, ten Democrats are running in states that President Trump won in 2016. Also, the Republican base is quite energized after recent successes, the biggest one being the appointment of Judge Brett Kavanaugh. According to FiveThirtyEight, Republicans have a 85.3% chance to maintain control of the Senate, similar to the likelihood that the Democrats will take the House.

A week from the Midterm Elections, no expert or pollster can say with certainty which way the House or the Senate will go. However, based on polls and predictions, we can say that there is a greater likelihood of the Democrats taking the House, and the Republicans maintaining control in the Senate. If the House and Senate do indeed split, the chance any major legislation will be passed for the next two years is very low. Instead, Democrats will have the ability to take control of the ongoing Special Counsel Investigation – a probe led by former FBI Director Robert Mueller on the Trump Campaign’s dealings with Russia, and Russian interference in the 2016 Presidential Election – and likely call for more investigations and perhaps even begin impeachment proceedings. This is why the results of this election are very important for members of both parties, especially President Trump. This election serves as a barometer for the President as he prepares to run for re-election in 2020. It will, in effect, show if voters are pleased with the way he is running the country.

Candidates have spent months campaigning and fundraising to convince voters that they are worthy representatives of their district or state. Pollsters and pundits have spent the last two years debating and researching the outcomes of this consequential election. However, if there is anything to note from past elections, it is that races are won and lost only on one day – election day.