Taking away trick-or-treating or our right to memories?

Across the country, trick-or-treating has been made illegal for kids over the age of 12 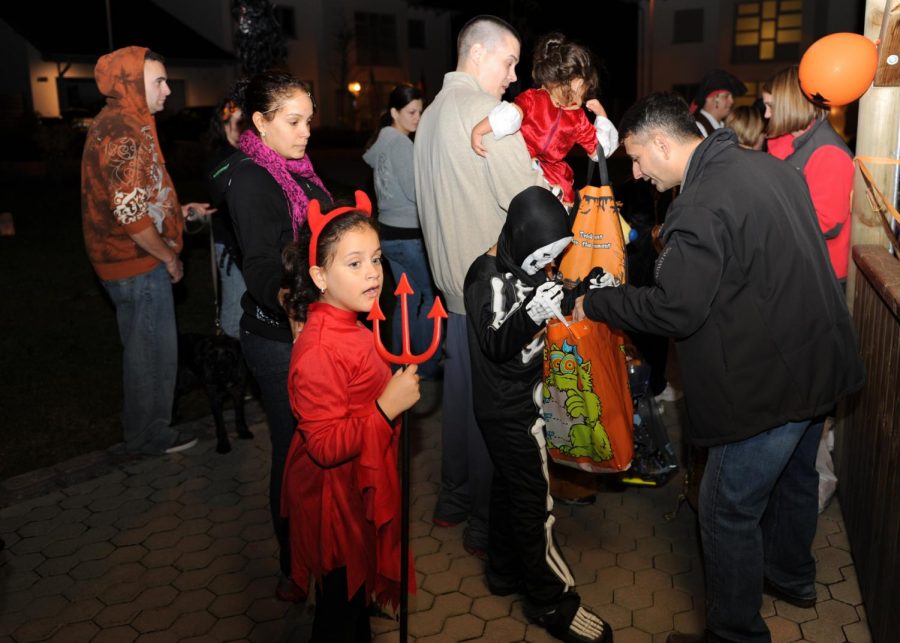 Many kids have made great memories through trick-or-treating, and still hope to. Photo Courtesy Google Images via Creative Comons

Walking through the neighborhood every year, ringing the doorbell of every house, and shouting, “trick-or-treat,” to every candy-bearer, is something I thought I would do until I was at least thirty years old. But for others living in Virginia, this tradition is coming to a halt.

As of today, nine towns in Virginia have banned teenagers from trick-or-treating, including the city of Chesapeake, the third largest city in the state of Virginia. The right to Halloween belongs to every kid, whether or not they are older than the age of twelve.

One of the main reasons for banning teenagers from trick-or-treating is to decrease the tendency of Halloween pranks. But, making trick-or-treating illegal will not discourage kids from going out and playing pranks or vandalizing.

Hans Broedel, a history professor from the the University of North Dakota who is well-versed in historical traditions, told Quartz magazine that “trick-or-treating in a large part is embraced in this country because it serves to cut down on teenage vandalism,” adding that “telling teenagers they can’t go trick-or-treating isn’t going to stop them from going out on Halloween.”

What else will these kids do on Halloween night anyway? If they are prohibited from going trick-or-treating, this could easily embolden them to go out and cause unwarranted trouble, as a form of rebellion.

Most local governments are usually tight on money, so is getting kids in legal trouble for receiving free candy from neighbors really worth their time and trouble? The Chesapeake area has allocated 16.1% of its budget on public safety and justice, of which only $61 million is exclusively for police efforts. These funds can be put to much better use other than policing on Halloween night, such as targeting high-crime neighborhoods and creating better salaries for the men and women who risk their lives everyday for us. Honestly, a fine of $25 to $100, misdemeanor charges, and up to 6 months in jail is not a deserved punishment for trick-or-treating. On Halloween night, police should be on the streets directing traffic or in neighborhoods with proven, regular crime.

Trick-or-treating is an age old tradition, which has been celebrated since the early 1900’s. In other countries such as Switzerland and Ireland, even adults participate in trick-or-treating. While some kids grow out of it, other parents wish to protect this long-standing tradition. With the implementation of this prohibitive ordinance in towns across the country, a very special tradition is being demolished. This choice should not be ripped away from kids.

While some may believe that this ordinance is well-supported and should be applied, it is being based off a crime from over forty years ago. In 1967, a time when society and culture was radically different, a young boy stabbed another child in the chest for stealing his bag of candy. However, every case is different and this particular case cannot be generalized to a whole population. There are times when children deserve a punishment. Sometimes it may be administered by parents, and sometimes by the legal system. Yes, kids cause harmless trouble now, like doorbell-pranking and pumpkin-smashing, but they are kids who are still learning what is acceptable in society.

If you take away the practice of trick-or-treating, you’re taking away some of the fondest memories of teenagers. Some of my greatest childhood memories are from the nights of October 31st, and I wish to keep making those memories. I’m sure other teenagers wish to as well.