We Are the Pawns 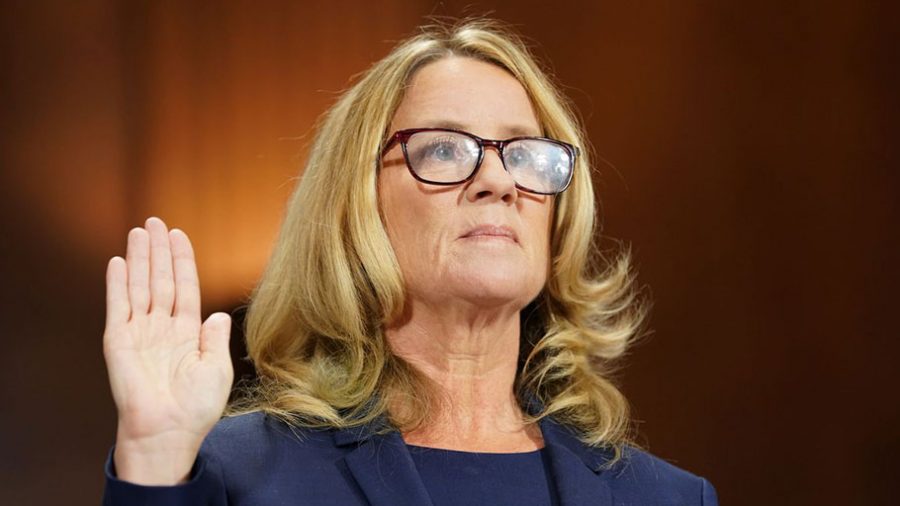 What does it mean to be a woman? Does it mean we’re liars? Does it mean we are merely pawns to be used to take down perfectly good people, just as they are about to reach the height of their career? Perhaps it means that all we want is to make sure that our country does not fall into the wrong hands. Or maybe, just maybe, it means that, we are tired of hiding, tired of being scared, and we are finally ready to be free.

Christine Blasey Ford was ready to be free. Thirty years after Brett Kavanaugh allegedly assaulted her, she stepped into the political arena, prepared to be ripped apart by the multiple people she was now in the way of. And ripped apart she was. Ford came forward with everything to lose and very little to be gained, yet the most powerful people in the country called her a liar.

They instead chose to believe Kavanaugh, who admitted to having drinking problems, who, as he was ready to become a judge in the highest court of the land, stood vehemently denying all allegations and unprofessionally screaming that he was innocent. In this way, he painted himself as a poor man who was going to have his career ended by a blurry memory from decades ago. However, his sympathizers seemed to have forgotten that this memory had already ruined one life, 30 years ago when it was burned into Ford’s mind, right as he allegedly assaulted her.

And so, Ford became the villain of the story. She has been harassed, her life has been threatened, and she had to leave her home in early September for her and her family’s safety, yet she has been painted as the villian.

Kavanaugh‘s defenders still argued that her story does not add up and that her allegations were just a ploy made by their opposition to take down a good, honest man like Kavanaugh, just to hold on to their stubborn views. They said that a shadow of a memory where half of the details were not fully remembered and some vague notes from a therapist a few years ago were not enough to make a real story. They ask why she took 30 years to tell her story, and noticed how strange it was that she chose such a critical moment to speak.

The sad truth is that these accusations, the death threats, the reputation bashings, were proof that she was telling the truth. No amount of money that she supposedly wanted was worth what happened to her after she stepped up. The fact that she chose to speak at all is an anomaly, given that 66% of all sexual assaults are never reported at all. Even Ford told her story only when she realized that the situation had changed from something that had only affected her, to something that could affect the entire nation.

Even after this whole debacle, after Ford’s life was altered forever, Kavanaugh sits in the Supreme Court as Judge Kavanaugh, while Ford is being slowly forgotten, her voice barely an echo that dared to defy those in power. Again, the question arises, what does it mean to be a woman? Perhaps all it means is to become a pawn in the game of politics.