Diversity in the Chinese Lanaguage Program

Large numbers of ethnically Chinese students in the Chinese department. 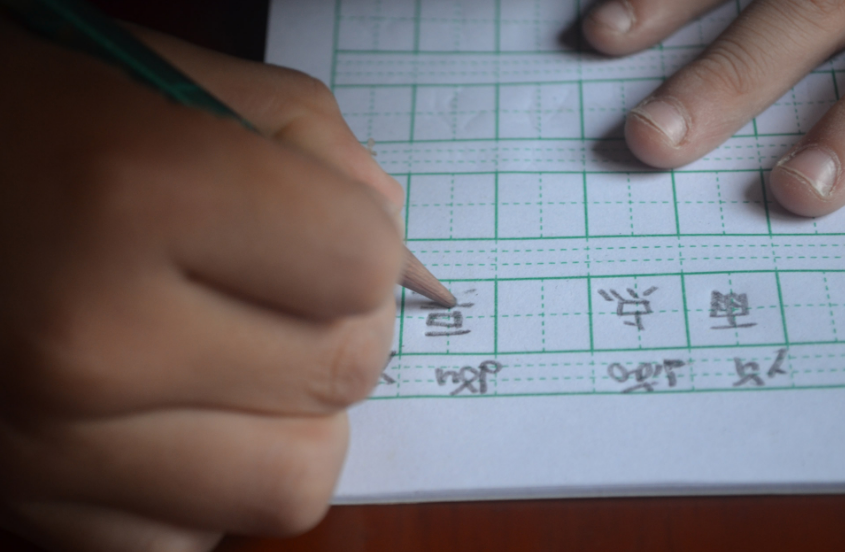 The Chinese language program at Jefferson is a unique opportunity for students to learn a language taught in very few FCPS schools. It not only teaches students the language, but also immerses them in Chinese culture in many ways, including clubs and cultural exchange programs. However, it is seemingly less diverse than other language classes, with many students taking the language being ethnically Chinese themselves.

Even though the program may not look so diverse on the surface, students in each level come from many different backgrounds. Just because a student is ethnically Chinese does not mean that they are fluent in the language.

“We have a very diverse group of students in the Chinese program in terms of cultural, family, and learning backgrounds,” Chinese teacher Qin Xu said. “A common misconception is that heritage speakers in our program are already fluent speakers. The truth is having a Chinese last name or family background does not indicate a student’s proficiency level in Chinese.”

Increasing the ethnic diversity of students in the Chinese program is seen as beneficial. Because of this, it is important to inform students about the Chinese program so that they could get a better picture about what the program offers. Offering Chinese 1 would encourage and increase diverse

“Increasing the diversity of the program could bring more perspectives to the classroom. However, students should not feel compelled to take a language,” sophomore Thomas Lu, who took AP Chinese freshman year, said. “To encourage people to be open to taking Chinese, I think that we should make more people aware of what takes place in the program and what benefits it offers so people can make a more informed decision.” “To increase diversity and student interest in Chinese, offering Chinese 1 would allow people with little to no background in Chinese to be more open to taking the language,” Xu said.

With an increasingly globalized world, it has been more and more important to learn another language and especially at Jefferson, the Chinese program offers many opportunities to learn about both the language and the culture.

“It’s a challenging language, because many people around me have already been introduced to Chinese, but the experience of taking the language is great. It would definitely help in the real world since it’s a really global language,” sophomore Akash Bhave, who is taking Chinese 2 said.

“As we enter an era of globalization, learning a world language and the culture behind it has become more important. One unique program that some of our Chinese students received scholarships from is National Security Language Initiative for Youth program (NSLI – Y), which sponsors American students to study in China for a period of time.. Our program welcomes any student interested in learning in learning Chinese and exploring Chinese culture,” Xu said.