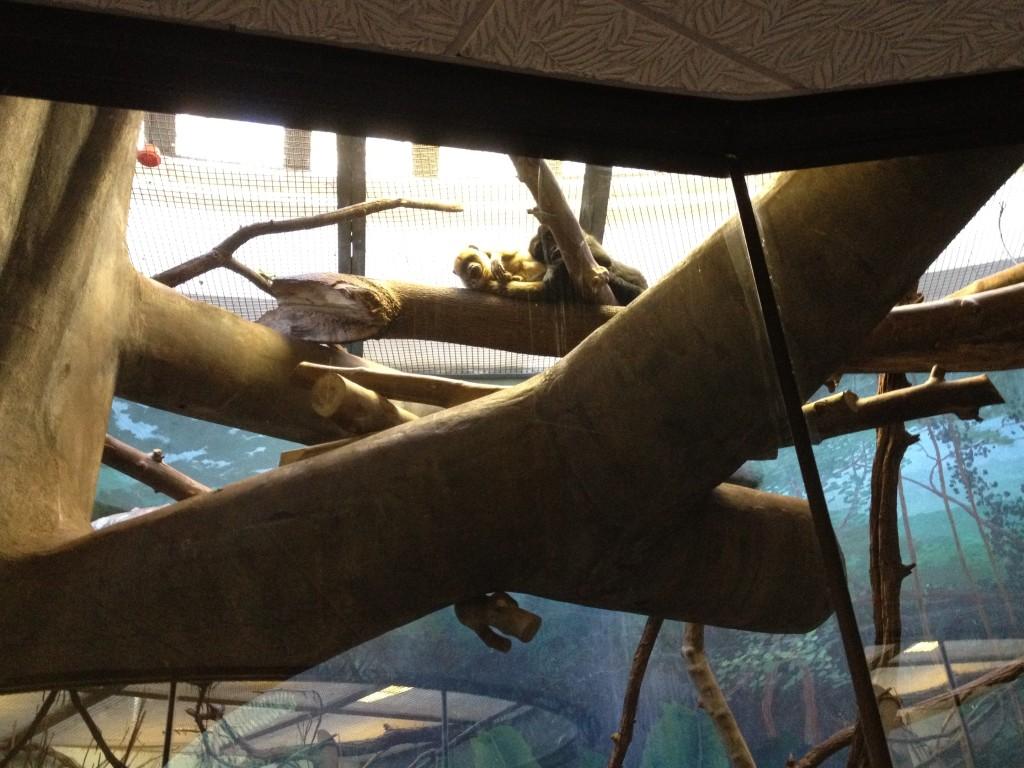 After anthropology students spent nearly a quarter studying primates and human evolution, a field trip to the National Zoo provided a culminating experience.

On the morning of Oct. 22, 10 students traveled with anthropology teacher Amanda Hurowitz to Washington, D.C. via the Metro and cars. The focus of the trip was on the observation of primate behaviors such as mother-child interactions, male dominance and body language.

“I took notes on this cute young gorilla and how she interacted with her sibling,” senior Harshini Pyata said.

Students also paid attention to the appearances and habitats of the gorillas, howler monkeys golden lion tamarins and other primates. Beyond their primate study, students were free to roam throughout the zoo and explore other exhibits before leaving at 2:30 p.m.

“At one point we had to observe three specific primates in one enclosed area and try to interpret their behavior and display of emotions, and then we had to apply the same techniques by subtly watching a small group of people near a popular site at the zoo,” junior Anna Seo said.

“It was really surprising to see how similar the actions of primates and those of us humans really are after watching closely.”