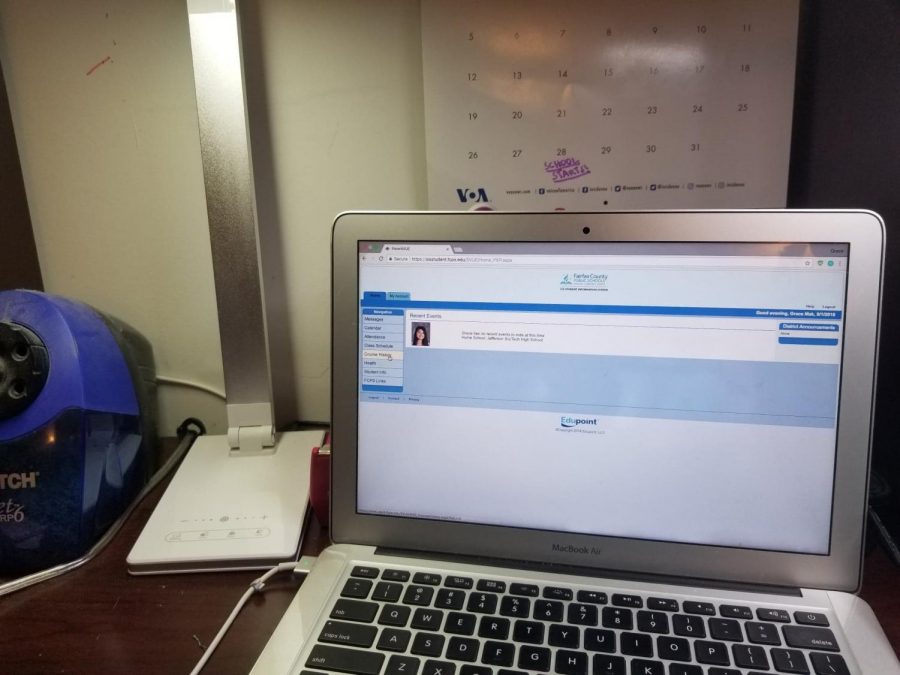 Along with new staff and students, another change the 2018-19 school year brought was the option to use rolling gradebooks.

Amidst the flurry of new teachers, students, and administrators after several losses (more information here and here), the arrival of a fresh school year has also ushered in yet another change: the growing use of a different grading system. Pioneered in the math department last year, rolling gradebooks maintain all course grades for the entire duration of a course rather than resetting every quarter.

Upon arriving school on the first day, many students found that the majority of their teachers had decided to switch to rolling gradebooks for the 2018-19 school year, an alternative at Jefferson to the quarterly grading system. While the thought of change may initially be repelling, a closer evaluation undoubtedly affirms that rolling gradebooks actually offer major benefits to both students and teachers.

Grace MakUpon receiving syllabuses, students found that many of their teachers had opted to switch grading systems.

With the quarterly grading system, each quarter is weighted 25% of the overall grade. This means a quarter with shorter number of days or significantly fewer assignments will be weighted the same as another longer, more point-heavy quarter. As the BC Calculus syllabus explains, “Given the disparity of the time in each quarter, [the rolling gradebook] will give a more accurate representation of each student’s overall grade in the course. No one assignment will greatly impact the overall grade in the course and the current overall grade will always be known using the online gradebook.”

Students also find themselves overloaded with assignments and tests that teachers squeeze in towards the end of a quarter when a quarterly grading system is in place. Commonly, these extra grades serve to even out weighting imbalances in a quarter. By doing so, however, students and teachers become extremely stressed towards the end of the quarter as assignments, tests and papers pile up. The rolling gradebook offers a solution to this issue by keeping all the course’s grades together. This relieves teachers of the burden to maintain balanced quarters and reduces stress for students as they refresh the Student Information System (SIS) nonstop when the quarter ends.

In addition, the new rolling gradebooks create less of a break in content learning between quarters. In the previous system, teachers would try to finish up a unit just before the quarter ended, so they could enter in all of the unit’s grades on time. Rolling gradebooks reduce this urgency to finish units, allowing for less rushed and more continuous learning, especially in the case of snow days.

On the other hand, rolling gradebooks take away the feeling of starting fresh that quarterly grading gives. For many students, the dawn of a new quarter feels like a chance to redeem themselves without their poor performance in previous quarters looming over their heads. Because rolling gradebooks simply add on grades throughout the year, this sensation is no longer present. However, watching a poor grade improve each day is just as satisfying as a brand-new start, if not even more.

In summary, the use of rolling gradebooks offer undeniable advantages over quarterly-grading, explaining the major shift in teachers opting to use this system for the 2018-19 school year. After all, a new school year means new changes, and what’s not to like about a grading system that is not only more fair, but also reduces stress?