Blinded by dust: the sudden termination of four part-time teachers, along with numerous rapid changes this year, left me irritated, infuriated, and most of all, lucky to be out 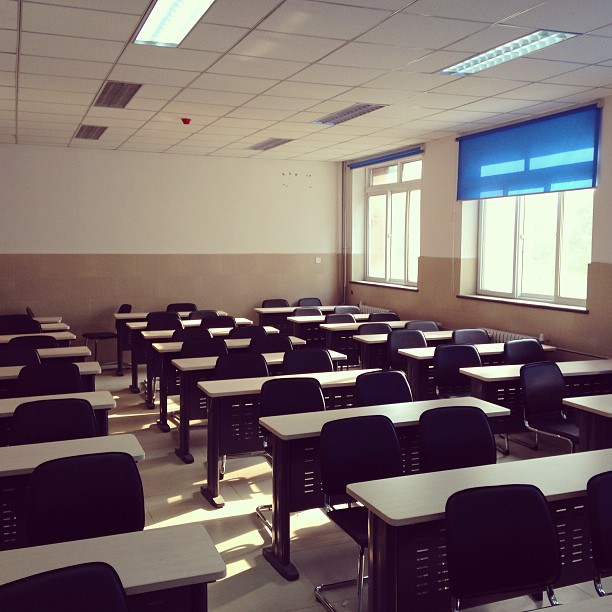 This year, we saw the termination and departure of four of our most beloved part-time teachers, most of us students left confused and grasping for an explanation.

“Ideally, full-time positions build strength and continuity in our community when teachers are present for each student, every colleague and all parents- each day, all day. Part-time options are best reserved for specialized areas or in instances where we simply do not have a need for a full-time position.”

These are the words that our principal sent in an “FCPS News You Choose” on May 17. This is the logic behind removing four part-time teachers – that full-time teachers’ reliability suits the needs of the student best. Because we don’t have need for multiple part-time teaching positions for standard subjects like English, it’s just better to have one.

Consequently, four part-time teachers were suddenly told that they no longer had a job. This past school year, Mrs. Lago, Mr. Waters, and Ms. Hurowitz each taught three periods while Mrs. Schgallis taught four; their positions are now consolidated into two full-time positions. Although those four part-time teachers were provided the opportunity to interview, none of them were hired back as full-time employees. Principal Bonitatibus cited changes in staff modeling, along with the lack of need for part-time non-specialized positions, as the reason for these changes.

“We’re just combining the staff models, we’re not eliminating the courses: it just so happens that there is enough to make a full-time position,” Bonitatibus said.

However, the teachers’ perspectives may hint at a different story. Three of the four terminated employees were on maternity leave at the time, a detail that sparked discussion and anger on social media. Ms. Hurowitz confirmed that she had met in-person with Dr. Bonitatibus, been given personal reasons for her termination, and was told she was not likely to be offered a chance to interview for a full-time position. Additionally, one of these teachers recalled receiving no notice or warning before being notified that she was no longer employed at TJHSST and another recalled having never been offered the chance to interview for either of the full-time positions.

Although I reached out to the four part-time teachers concerned as well as several other teachers, all except English teacher Ms. Susie Lebryk-Chao declined to go on-record, or did not respond to interview requests. I also reached out to Dr. Bonitatibus who declined to speak in detail about these decisions, stating, “Anything that’s a personnel related decision is confidential so it’s not something for [her] to discuss.”

Unlike full-time contracts, part-time teachers’ contracts are renewed on a yearly basis. Full-time contracts, on the other hand, are yearly continuing contracts that are renewed every three years; two years of negative evaluations results in termination. Lebryk-Chao, who was formerly employed as a part-time English teacher, said that she had been conscious of the annual contract but it had never posed many issues for her.

“I realized I was in a part-time annual contract which I signed every August or September,” Lebryk-Chao said. “In the movement from one principal to the next, I think a question was raised about why we had [my position]. I don’t know that the conversation went farther than that. ”
A Snowballing Issue
When I first heard the news of this decision, I was shocked, horrified and disappointed. At the time, the only teacher we’d heard about was Ms. Hurowitz, through SGA president Nick Begotka’s post on Facebook. Even weeks after learning more about the details, I still can’t imagine the horror of receiving a termination notice in the middle of dealing with a newborn child and realizing I’d lost my job. Realizing I’d lost it when I had done absolutely nothing wrong. Realizing I’d lost it with no real monetary reason either, except for the principles and philosophies of the new principal.

This was the last straw for me as a student, journalist, and advocate. Just a week before the news of the part-time teachers’ situation, I’d fought hard in a group chat on Facebook to dispel the often incorrect and malicious rumors that my peers had been spreading about Dr. Bonitatibus. Few had ever discussed their issues with her, yet a rampant negative perception still abounded. In my interviews with her for tjTODAY, it was clear she had had good intentions, but a school unaccustomed to change spun her actions into something more than they were.

However, the lack of dialogue between her, the administration, and the involved parties before making these decisions has even made me indignant; “FCPS News You Choose” emails, Dr. Bonitatibus’s preferred platform for speaking to parents and students, are sent to students’ FCPSschools.net email addresses, meaning few students actually receive the logic behind the decision as intended (not to mention that her email concerning part-time teaching decisions came only after controversy unfolded on social media). Making the sudden decision to cut teachers off from their jobs for abstract benefits like “continuity” marks a deficient understanding of the supposed beneficiaries as well as a callousness for the well-being of individuals. These teachers were loved and admired role models in our community; since Begotka’s posts on Facebook, his Google Forms have received more than 230 responses from alumni, students, and teachers who’ve spoken to Hurowitz and Schgallis’ teaching abilities and character.

Several teachers spoke of part-time as a way to maintain their passion and livelihood during motherhood. For Lebryk-Chao, part-time allowed her to achieve work-life balance when she was raising two sons at home.

“In the thirteen years that I did part-time at TJ, I would be here Monday morning, Tuesday, and Thursday, and on Wednesday and Friday, I would volunteer at their elementary schools, their middle schools, and then their high schools,” Lebryk-Chao said. “So for all of their years of Fairfax County education, I could be in the library or chaperone some field trips. I’m very grateful that the leadership at this school supported me in terms of raising a family and being a dedicated teacher.”

A proponent and supporter of part-time positions, Lebryk-Chao feels that providing part-time as a full-time alternative is not only beneficial to teachers, but also the students themselves.

“I think the kids, just to see different models of adults in the building, is helpful,” Lebryk-Chao said. “I’d like to think that the boys and girls in my class would think, maybe part-time in my future life is a possibility, not that a part-time teacher is less dedicated. In our technological age, where people are in touch all the time, I think for students to see that we have balance and have that consciously like oh, I have a full-time job and have a family and I can do this.”

Given last year’s events under Dr. Bonitatibus’ leadership, with this shocking, unexpected termination of part-time teachers as the culminating factor, it’s clear to me that the administration is continuing their facade of listening to students’ opinions while disregarding what most might actually want. While I applaud their effort to introduce the integrated research lab and reintroduce several level-one language classes for another year after protests, decisions like eliminating course change requests, cutting language classes without notifying teachers or students, and terminating part-time teachers, have indicated lack of knowledge and regard for students and teachers.

Building the trust and awareness necessary for impacting change will require incremental, widely understood adjustments. It’s no wonder these decisions are so unpopular: they’re made at the very start of a principal’s tenure and without really taking into account what our reaction would be like. While she appeared to listen to us through Colonial Quests, focus groups, and regular meetings with SGA,  implementing these universally opposed initiatives and plans demonstrates how little our principal understands a student body fiercely committed to tradition, community, stability, and perhaps surprisingly, its humanities. Cutting these teachers off from their profession, denying some an interview, not notifying others that there was an available position, indicates an acute deficiency in knowing what matters to our school community: transparency and understanding.

Christine Zhao is a Jefferson alum who recently graduated as class of 2018. She is also the 2018 Journalism Education Association (JEA) National High School Journalist of the Year.