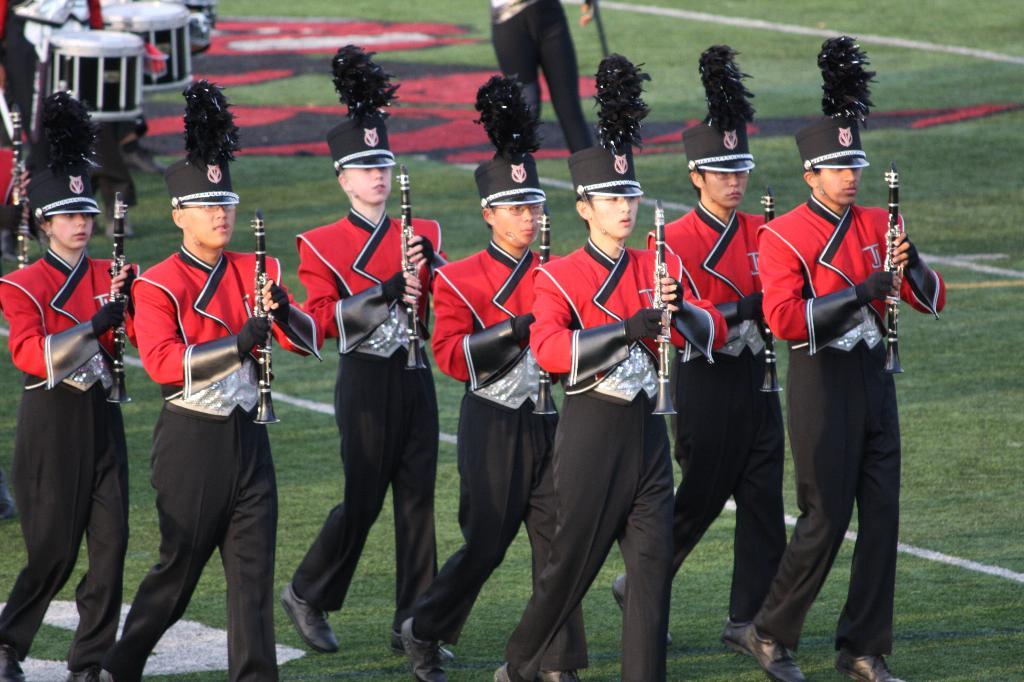 Jefferson Marching Colonials won their division and walked away with the highest score in their most recent competition, the Marine Corps Invitational, in Annapolis, Md., on Oct. 7. The band was awarded best music, best visuals, best guard and best overall effect, along with the ”Esprit de Corps” award for patriotism and professionalism.

Although their season will be coming to a close in about a month, they will be participating in two more competitions, Bands of America and the U.S. Bands Virginia State Competition.

“At the next competition, we’re going to need to know the show so well that we could march it deaf and blind and still hit every dot,” Marcantonio said. “When we’re on the same level as the other bands, we’ll need to focus on the smaller things in the music and marching itself.”