BTS showcases their versatility in “Love Yourself: Tear” 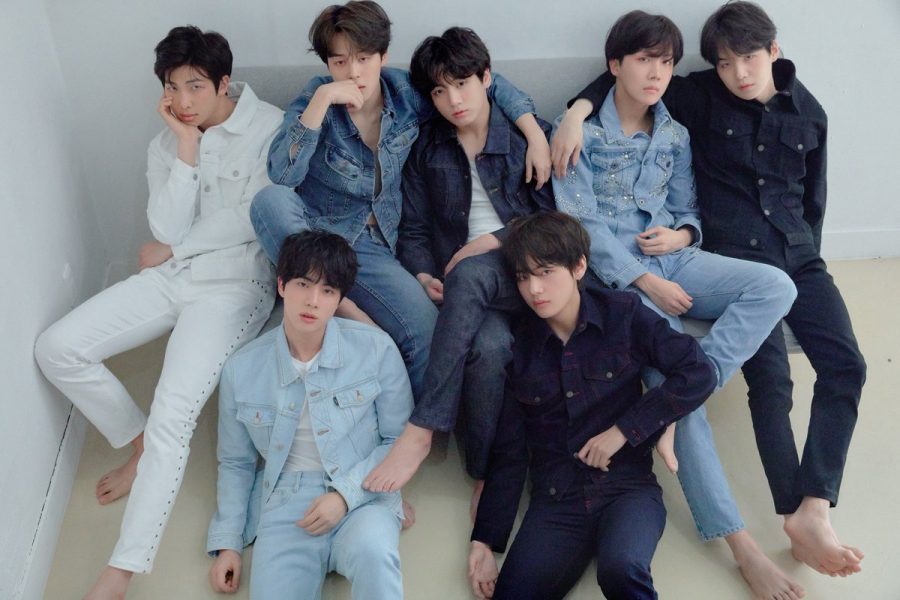 Butterflies running wild in my stomach, my finger hovered uncertainly over the play button as I prepared to finally listen to one of 2018’s most highly-anticipated albums.

In 2017, South Korean boy group BTS took the entire world by storm, breaking barriers between Western and Asian music and bringing K-Pop to the Western market. With songs like “DNA” and “Mic Drop”, they became one of the biggest acts internationally, even rivaling artists such as Justin Bieber and Taylor Swift. Winning the top Social Artist award at the Billboard Music Awards last year and appearing on the Social 50 for an astounding 78 weeks, BTS and their fans, known as Armys, are a force to be reckoned with.

Love Yourself: Tear, released on May 18, is the second album in BTS’s Love Yourself series. The full-length album features 11 tracks and merges the dark mysteriousness of their 2016 Wings album with the teenage angst of their 2015 album, The Most Beautiful Moment in Life. While BTS still remains true to their original, signature sound, they are fearless when it comes to experimenting, genre-hopping from R&B to EDM, ballads to pop, soft rock to hip-hop, and latino tango to trap house beats.

The album opens up with the smoky vocals of BTS member, V, in an R&B track, “Intro: Singularity”. The intro, released in a music video on May 6, serves as the perfect way to transition into the album’s darker theme that targets broken relationships and feelings of heart-wrenching sorrow. Although slow R&B songs have never really suited my musical tastes, V’s soulful voice is without a doubt a flawless fit for “Intro: Singularity”.

“Fake Love”, with its mash-up of rock, EDM, hip-hop, and trap instrumentals, creates an experimental sound like no other. Its angsty, love-sick lyrics are beautifully expressed in the raw emotions of the members’ vocals. The elaborate music video and choreography that accompanies the track is almost a throwback to their 2016 comeback with title track, “Blood, Sweat, and Tears”, continuing the complex storyline that has connected many of their music videos since 2015. This single is by far one of my favorite songs in the album and something that I’ll be listening to for a long, long time.

As the second collaboration with American electro-house musician, Steve Aoki, the next track, “The Truth Untold”, is a stark contrast to their first track together, “Mic Drop Remix”. Another one of my favorites from the entire album, this song layers the contrasting high and low tones of the vocal line members, Jin, Jimin, V, and Jungkook, with a gorgeous instrumental that fuses piano and guitar melodies. In this heart-breaking track, the members truly bare all their insecurities and vulnerabilities to the world.

The next few tracks, “Paradise”, “Love Maze”, and “Magic Shop”, while still incorporating new stylistic and musical elements, remind me of their older songs, such as “Coffee” and “Converse High”. The laid back instrumentals and lyrics are perfect for relaxing on any sunny afternoon while listening to the members’ warm vocals fill the room.

“Airplane Pt. 2”, a reference to “Airplane” from BTS member J-Hope’s mixtape, Hope World, came as a surprise to me. The track features latino elements in a tango-like beat similar to that of “Despacito”, “Havana”, and “Mi Gente”. This song didn’t really hit it off with me, but I do appreciate how the group continues to go out of their comfort zone with new music genres.

BTS’s next song, “Anpanman”, is a Fetty Wap-like trap house anthem with lighthearted lyrics that make it very similar in style to their older songs like “Boyz with Fun” and “Attack on Bangtan”. “Anpanman” is immediately followed up with a fun EDM track, “So What”, that features addicting tunes and plenty of instrumental dance breaks.

The album finally closes off with “Outro: Tear” featuring BTS’s rap line, RM, J-Hope, and Suga. The outro starts off with an uplifting orchestral and piano melody that builds up to a climax, introducing RM’s hard-hitting rap flow. All three rap line members take turns in delivering impressive raps, proving to the world why they are considered part of South Korea’s top idol rappers.

With BTS’s flexibility in exploring all styles of music without losing their own identity, it’s no wonder that the boy group has stolen the hearts of millions of fans across the world. Already topping music charts across the world and breaking records, it’s undeniable that BTS has hit the jackpot once again with Love Yourself: Tear.

Listen to the entire album on Spotify here: