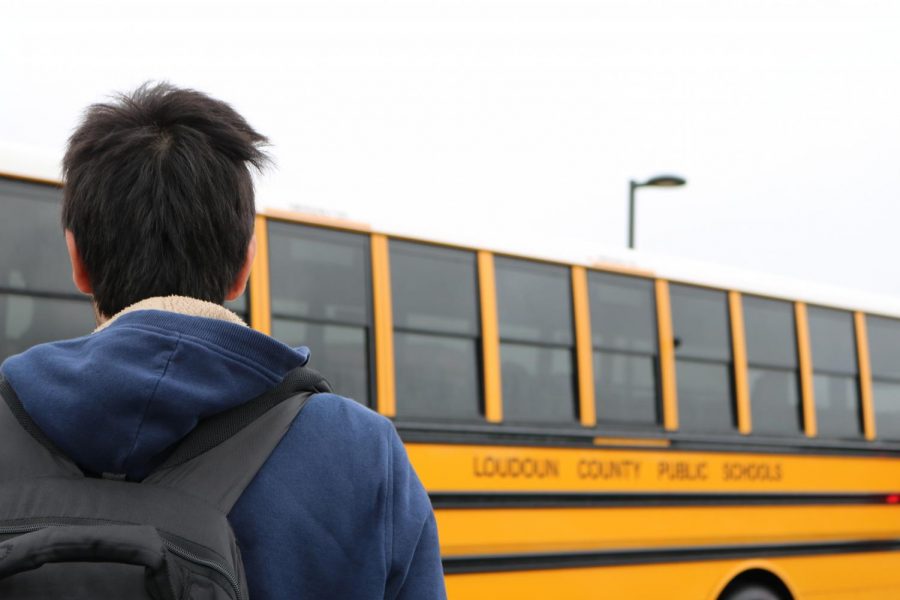 Loudoun County sent 269 students to Jefferson for the 2017-18 school year. For the 2018-19 school year, 82 Loudoun students were offered admission to Jefferson, and 29 turned the offer down.

Due to the recent combination of Loudoun science programs to form an integrated academy and the high costs of transporting Loudoun students to Jefferson, the Loudoun County School Board is considering ending its contract with Fairfax County.  The board debated the issue at its May 8 meeting and will be voting on May 22. Current Loudoun students at Jefferson and the incoming accepted class of 2022 will not be affected by the school board’s decision and will continue to attend the school.

The Loudoun County Public Schools (LCPS) School Board has debated renewing its contract with Jefferson almost every year, but will be voting on a final decision earlier than normal this year due to a quicker deadline.

“TJ changed when [the LCPS school board] has to notify them of when we want to continue the contract,” LCPS School Board member Joy Maloney said.  “Normally, we would tell them by the fall if we want to continue for the following year, but [this year] we have until June 1 to tell them whether or not we’ll participate.”

“You’re weighing the cost versus the opportunity that [Jefferson] provides,” Maloney said.  “There are so many qualified kids that need these kinds of [science-based] opportunities in Loudoun, and we have so few of them currently.”

Another factor in the decision is Loudoun County’s desire to keep its bright minds within the county rather than sending them to a different county–Fairfax– for their high school education.

“There is an understanding that when you send Loudoun kids to Fairfax, you are losing some of the smartest kids to Fairfax,” senior and Loudoun student Naman Baraya said.  “[However,] TJ is considered a regional school even though it’s unilaterally controlled by Fairfax, so I think there are benefits to Loudoun sending kids to TJ.”

If Loudoun were to cease sending its students to Jefferson in future years, the eventual loss of students from the county would lead to changes in the overall makeup of the Jefferson population.

“There would be new opportunities for growth within other communities that attend our school,” principal Ann Bonitatibus said.  “Most likely, our FCPS school board may want to discuss impact any time another participating district chooses to keep students in their own district.”

The loss of Loudoun’s population at Jefferson might also provide an opportunity for greater Fairfax representation at the school.

“We currently struggle to represent every middle school within Fairfax County,” Fairfax County School Board member and Jefferson alumna Dalia Palchik said.  “[Loudoun pulling out of the contract] could mean that we would lose an important part of our school community, but it could also allow a greater number of FCPS [Fairfax County Public Schools] schools and students to be represented.”

“[Students] are only getting math and science at the academies whereas at TJ, you’re getting all your subjects,” Maloney said.  “All three academies will be in the new building; the setup has got a lot of modular, very large spaces so that [the three academies] can work together and collaborate on different activities.”

While the Academies of Loudoun offer a unique and exciting approach to STEM education, its learning environment does differ from that of Jefferson, causing younger students in Loudoun to prefer either one or the other.

“My [nine-year-old] brother really wants to come to TJ,” freshman Khushmeet Chandi, who moved to Loudoun County from Fairfax in August, said.  “If Loudoun [ended its contract with Jefferson] we would probably move back to our old house because my brother definitely wants to go.”

Regardless of the LCPS School Board’s final decision, the opportunities for STEM education in both counties will continue to thrive over the years and yield benefits for the students that choose to partake in them.  The Academies anticipate serving 1788 students for the 2018-2019 school year, and 2216 students by the 2021-2022 school year.

“One of my former colleagues was in the first class of students at TJHSST. While they were eager to be part of a pilot program, others held off until the school was more established,” Palchik said. “As TJHSST proved to be a very successful initiative, I believe other schools can follow suit and create successful models.”

[tjTODAY published an article about Loudoun’s reevaluation of the Jefferson contract in the October 2017 print issue.]

[Featured above is a video clip from the LCPS School Board Meeting that took place on May 8.  May not work on all browsers – a link to footage of all past LCPS board meetings can be found here.]