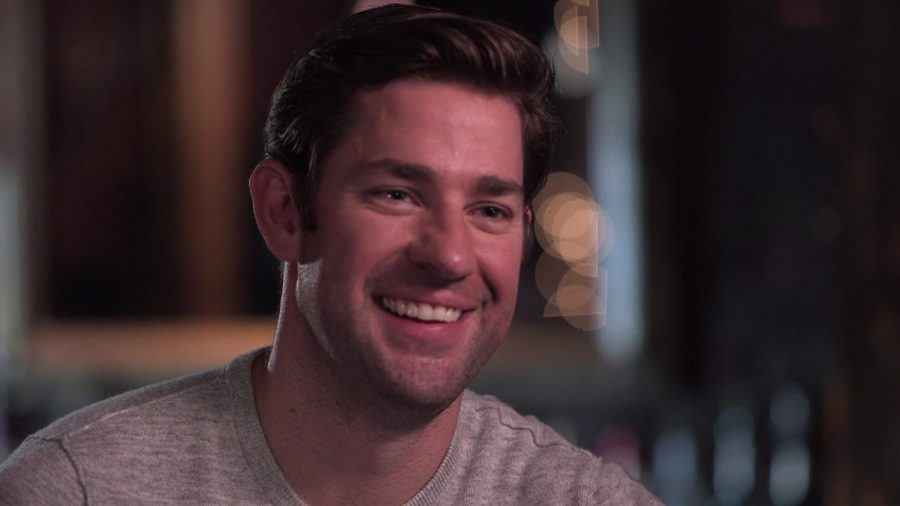 *Note: This post contains spoilers for the recent film, “A Quiet Place.”*

John Krasinski skillfully weaved together a nerve-shredding nail-biter with “A Quiet Place” that will definitely set you on edge emphasizing the “Quiet” part with limited dialogue. However, the emotional elements of the story are what tied everything together. The movie is the unique story of an isolated family in a dystopian future plagued with super-hearing creatures that are hungry for human flesh. “A Quiet Place” has been compared to “Don’t Breathe,” another horror movie featuring a blind predator with a powerful hearing sense.

The movie began by introducing fatherly figure Lee Abbott (John Krasinski) and mother Evelyn Abbott (Emily Blunt) in a drug store with their children, Regan (Millicent Simmonds) Marcus (Noah Jupe), and Beau (Cade Woodward). Regan Abbott is hearing impaired but does not let that stop her from anything. While the Abbott children are growing up and becoming more defiant, their parents struggle with protecting and managing them. When their youngest, Beau is infatuated with a rocket toy, the audience is shown the importance of silence in this world. The rocket toy has sound effects, and despite Krasinski’s previous instruction to leave the toy behind, the boy brings the toy anyway. As they are walking barefoot across a bridge, the boy takes out the toy and activates the sound, leading to an unfortunate encounter with the monsters.

As the movie goes on, the audience is aware of the attention to detail in this movie, especially in the unnerving birth scene with Blunt. Emily Blunt is trapped in a bathtub in labor, holding in her screams as the monster creeps up behind her. As the pinnacle of the film, this scene was tense and nerve-wracking. Every time the monster came close to her I could feel goosebumps rising with fear for her baby and her. From the beads of sweat on her forehead to the blood in the tub, this scene was powerful with its immense detail.

Additionally, throughout the entire movie, the family converses through sign language. Facial expressions and hand movements were a key part in portraying the roles in this story. The truly captivating part of this movie was the fact that the parents were willing to do anything to save their family. The characters’ emotional performance created a tie from the audience to the characters with its heart-wrenching connection. The connection made me feel like I personally knew the characters, making it that much scarier and nerve-wracking.

This movie was definitely worth a trip to the theatre. It was nothing like a typical horror movie with sloppy acting and a cliche storyline. In fact, it was the complete opposite. It was one of the best horror movies I’ve ever seen because of its unique storyline, great acting, and unpredictability. Full of jump scares and shocks, “A Quiet Place” is a great movie for horror/thriller fanatics.