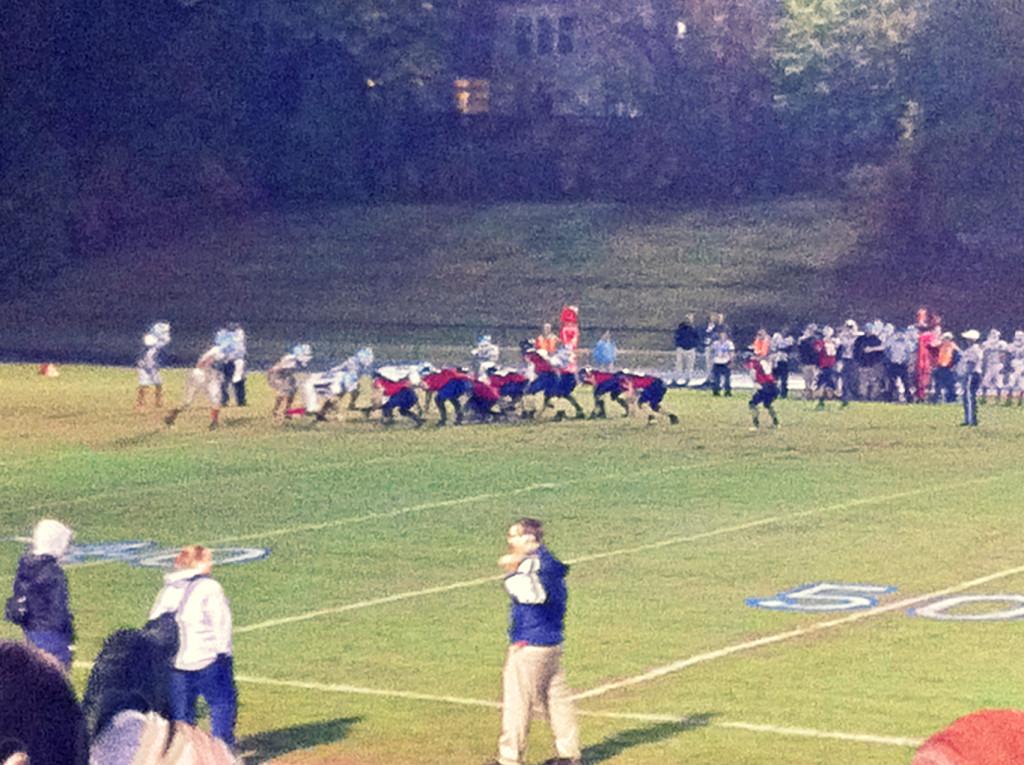 Rainstorms and flashes of lightning could not hold back the Jefferson football team as they stormed their way to a smashing victory over the Marshall Statesmen, 42-18.

Prior to the first quarter, lightning delayed the game by 30 minutes as students and parents were asked to temporarily evacuate the bleachers. A downpour of intermittent rain also plagued the students, but nothing could sap the enthusiasm the student body.

“The atmosphere was electric,” senior Hassan Almas said. “At first, I thought the rain would really mess up the game, but everything turned out fine.”

The Colonials got off to a slow start, falling behind 12-0 due to a botched snap on a punt deep in their own territory and a long touchdown run by Marshall.

Jefferson’s offense started to catch fire in the second quarter as senior running backs Patrick O’Connor and Rashad Laher combined for three rushing touchdowns. The Colonials headed into halftime with a 21-12 lead over Marshall.

The second half proved to hold even more success for Jefferson’s offense as more touchdowns from O’Connor and senior quarterback Nick Mattes pushed the lead to 35-12.

Junior outside linebacker Kia Eskandarian intercepted a Marshall pass in the fourth quarter and scored a touchdown on the subsequent drive to increase Jefferson’s dominance to 42-12. The next time the Statesman scored was on an 80-yard touchdown run by senior running back Kekoa Yamaguchi, but that was moot, as Jefferson had all but wrapped up a victory.

Prevailing in the Homecoming game was delight, no matter what the weather was but for the senior players, it meant extra.

“Winning this game meant a lot to me,” said senior tight end JiSoo Song. “This is the last time I’ll be playing football on our home field.