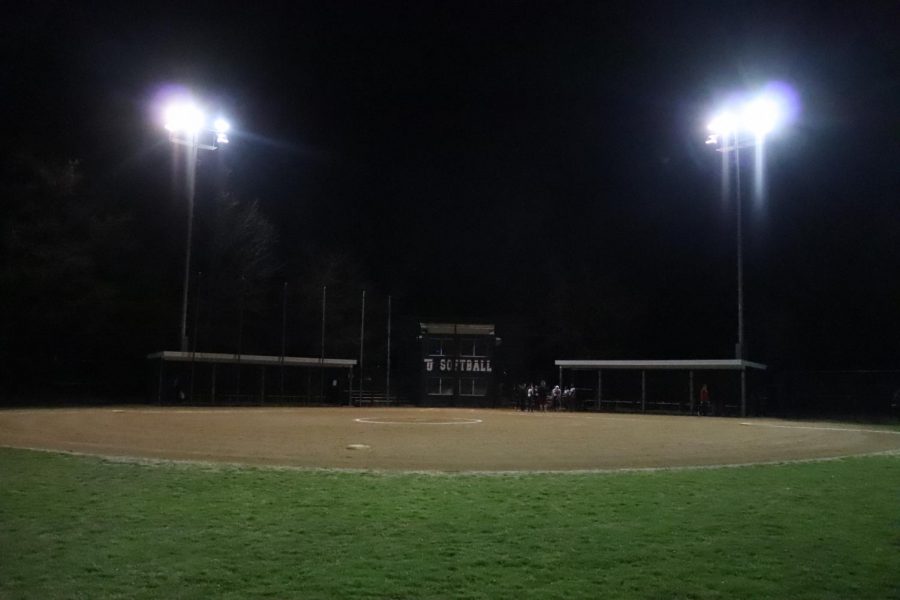 A while after the game, Jefferson players and coaches talked to each other about the game while standing on the field. Even though the team lost, many of the players felt they improved significantly.

As the game is about to begin, softball players huddle up with each other. Spectators start taking their seats on the bleachers behind the outfield fences. For a few moments, there is only the sound of wind and coaches talking to the players. Suddenly, players cheer and run to take their places on the field.

Jefferson’s JV softball team played their best against the J.E.B. Stuart Raiders with a score of 8-18 on Friday, April 6. During the beginning of the game, Jefferson did not score any home runs until the top half of the second inning. As the game progressed however, Jefferson scored many more home runs for the remaining innings.

“I was actually super happy with this game, because it was our best game by far,” freshman Sahana Ramesh said. “We tried a bunch of new things, and we improved a lot on the base skills like batting and fielding.”

After the second inning ended, Jefferson had one home run. When the third inning began, Jefferson was quickly racking up more points. At one point during the top half of the third inning, junior Kanwal Ahmad fell down and sprained her leg, but she refused to stop playing and went back to pitching the ball.

“I think that we did play our best,” Ramesh said. “Normally, we only have one coach at our game, but Varsity [softball] had their game on Thursday instead of Friday, so the Varsity coaches were at the game too. We worked harder to meet their expectations.”

“My most memorable experience this game was stealing bases and getting a run for the team,” junior Ivanna Dudala said. “But also for the first time since last year, JV finished an inning by getting three fair outs and so I am very proud of everyone.”

As the final moments of the game ended, many players felt exhilarated and lined up to high-five the other team, saying, “Good game.”

“The team is like a family, and we share the best and worst moments together,” Dudala said. “Everyone is always supporting one another.”

Throughout the game, there were many moments that stood out for the team.

“The best part of the game was the amazing catch from [freshman] Eban [Ebssa] in outfield,” Ramesh said. “A person on the other team hit a ball really high in the air, and it went all the way to outfield, where Eban just ran to it and caught it straight out of the air, getting the girl automatically out.”

With each game and practice, the players enjoy spending more time with their teammates and gaining more experience with the sport.

“There is not one most memorable experience [overall with softball],” Dudala said. “There are so many moments that I will remember forever. I love playing on the field with a team to support. I love batting. I love it all.”