Echosmith’s “Over My Head” misses the beat 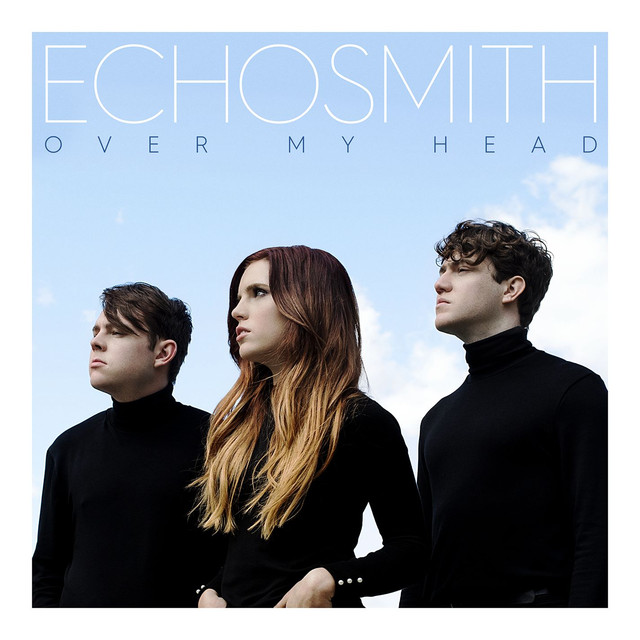 Echosmith's "Over My Head" is their latest single.

It almost seems like last week when I was on the Pandora state of mind, jamming around on my iPod touch in the halls of our hotel at Stotesbury Regatta, when “Bright” by Echosmith flooded by ears.

Wow. “Bright” certainly lived up to its name, simply an amazing piece of art. Catchy, upbeat, rhythmic, with a lyrical, optimistic, and fantasmic words to carry you along, “Bright” was my gateway song into a severely underrated band. I still hold that high opinion of Echosmith, a underrecognized and hidden jewel of a group, though their new single, “Over My Head,” lacks the poppy, widespread appeal of this group that had originally drawn me in.

The best way to describe the music video and song is through a mix of metaphors: the first low, chanting in the beginning echoes of Bastille. The band’s interpretation of the lyrics is a blend between Imagine Dragons and Melanie Martinez, with a music video that immediately makes you think of Avril Lavigne. However, my personal music tastes are very particular: I like to have the deep soulful music of Bastille separately from the teenage angst of an Avril Lavigne song. For me, “Over My Head” has fallen flat for trying to accomplish too much while not really saying much at all.

The lyrics of “Over My Head” make as much sense as those of a One Direction song without the rhythmic wizardry that their mixing team imparts on their nonsensical lyrics: “It shouldn’t be so hard to have a conversation // I’m sick of fighting with your ego, I wish you would admit” is one of the many lines that don’t rhyme and have been made trite over decades of breakup songs. They lack emotion; they are empty of true romantic woe. The title of the song itself is repeated so often that on the second listening of the song, I’m already tired of it. I crave a song I can blast in the car, in the shower, before school, and all around the house, but “Over My Head” doesn’t offer that repeatable appeal that would make it enjoyable to listen to on blast from all the top radio stations.

Most successful indie pop or pop singles will have either the lyrics or the instrumental beats to make it a hit. The best of songs combine both (see my new favorite single Never Be the Same).

Unfortunately, Echosmith’s new single falls flat on both areas. A better songwriting team, combined with Echosmith’s youth and teenage appeal, would provide them unlimited potential with which to grow.

However, I still do love this band (<3) as I mentioned before, so despite this new single falling flat, please do check out their awesome tour that just started today!

Echosmith’s US tour started on Apr. 4 and will visit Washington D.C. on Apr. 29. For more info, visit http://www.echosmith.com/tour. In addition, below are my top 5 favorite Echosmith songs. Enjoy!