“Salt Houses”: Finding a balance between war, loss and a cacophony of identities 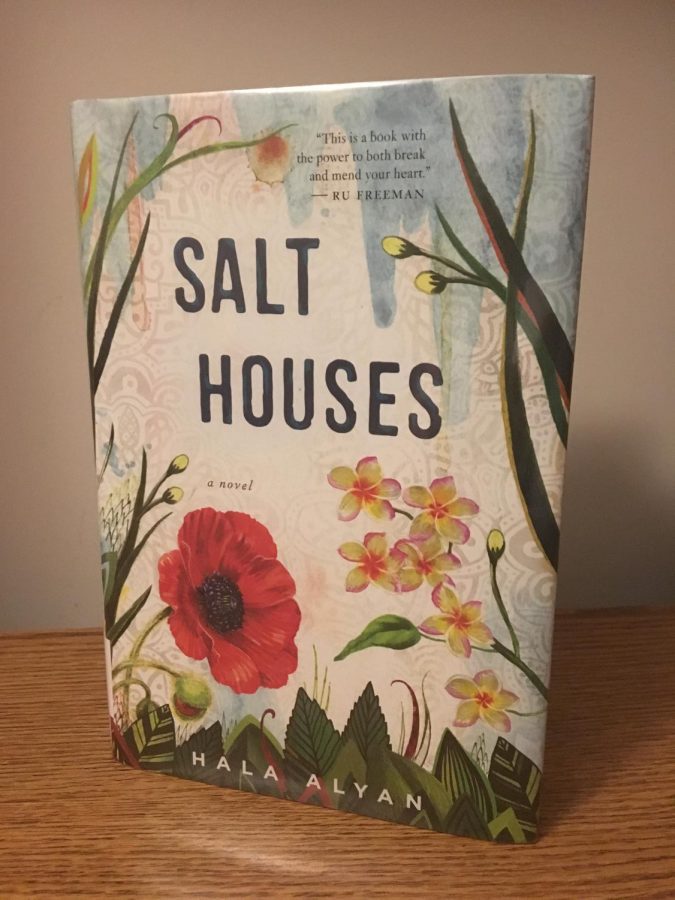 Salt Houses is author Hala Alyan's debut novel. It follows three generations of the Yacoub family as they struggle with war, loss and assimilation.

My biggest regret about the college application process was not having read “Salt Houses” before interviews began.

Whenever I was asked the expected “What’s your favorite book?” I switched off between “A Thousand Splendid Suns” by Khaled Hosseini and “The Namesake” by Jhumpa Lahiri, excluding that horrible time I drew a blank out of nerves and said something completely out of the blue. While I love both, they were banal answers to match a banal question. I was in the search for a book that was interesting to read and interesting to share, something effortlessly unique. A few pages into “Salt Houses” and I knew I had found what I had been looking for.

Hala Alyan’s debut novel is a story of diaspora and home, old and modern, identity and ethnicity. It traverses decades, continents, cultures, religions and income brackets. She focuses on the everyday moments—a coffee set, peppermint candies clinking against a cup, feeding giraffes at the zoo, sugar spilling out of sandwiches—to weave a family tapestry so intimate I felt the urge to cry at the most unexpected of times. More poetry than prose, the skilled writing left me breathless on numerous occasions.

“Salt Houses” follows the Yacoub family as they move from country to country, fleeing a life of war and loss they cannot seem to shake off. It begins in Palestine, which they flee following the Six-Day War of 1967. They then settle in Kuwait only to leave after Saddam Hussein’s invasion. Eventually, it becomes not war that fans the family out across oceans, but marriages, career plans and the need for change. Every time the family moves, they lose a piece of themselves but gain something new in return – a language for a language, religion for secularism, one perspective for another. During this transformative process that encompasses five decades, the family retains a strong identity and attachment to their heritage, even if they have a hard time articulating it at times.

Such a thing is not easy on any of the characters, they all share the same feeling of restlessness and longing, and I appreciate the complexity with which Alyan handles the issue. The Yacoubis are comfortably upper middle class. They employ maids from India and Sri Lanka and the Philippines, they have house parties, attend university and throw out their leftovers. Despite the privileges their wealth affords them, they feel genuine pain at the loss of their homeland and homes. Their struggles and hardships aren’t invalidated by their bank accounts. Rather, Alyan shows readers that the world isn’t black-and-white, where the rich are sheltered from trouble. Religion, ethnicity, income, gender and marital status often become muddled. Where one might benefit in one identity bracket, they aren’t excluded from struggling in others.

The characters are equally layered. Alia, by far was my favorite of the bunch. The novel is chronological but there are significant time jumps between chapters, in one case an entire decade. Each chapter is narrated by a different member of the Yacoub family; Alia could narrate one chapter, her granddaughter Manar another. This format is part of the reason I enjoyed the novel so much. It allowed me to see the characters change and learn from their experiences, Alia especially. As she grew into herself, she grew on me as well. Seeing her through the stages of her life—spirited bride, grieving wife, aloof mother, grandmother—made me appreciate how people can recalibrate, grow and develop as a result of unexpected occurrences. Her changes weren’t always obvious, but that made it all the more meaningful and genuine.

I wanted so much for this book to be good, I almost did not want to read it. As a Muslim myself, the excitement in seeing a Muslim author publishing, a rarity itself, often gives way to worries about being disappointed. My religion is what drew me to, away from and into this book. Right away I felt a strong connection to the characters at times. Like Alia I resist the veil; Salma reminded me of my own grandmother, Riham’s piety of my sister. While I am not Palestinian—as an Indian, I am far from it—I could also see parallels by virtue of being a hyphenated American. Speaking a language I once knew fluently in fragmented sentences, the struggle to explain my heritage, a desire to have a connection to a land I feel I don’t have a claim on due to my Americaness are all things I have struggled with.

This book is less about the Israel-Palestine conflict than the evolution of a family. The layered plot, dialogue and characterization is one that readers can relate to at times and learn from at others. This novel is one of the best I have ever read. It’s one of those masterpieces that you want to share with the world and yet hoard for yourself. No matter what identity categories you belong to or sides of debates you fall, “Salt Houses” is a must-read.