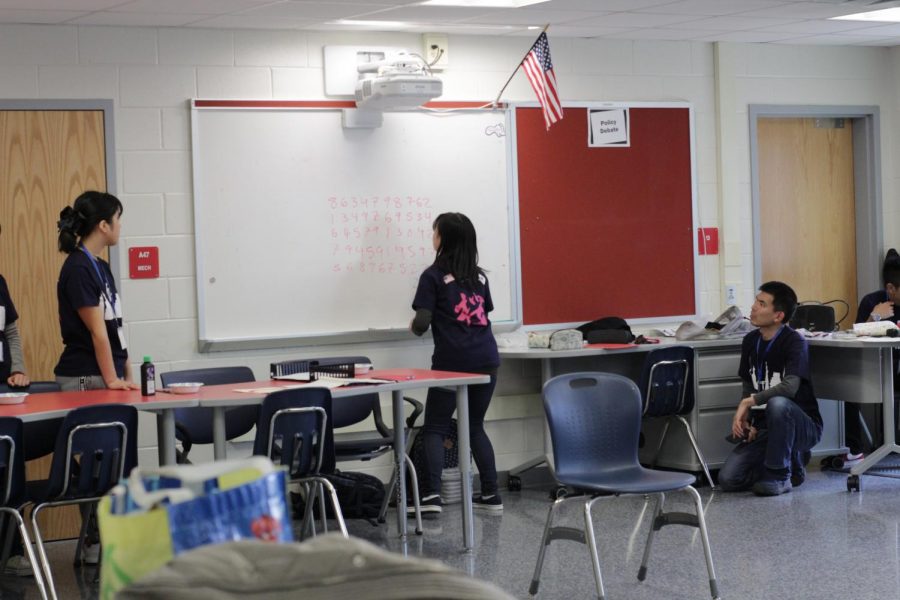 On Wednesday, Mar. 7, students from Chiben Wakayama High School in Japan held a cultural exchange activity with Japanese students at TJ as part of an annual exchange program. The visiting students shared aspects of Japanese culture through demonstrations and interactive activities such as martial arts and calligraphy.

“The purpose is for the Japanese students to show us their culture such as kendo, or how to do calculations in your head using Japanese mathematical techniques and it’s also to kind of engage students in the exchange program,” sophomore Stephanie Hachem said.

The students demonstrated soroban, a mathematical technique in which large sums may be calculated mentally. The method proved to be just as accurate and even quicker than calculations made on a calculator.

“Since I’ve been using a TI-84 for years now, I thought that nothing could beat a digital calculator,” senior Soren Christensen said. “Yet, to my surprise, there exists a weapon to surpass the TI-84: plain old mental abacus. It was a bit humbling to get beaten by mental math, but that’s what years of practice can do for you.”

In another activity, students were given the opportunity to convert their names into kanji, or Japanese characters.

“Kanji has meaning, instead of sound. It looks like it’s complicated but it’s like Lego blocks and each block has meaning. Then, with combination of the blocks, we can easily understand the meaning or the definition of kanji,” Japanese teacher Koji Otani said. “High school students probably need to learn 2000 characters just to read a newspaper.”

In the summer, TJ students will have the opportunity to complete the exchange through a two-week visit to Japan.

“It’s a great program and it’s been going on for about 25 years. It’s from a high school like TJ but in Japan and it’s very interesting to meet them and see how their life is like,” Hatchem said.