Notes Heard ‘Round The World 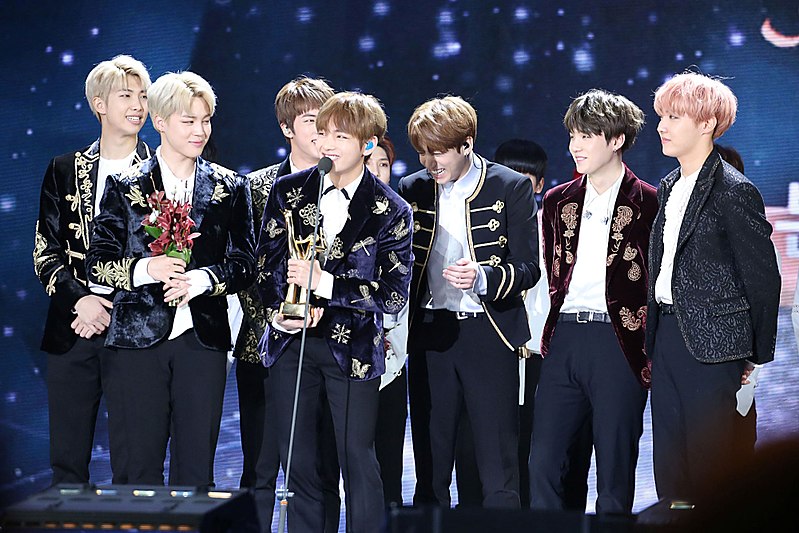 My blood, sweat, and tears

For sophomore Aashni Manroa, these words were the window into a world of Korean pop she had never known. As a child in a Hindi family, she grew up listening to Bollywood tunes alongside several generations of her family. Little did she know that an accidental stumble onto a music video would spur a long-lasting addiction for a completely different world of idols and shows.

Sophomore Aarushi Tripathy’s love for K-pop goes beyond performances and concerts, which she feels can be found across many global pop cultures. Instead, she enjoys the feeling of a more personal connection to the idols themselves.

“Apart from just being a band that you just listen to, they also have a bunch of different platforms where they show things like funny videos of themselves or they show the behind-the-scenes of things that they’re doing, so you can kind of connect with [bands] and laugh with them,” Tripathy said.

The meaning of the individual songs also attracted her attention and filled a gap left by mainstream American pop music.

“[Popular American songs] I hear on the radio usually just talk about love or superficial things. The thing that K-Pop does, especially BTS, they really incorporate social issues,” Tripathy said. “In Korea, mental health is kind of taboo, but BTS talks about it in their songs and that’s something really unique, and it makes me want to listen to [their songs] more because they have an actual meaning.”

Although these songs are primarily in Korean, Tripathy believes their messages still shine through to international fans despite the language barrier.

“Who cares if it’s a different language if it sounds great, honestly,” Tripathy said. “You can look up the meanings of the songs and figure it out, but you don’t have to understand it right away to enjoy it. I don’t even understand half the lyrics at first in American pop too sometimes because they’re talking so fast, and I have no idea what they’re even saying.”

For sophomore Lilian Zhang, however, her love of global music stems more from a personal cultural connection.

“I am Chinese, so I can actually understand the lyrics sometimes and then I know some of the singers. The thing is, some stuff you need to know the language to find it,” Zhang said, “A lot of the things I watch in Chinese, it’s not like there’s an English name for it.”

One such example is shoushiwu, or “hand gesture dance,” in which people put together videos of them performing a miniature dance with their hands in time to music.

“If you looked it up, you probably [could find it], but no one would think to look up ‘hand gesture dances’ because it’s not really [part of your culture],” Zhang said.

Sophomore Medha Gupta finds similar pleasure in listening to music that connects her to her Indian background.

“Bollywood music still appeals to me even after all these years because of the emotional connection I have with it,” Gupta said. “I think it reminds me of memories from my childhood which makes me really happy. It’s my own personal culture which makes me feel so connected to my heritage. It’s partly because of Bollywood music that I am extremely fluent in Hindi and am so knowledgeable about India.”

Each piece of music has carries direct links to other parts of Indian culture, such as scenes from various movies.

“I think other types of pop are more party music and try to appeal to the public. The difference with Bollywood music is that each song is associated with a different scene of a movie,” Gupta said, “This means that each song connects with an emotion and conveys a message to the listener. This emotional connection to the song makes me want to listen to Bollywood and that’s partly why I prefer it to other mainstream music.”

At the end of the day, distinctions between pop from different parts of the world enhance the experience of listening to music from around the world. Whether it be American pop, Bollywood, or Korean pop, each contribute to the growing diversity of our world.

“There are so many different types of pop from around the world, and each of them have their own unique aspect that appeals to different people,” Manroa said. “That’s why branching out to new music from different regions of the world is so cool because it allows you to explore all these unique aspects, as well as bond with people from across the globe in the process.”