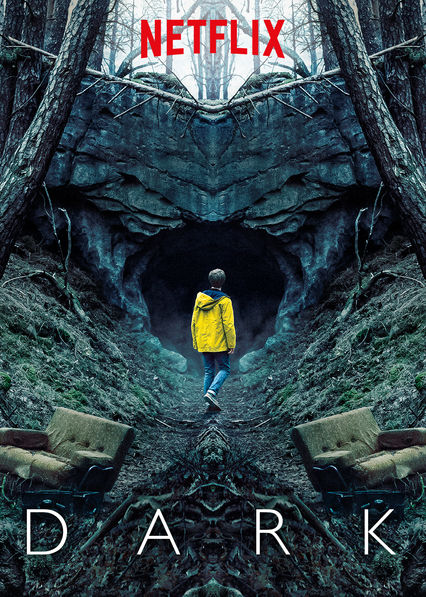 Darkly unsettling from the outset, with strong 80s themes and time-traveling influences, Netflix’s “Dark” is certain to quench your “Stranger Things” thirst until season 3 arrives, and also leave yourself wanting its own season 2 to come sooner. It’s from the 80s throwbacks and the quiet small town that holds something much more ominous than its initial appearances that the comparison between the shows comes. But “Dark” sets itself apart as something deeply disturbing and almost unwatchable, which in turned is contrasted by the thrilling and rich atmosphere and succinct pacing makes it almost ironically impossible to put down.

“Dark” is aptly named both in the metaphorical and physical mindset, from moody, barely-lit scenes to the manipulation and betrayal and hurt that the series holds, suspenseful and yet utterly dark. The series is set in Winden, a rainy, seemingly innocent German town with nuclear smokestacks looming overhead, where all is quiet until a young boy suddenly goes missing. And soon, another.

Then, a body is found.

As the scenes change from 2019 to 1986 to even 1953, family facades start to crumble and the truth finally begins to leak out, hooking you in from the very start and never letting go. It’s a plot difficult to explain in full without spoiling the magic of its storytelling and charm, and is best experienced blind with little prior knowledge.

As for the plot, “Dark” is plagued by haunting scenes of love, betrayal and cowardice, playing with time travel and its consequences for much of the later half of the series. This ranges from the Baby Hitler moral dilemma – if one could go back in time and kill a murderer as a child, should it be done? – to the theory that time travel can change nothing about the future – traveling back in time to change time is a futile act, as your act of changing time has already happened in the future. It’s the latter idea that proves to be “Dark’s” strongest suit, as the series follows characters moving between time periods and the audience works towards discovering what will happen to impact the future.

This tactile guessing game is the best feature of “Dark” – rather than being a passive experience for the viewer, the constant creation of new theories and discovering of new suspects for the mysteries at hand what keeps the tension high and the audience engaged. The vague storytelling and engrossing secrecy forces the audience to think and come up with their own ideas on what happened. There are so many different interpretations from the subtleties the show presents that the big reveal of what has really happened comes as a great satisfaction.

The scope of the series seems extremely broad from the very beginning – covering four families over three generations is a trick that’s very hard to pull off without confusing the audience. But, each character is expertly crafted in a way that sets each apart from the rest, and all are introduced so slowly and adeptly that the audience barely realizes how large the cast of characters is until it hits them. There are very few likable characters, but all of them are memorable and realistic enough for the audience to sympathize and understand them. And for a show that’s been entirely dubbed from another language, this is all handled tactfully.

Some of the best moments in the show come from these both unlikeable and relatable characters as well – for a series set over the course of more than half a century, it’s that “click” moment when you finally realize who one character is in the future that keeps you watching, finally discovering new motives and passions for each of them. It’s a strong hook to keep viewers into the story and constantly on their toes, anticipating the next big shock.

In the end, “Dark” offers up some of the most intriguing storytelling out there, allowing audiences to come up with their own theories about the occurrences and displaying a unique cast of characters that you won’t find anywhere else. The gloominess and atmospheric storytelling allows the series to stand apart from the crowd, and brings forward a deeply intriguing story about time travel and its consequences. As the first German Netflix Original, it sets the bar high for other foreign series coming to the platform and for its green-lit second season, for which production will begin later in 2018.