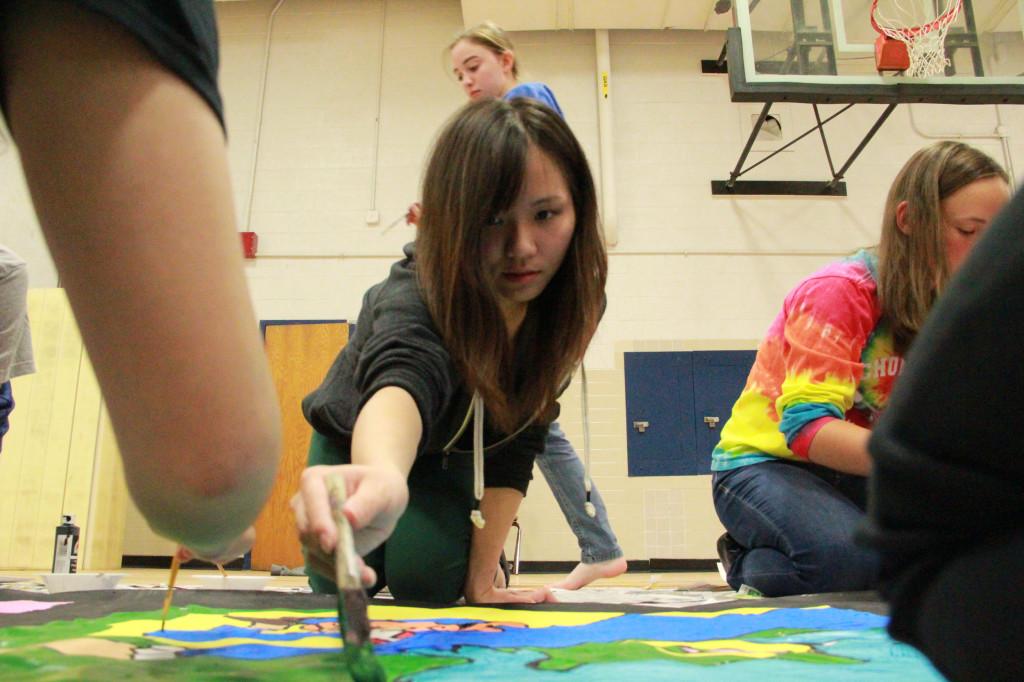 Gym 2 on Oct. 12 was crowded with students painting their class’s Homecoming banners. After several weeks of careful planning, the students were only given two eighth period blocks to start and finish painting.

Freshmen drew a row of animals with plants on both ends of the banner to get the natural feeling of their “Super Safari” theme. Sophomores, whose theme is “Futuristic Funk,” made use of 3D paper robots and letters made up of glitter. Juniors stuck plastic jewels on top of their black background to highlight their “Sensational Celebrations” theme.

Seniors, sticking to their winning formula of making a banner out of panels, made a “Victors vs. Villains” comic strip about a normal student transforming into Mr. Colonial to make a touchdown againstGeorgeC. MarshallHigh School’s football team.

“We’re going to win the banner competition this year,” senior Kate Peng said, “because we are organized, creative and aesthetically pleasing.”

The judging took place on the same day, Oct. 12, and the seniors won first place. The rest of banners tied and the results are yet to be announced.