Varsity volleyball’s win inspires them for the future 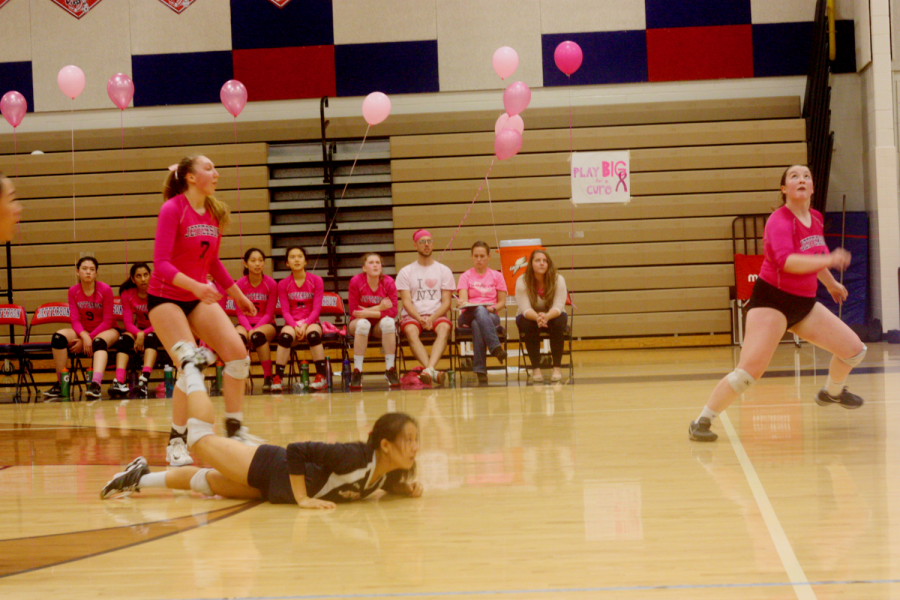 The team goes low to ground a ball in the opposing team's court.

Finishing with a score of three-two, the Varsity Volleyball team enjoyed a win against J.E.B. Stuart High School on October 16 as part of TJ’s Play Big For a Cure games for supporting breast cancer patients.

Starting the game with their standard “One, two, three, TJ!” cheer, the team played five tense games to win the match, with every player giving it her all and focusing on specific skills as practiced.

“The other team had a big block and great defense so we were focused on running different plays and putting the ball to open spots to try and outsmart them,” outside hitter Jessica York said. “We also tried to serve aggressively to make it more difficult for them to get good passes and run their offense.”

Despite their win, the team is still looking to improve their playing and use what they’ve learned to perform better than ever before.

“I learned that when facing a team with good blockers, I need to vary up my plays more since under pressure I tend to stick to default, predictable plays,” middle blocker Ellen Chung said.

The team will play against Lee HS and Wakefield HS respectively on the 18th and 19th, continuing their sportsmanship and passion.