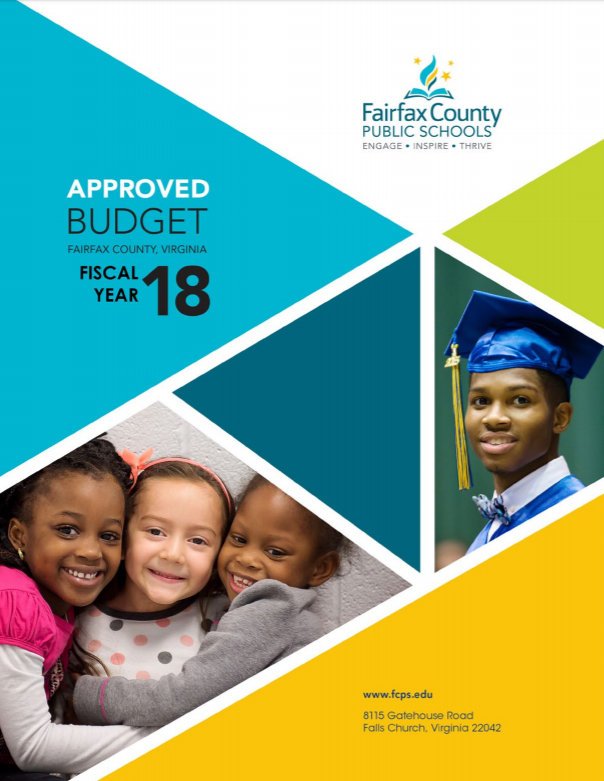 The Fairfax County Public Schools budget for the 2018 fiscal year introduces AP/IB test fees, a one-time activity participation fee, and a school transfer fee, fees that'd be expected to be paid for by students.

Left to deal with increased enrollment and complaints, Fairfax County Public Schools decided to budget for a $26.6 million in pay for teachers, bus drivers, public health attendants, and other eligible employees for the 2018 fiscal year. However, this came at a cost that hits close to home: class sizes are increased, a $100 fee for transferring schools, a $50 extracurricular participation fee, and an AP/IB exam fee of $100 for every exam taken after the allotted six.

In the past, FCPS has covered all exam costs for students in enrolled in a course. But with the advent of a required reduction in costs, we students must shoulder a greater cost than before in order to fully challenge ourselves in the classes and activities that we love.

On the surface, this cut is confusing, putting all parties at a disadvantage while only generating $0.6million in revenue. This move puts low-income students at an even greater disadvantage than before; those who can pay the $100 testing fees now will be able to save thousands in course fees in college and be able to add more numbers to their resume to gain a leg up in the college admissions process. This puts FCPS at a disadvantage, particularly in terms of those coveted U.S. News ratings: the number of AP tests taken by students in core content areas are used to calculate tie-breakers, used in the 2014-2015 school year for 297 schools.

However, if we look closer into the root causes of these cuts, we see that FCPS has mainly been constricted by the failure of the meal tax to pass. The meal tax would’ve raised around $99 million a year, 70 percent of which would’ve been dedicated to FCPS and 30 percent of which would’ve been dedicated to County services, capital improvements, and property tax relief. The core issue here is that the meal tax was opposed by voters, and with this came a greater cost to the public at the benefit of a small number of food production businesses. On the business’ side, CEO of Great American Restaurants Jon Norton had argued that meal taxes would “hurt area restaurants, cause establishments to hire less, and mean less tips for employees.”

While a 4% tax on prepared foods, on top of the real estate, property, and business taxes that residents can expect to pay, seems to disadvantage the masses at the benefit of a few, the same can be argued for those who approve of the meals tax.

The meals tax might’ve discouraged some residents from eating out, but $70 million a year would have gone to benefit FCPS, a county of almost 200,000 students in need of high-quality public education. The nature of local governments’ tax systems already inherently incorporates steady funding going towards the good of our public schools; even those without children are expected to pay their taxes with the understanding that $2 billion of those dollars will be going to fund public education.

The meals tax would’ve also greatly unburdened students, especially those from disadvantaged backgrounds, from the fees they are now expected to pay for taking AP/IB exams to get ahead, participating in extracurriculars, and transferring to a non-base high school. The affluent can afford to pay these dues, but what about those who can’t take the extra $50 out of their family income to be involved in sports and activities outside of school? Adding these fees adds another obstacle, preventing students from adding more to their list of experiences and extracurriculars, further disadvantaging those who are struggling from gaining acceptance into better undergraduate and graduate schools.

What can we do? Speak out for the meals tax to be reintroduced to the board so the cost of well-deserved increases in teacher salary don’t have to be shouldered onto students. Get your parents out to vote for the meals tax to be passed. One way or another, we can’t keep pushing all these excessive fees onto students, some of whom are already in a vulnerable position to begin.