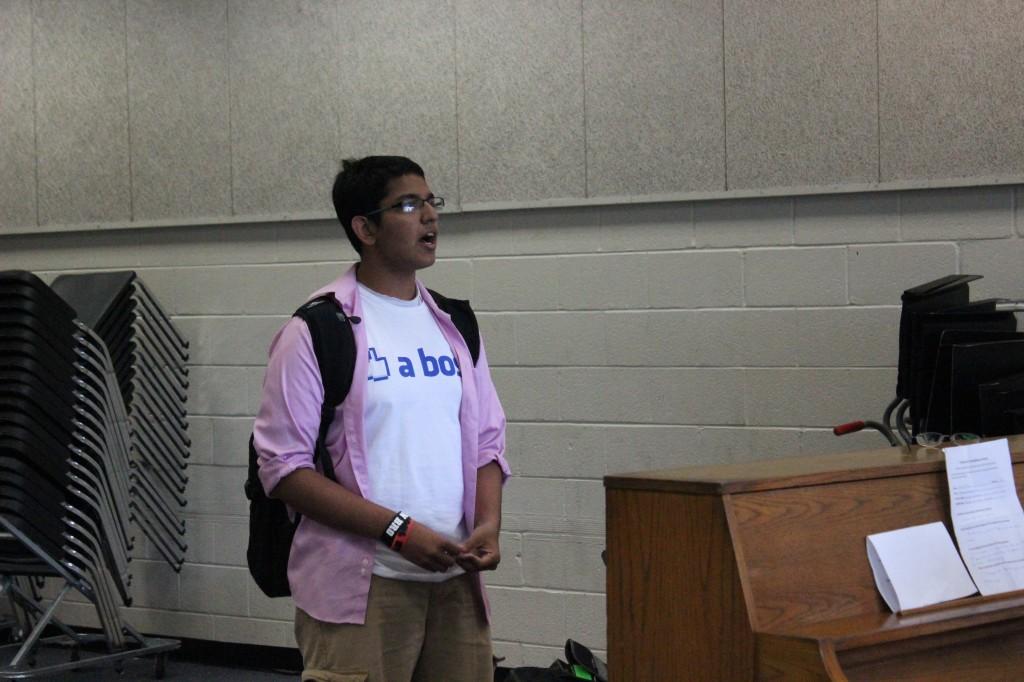 Auditions for students to join TJ Show Choir were held on Sept. 28 during lunch. The choir, founded in 2010 by senior co-captain Zophie Quan, is known for singing pop, Disney and Broadway songs, as well as incorporating more choreography and movement compared to the other co-curricular choirs.

“Show Choir is pretty new so we’re trying to focus on singing. We don’t try to go for the super complicated,” Quan said.

Interested students, like sophomore Shuvam Mishra, went through the audition process of singing one to two minutes of a song of their choice as well as having their vocal range checked with a piano to see what notes they were able to reach.

“Our goal is to have a bigger production and make it more flashy,” Quan said. “We want to make it better than last year. This year we’re more prepared, and we have finished the choreography.”

Results were e-mailed out over the weekend of the week of the audition and were also posted in the Music Wing on Oct. 1.