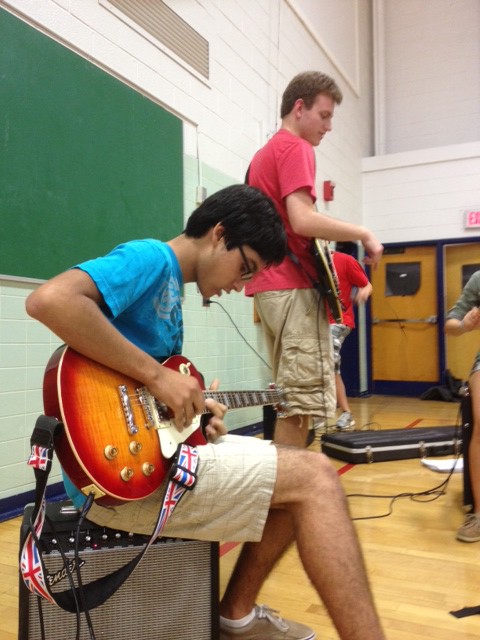 Junior Tom Stone practices on the bass guitar in the gym next to a mass of dancers. While the majority of the students are learning choreography, Stone and his friends are preparing a piece of music for his class’ musical extravaganza (MEX).

Live music has been an integral component of MEX for years, and this year will be no exception. Stone and his friends are members of the band “The Axis,” and they will be featured in two songs in the junior MEX.

“We decided we could play for MEX on the side,” Stone said.

The band has been meeting with other musicians during lunch on Wednesdays and Fridays for weeks to get up to speed on their junior music.

With the help of bands like the “The Axis,” many singers and band and orchestra members will provide music to make each production memorable.