Saving Forever aims for the charts with “Million Ways” 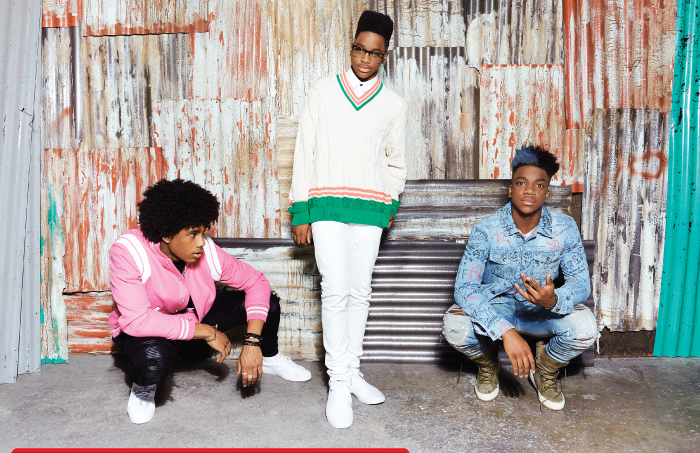 Need some sweet pop rock tunes that you can enjoy on the dance floor? Try Saving Forever, a boy band from Chicago Illinois comprised of brothers Khaden, Kye, and Kavah Harris. Signed to Epic records, the band claims to be influenced by everything rock and alternative, from Black Sabbath to Twenty One Pilots. They recently released their second single titled “Million Ways,” accompanied with a music video. The song definitely attempts to climb top 40 charts, and definitely has potential, but I see a lot of room for improvement.

Let’s talk about the song itself first. It starts with a super sticky bassline that soon takes a backseat to the lead vocals after the intro. I like the bouncy, danceable feel to the verses and the buildup to the chorus in the pre chorus, which has a catchy melody. However, it leads into an ungratifying chorus, which is what turned me off. The chorus features bland four-to-the-floor percussion and a repetitive vocal pattern backed by some guitars. I enjoyed the slick groove the verses brought to the table, but this part of the song really trashes it to make this track more danceable.

There’s a definite Maroon 5 influence that’s apparent right when the song starts, and I think the band should attempt to move past the Maroon 5 formula if they want to be more than an eventual one hit wonder. However, I can see why they are going for this sound, since the mainstream pop scene seems to be accepting more organic sounding songs, and of course this sound has bagged Maroon 5 huge hits, like “Sugar.”

But a huge underlying issue is the production. It’s flat, overly synthetic for a song that wants to be a rock song. There is an obvious use of autotune throughout the whole track, noticeable from the first exclamation of “yeah.” I’m sure that all of the brothers have talent and I didn’t see a reason for autotune this heavy on the track, especially since the vocalists go for notes that make it more prominent. Overall, my problem with the production here is that it clashes with the vibe the song clearly goes for.

The music video that accompanies this track is cool, and it does capture the energy of the song well. It’s low budget, but I don’t expect a high budget video from a band this early in their career. The video doesn’t have a crazy concept or anything, but there are plenty of good shots, and it’s a lot of fun to watch.

Although I don’t think this song is great, it’s a solid start to Saving Forever’s career, defining the sound they want to go for. Although this style of pop rock isn’t for me, I hope that they can find success with this song and in the process, find what makes them unique.