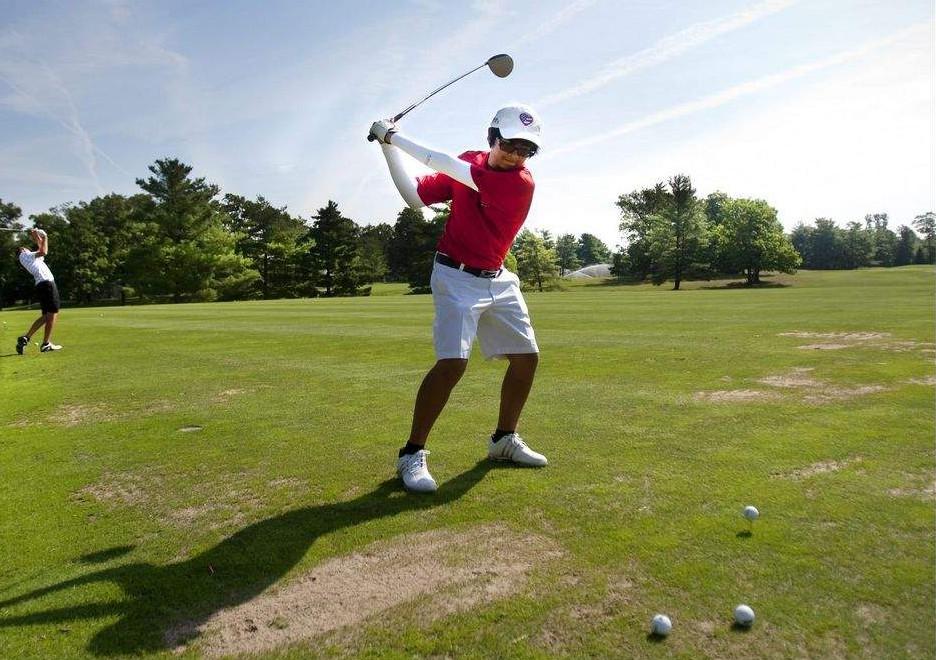 Currently ranked number one in the Commonwealth of Virginia for the graduating class of 2016 by the National Junior Golf Scoreboard, Nathan Chuwait, is one of the new additions to the varsity golf team.

The season ended for the team in early October, but not for Chuwait. On Oct. 8 and 9, Chuwait represented Jefferson at the state tournament. The top six individual golfers were taken from the District tournament moving on to Regionals. Then the top six golfers were chosen for states. Chuwait competed among the best of the best golfers from different high schools throughout Virginia.

Although Chuwait did not win States, he still considers it a win to have gotten so far.

“One of my greatest accomplishments was winning Districts and Regionals as a freshman representing TJ. It made me extremely happy,” Chuwait said.

Chuwait began golfing at the age of three, being influenced by his dad and his past experience. He began entering tournaments at the age of five and has continued to play since.

“It is my passion in life,” Chuwait said, “I try to practice everyday, and usually I get in one and a half to two hours on weekdays and four hours on weekends. It’s a great feeling when I win knowing that all my hard work has paid off.”

Chuwait also plays for the American junior golf association (AJGF) holding the highest ranked level in this league as well.

Luo describes Chuwait as,” Consistent,” she then further said,” At regionals, even though he beat me by one, he seemed as happy for me as he was for himself to have gotten so far.”

Chuwait is only willing to contemplate his golf future through the end of high school.

” I’m really just focusing on getting into the medical field, but if everything with golf continues to go well, I wouldn’t mind turning my attention towards going pro.”